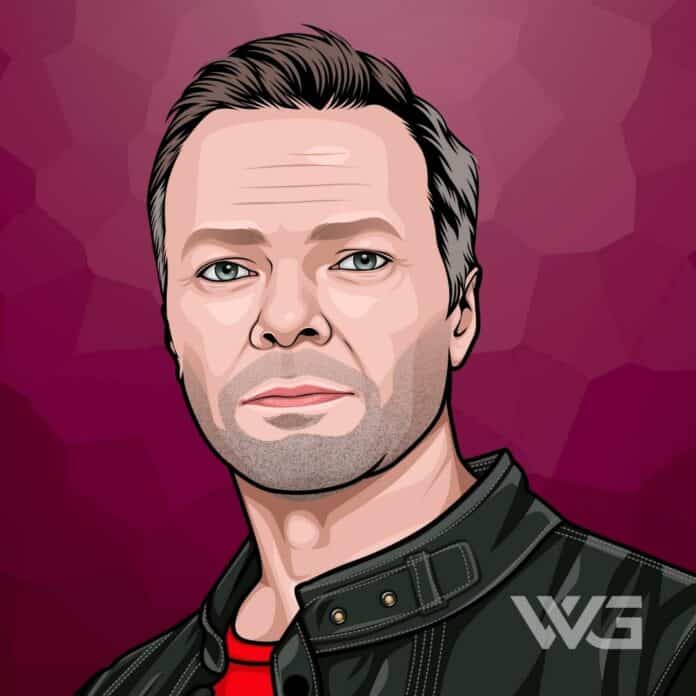 What is Pete Tong’s net worth?

Pete Tong is an English DJ and music producer known for his work on the BBC Radio 1 show Essential Mix, helping to define dance music since the 1980s.

One of the most iconic DJs of his time, he has performed at some of the world’s biggest venues and festivals alongside the industry’s biggest stars.

Peter Michael Tong was born July 30 1960, in Dartford, England, moving to Rochester in Kent to study at King’s School.

Initially a keen drummer, Tong moved on to DJing when he was a teenager, performing at a friend’s wedding at the age of 15 while promoting local bands.

While in Kent, Tong also worked with the Soul Mafia and DJed using the name Kickstart Roadshow.

In the late 1970s, he worked as an advertising sales assistant for Blues and Soul magazine, leaving them to work as an A&R manager for London Records and discover the emerging house music scene.

Tong’s professional career began in the 1980s, with DJing gigs for Invicta Radio and Capital Radio as outlets for his dance music output.

By the early 1990s, Tong began his popular Essential Mix show for Radio 1, which he would continue over the following years, establishing himself as one of the hottest DJs in the UK.

His DJ work outside of the studio saw Tong take up residency in Ibiza’s Pacha nightclub and at the Eden nightclub in Sant Antoni de Portmany for his Wonderland nights.

Tong has been involved in dozens of remixes over the years, including a remix of songs by some of the richest rockstars in the world for the Beatles’ song, Tomorrow Never Knows.

He has also remixed the classic Elton John song, Good Morning To The Night, releasing the track through the Ministry of Sound record label.

For the 2004 movie It’s All Gone Pete Tong, he made a guest appearance along with Carl Cox, Fatboy Slim, and other high-profile DJs from the era.

In 2016, Tong appeared in the Steve Aoki documentary, I’ll Sleep When I’m Dead, which was later nominated for a Grammy Award.

With his consistent appearances on Radio 1 and residencies in some of the best-known night clubs, Pete Tong has remained one of the richest DJs in the world, with high career earnings.

His annual salary for presenting the Essential Mix was estimated at around $89,000 per year, with his club residencies adding considerably to this figure.

Royalties from his many singles and albums will ensure this figure is higher, with additional revenue streams from his website and other collaborations.

While the exact details of Pete Tong’s net worth growth over time are unavailable, his regular fixture at the BBC and with some of the world’s leading venues gives insight into its trajectory.

His career during the 1990s running the Essential Mix as well as producing many songs and compilation albums will have seen his net worth grow considerably.

Compilation album royalties and events such as Miami Music Week and Pacha ensure a steady income stream to enhance his wealth and assets further.

Pete Tong married Carolina Acosta in 2006 and was previously married to Deborah Tong, with whom he has two stepchildren.

His biological daughter, Becky, is also a well-known DJ and has worked with Tong on the Virgin Media campaign for his Club Rewind gig.

With a career beginning in the 1980s and continuing to the present day, Pete Tong’s contributions to music have been widely recognized.

He’s been honored by some of the most prestigious institutions in the UK and the leading music industry publications.

Here are some examples of the awards and accolades from Pete Tong’s career:

Fully deserving of his accolades and honors, Pete Tong has helped some of the biggest names in dance music achieve international fame and recognition.

How Does Pete Tong Spend His Money?

With his worldwide tours and Ibiza residency, Pete Tong has experienced the high points of life as an international DJ.

Throughout his career, Tong has traveled to some of the most expensive cities in the world, playing at the best clubs available.

He is known to drive a Jaguar E-PACE Sports Compact SUV car, which has been dubbed the Jaguar Land Rover due to the collaboration between the two manufacturers.

One of the most celebrated DJs of his generation, Pete Tong’s career has featured many highlights and successes.

Working on the most prestigious British radio station, he’s become an icon for dance music enthusiasts around the world.

Here are some of the best highlights of Pete Tong’s career:

With his career still ongoing, we can expect many more successful moments in Pete Tong’s journey as a DJ and music producer.

Pete Tong has been interviewed hundreds of times over the course of his career, sharing his insights into the art of DJing and promoting the best talent in electronic music.

Here are our favorite quotes from Pete Tong:

Now that you know all about Pete Tong’s net worth, we’ll dive into some of the valuable insights we can learn from his experiences as a professional DJ.

Here are some of the best success lessons to learn from Pete Tong:

1. Always Support Up And Coming Talent

While Pete Tong has enjoyed huge success on his own terms as a producer and DJ, he’s always maintained an outlook to help others find their way.

From his early days in radio, his commitment to promoting hot new talent has helped some of the biggest acts find their audience.

Tong’s experiences in the music industry are impressive, and the DJ is keen to share this knowledge with up-and-coming DJs and producers.

Together with Carl Cox, he’s worked on a new DJ Academy series of tutorials to help inexperienced producers find their way.

3. If You Discover A Successful Format, Stick With It

Tong’s output has been diverse over the years, but his compilation albums have always proved popular over the years he’s been producing them.

If you hit on a format that fans enjoy, stick with it for a consistent stream of revenue.

That concludes our article exploring Pete Tong’s net worth, covering his career with the BBC and legendary residencies at the world’s most prestigious nightclubs.

We’ll update this article in the future to reflect any changes to his net worth, so make sure you check back again for all the details.

What do you think about Pete Tong’s net worth? Leave a comment below.