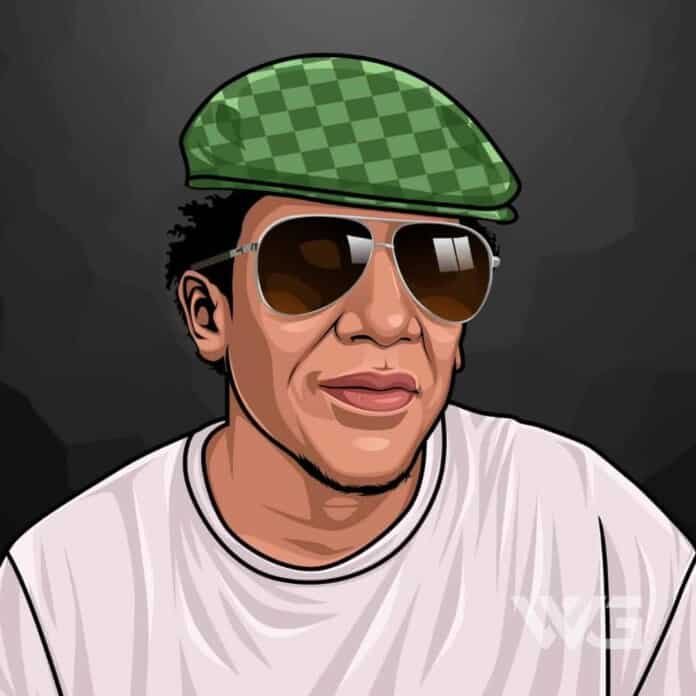 What is Tego Calderon’s net worth?

Calderon began his musical career in 1996. He reached international success in 2003 with his first album ‘El Abayarde.’ His first album sold 300,000 copies worldwide and was nominated for a Latin Grammy Award.

Tegui Calderón Rosario was born on the 1st of February, 1972, in Santurce, Puerto Rico.

Rosario was exposed to many different cultures, eventually studying percussion and working as a drummer in a rock band.

The band would cover songs produced by artists including Ozzy Osbourne and Led Zeppelin. He was influenced by many genres, and he likes to incorporate them into his music. He developed a music style heat that combines elements of salsa, plena, dancehall, and hip-hop.

Calderon is credited with bringing reggaeton to the masses and has received high critical praise from numerous music reviews, including reviews in The New York Times.

Calderon was born in Puerto Rico, and when he was younger, he worked as a drummer in a rock band. He was influenced by Puerto Rican and jazz music.

His music style is eventually combined with salsa, dancehall, hip-hop, and plena. In 2002, he released his debut album ‘El Abayarde’ was released.

Calderon was the first rapper to perform at the Puerto Rican National Day of Salsa. He has been featured in remixes for Usher,  Fat Joe, N.O.R.E, and Akon.

His album ‘THe Underdog’ made it to the 2nd spot on the US Latin charts. He made his acting debut in the film ‘Illegal Tender.’ He is featured as Leo Tego in Fast & Furious and Fast Five of the Fast and the Furious franchise.

Here are some of the best highlights of Tego Calderon’s career:

“Yeah, thank God my parents are people that are pro-black and are also for the independence of Puerto Rico. I grew up in a house that is very different than others, and I don’t blame people that feel the way they do because they have been sold this.” – Tego Calderon

“This is a struggle. I think that at least in Puerto Rico, black people need to get together and demand our rights, just like Martin Luther King and the NAACP did. Because if you don’t demand your rights, nothing happens. So I think it is time that we tell the politicians that we are a force, that we are many.” – Tego Calderon

“I go to it, this place, in the same way, that I got to it. It occurred to me to inhabit the space I had there, and no one was paying any attention to it at the time. Well, it became a life plan, do you understand? We make music while we respect the art, and we’ve made art before locking ourselves in a studio.” – Tego Calderon

“Yes, I’m always in the studio. We’re always playing. I often play drums, percussion. It has been a pleasure to work on this new project, and I have another side project as well. Being a musician is always decent.” – Tego Calderon

“Well, I wouldn’t know what to say about outrageous things, but I can tell you about moving things. My career took me to Africa, and I was able to see the world from that perspective. I owe that to the music, and it’s something I’ll always carry.” – Tego Calderon

“I like the era in which I get to live in. I wouldn’t go to any other because there are very good people in all eras, and the further back you go, the harder it will be. So I’ll stay in this era. This is the one I got.” – Tego Calderon

Now that you know all about Tego Calderon’s net worth and how he achieved success; let’s take a look at some of the lessons we can learn from him:

Nothing in this world is handed to you. You have to go out and get it! Nobody said it would be easy, but hard work always pays off.

Laziness pays of overnight; however, hard work pays off throughout your life. Don’t be lazy. Work hard.

People that are successful are not gifted. They just work hard, then succeed on purpose.

How much is Tego Calderon worth?

Tego Calderon’s net worth is estimated to be $3.5 Million.

How old is Tego Calderon?

How tall is Tego Calderon?

Tego Calderon is a Puerto Rican singer and actor.

Calderon has released five studio albums. ‘El Abayarde’ had sold over 50,000 copies when it was released. He began his musical career in 1996 and was supported by the famous Puerto Rican rapper Eddie Dee.

He reached international success in 2003, with his first album ‘El Abayarde.’

What do you think about Tego Calderon’s net worth? Leave a comment below.

Discover the television and movie highlights, as well as the brand endorsements that have helped her achieve her impressive net worth.