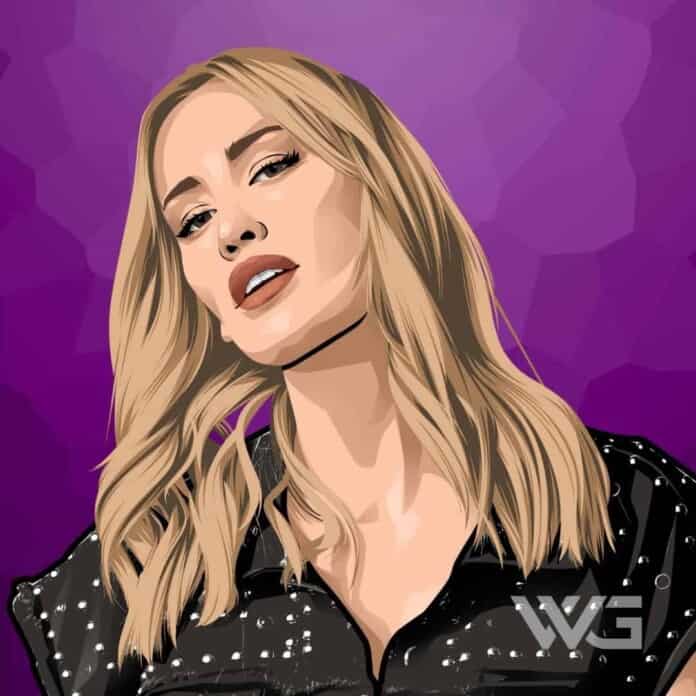 What is Mattn’s net worth?

Mattn is a DJ from Belgium.

She has performed at Europe’s biggest electronic music events, including Tomorrowland and House of Madness. Mattn has also performed live alongside prominent EDM artists like Futuristic Polar Bears.

Anouk Mattonw was born on the 18th of December, 1992, in Leopoldsburg, Belgium.

She attended Bovenbouw Sint-Michiel and the University of Antwerp.

He worked as a catwalk model for a few years and joined Instagram, where she now has over 262,000 subscribers. In 2015 she started DJing, and some tracks under her name were also released.

Mattn has already made a mark as one of the hottest young female artists in the electronic circuit. Her recipe of arena-worthy beats and exciting melodies captivate audiences worldwide and effortlessly combine to create her own unique flavor.

Her blend of underground and mainstage appeal has seen her lend her skills perfectly to a wide array of events, from Ushuaia Ibiza to clubs worldwide. However, to the legends of dance music that are Tomorrowland mainstage, Creamfields, Mysteryland, Sunburn, etc.

She is the first female artist to appear on Smash The House, but she isn’t a DJ who lets her gender define her, dropping some production skills and prowess as a DJ that allows her to stand out based on her musical ability alone.

Her past and upcoming releases on the label prove beyond any doubt that Mattn has what it takes to hit the top, and she isn’t about to let anything get in her way.

She is best known for her Late’, ‘Lonely Wolf,’ and ‘Jungle Fever.’

As of February 2023, Mattn’s net worth is estimated to be roughly $1 Million.

Here are the best highlights of Mattn’s career:

“I started my DJ career about 4 years ago. I always have been very passionate about music, and during my teenager years, I admired looking at DJ’s playing in clubs and festivals, so when I finished school, I just had a feeling I really wanted to take my love for DJing to a serious level and started practicing every day every hour every second for one year straight.” – Mattn

“My first DJ set ever was at a local small gathering afterparty for a sports competition in Belgium. I was unbelievably nervous and was almost having a panic attack, but once I started, I felt more and more comfortable, and the people really showed their appreciation, and the feeling I got while playing is something I will always remember and be grateful for.” – Mattn

“I met Dimitri in Ibiza because I was invited by their manager to play a set at their House of Madness parties in Ibiza. Back then, we were both in different relationships, but those relationships finished pretty soon after we met, and yeah … we just fell in love!” – Mattn

“Well, we have chosen Ibiza to be our wedding location, because first of all, it is the place where we met, and second we spend all of our summers there, and we love the chill and relax vibe. We also think it’s one of the most beautiful islands in the world.” – Mattn

“When I was younger and went to so many festivals and clubs, I was always so fascinated with the DJs and how they were able to make a whole crowd go crazy. I was intrigued on how they did it and how they mashed all these tracks together, that I started to play around with DJing myself.” – Mattn

Now that you know all about Mattn’s net worth and how she achieved success; let’s take a look at some of the best lessons that we learn from her:

1. Be True To Yourself

Be true to yourself, help others, make each day your masterpiece, make friendship a fine art.

Music, it’s a work of art, but music is also a way of having fun.

Be you, your unique self. Don’t follow the stream. Too many people are going in that direction.

How much is Mattn worth?

Mattn’s net worth is estimated to be $1 Million.

How old is Mattn?

How tall is Mattn?

Mattn is an amazing DJ who has played in Tomorrowland, Creamfields, Sunburn, and Mysteryland, just to name a few.

She has influenced millions with her music. At the beginning of her career, she loved singing, but as her career took off, more and more people started to hear her sing at some karaoke bars after shows in Asia.

This is a lesson that you should never give up on your dreams.

As of February 2023, Mattn’s net worth is estimated to be roughly $1 Million.

What do you think about Mattn’s net worth? Leave a comment below.