Farming is a part of agriculture. Not only growing food for people and animals but also growing other things such as flowers and nursery plants.

Farming is an important part of the cycle of life. We’ve scoured the web, and put together a collection of the best farmer quotes to appreciate the farmers for all of the dedication and hard work.

Here’s a collection of the most precious farmer quotes:

53 of The Most Precious Farmer Quotes

1. “We have neglected the truth that a good farmer is a craftsman of the highest order, a kind of artist.” – Wendell Berry

2. “It is only the farmer who faithfully plants seeds in the Spring, who reaps a harvest in the Autumn.” – B. C. Forbes

3. “Agriculture not only gives riches to a nation but the only riches she can call her own.” – Samuel Johnson

4. “Farming is a profession of hope.” – Brett Brian

5. “My grandfather used to say that once in your life you need a doctor, a lawyer, a policeman, and a preacher, but every day, three times a day, you need a farmer.” – Brenda Schoepp

6. “I would rather be on my farm than be emperor of the world.” – George Washington

7. “Factory farming came about from a moral race to the bottom, with corporations vying against each other to produce more and bigger animals with less care at lower cost.” – Matthew Scully

8. “If you tickle the earth with a hoe she laughs with a harvest.” – Douglas Jerrold

9. “Whether it’s on the tractor or in the pasture with the cows, I just love being able to take my kids to work when I need to.” – Will Collier

10. “The goal of any farmer, after producing enough to feed his own family, has always been to find the best place to sell the year’s crop.” – Sonny Perdue

11. “Agriculture is the greatest and fundamentally the most important of our industries. The cities are but the branches of the tree of national life, the roots of which go deeply into the land. We all flourish or decline with the farmer.” – Bernard Baruch

12. “To make agriculture sustainable, the grower has got to be able to make a profit.” – Sam Farr

13. “The farmer is the only man in our economy who buys everything at retail, sells everything at wholesale, and pays the freight both ways.” – John F. Kennedy

14. “The farmer has to be an optimist or he wouldn’t still be a farmer.” – Will Rogers

15. “Agriculture has become essential to life; the forest, the lake, and the ocean cannot sustain the increasing family of man; population declines with a declining cultivation and nations have ceased to be with the extinction of their agriculture.” – Elias Hasket Derby

16. “Agriculture is the noblest of all alchemy; for it turns earth, and even manure, into gold, conferring upon its cultivator the additional reward of health.” – Paul Chatfield

17. “I do think that there is a big difference between family farms and agri-business, and one of the distressing things that I think has occurred is with consolidation of farmlands. You’ve seen large agri-businesses benefit from enormous profits from existing farm programs, and I think we should be focusing most of those programs on those family farmers.” – Barack Obama

18. “I think having land and not ruining it is the most beautiful art that anybody could ever want to own.” – Andy Warhol

19. “There are two spiritual dangers in not owning a farm. One is the danger of supposing that breakfast comes from the grocery and the other that heat comes from the furnace.” – Aldo Leopold

20. “It is thus with farming: if you do one thing late, you will be late in all your work.” – Cato the Elder

21. “It feels good at the end of the day to know you made a product that other people are going to enjoy.” – Jericho Sanchez

22. “Agriculture is our wisest pursuit because it will, in the end, contribute most to real wealth, good morals, and happiness.” – Thomas Jefferson

23. “The ultimate goal of farming is not the growing of crops, but the cultivation and perfection of human beings.” – Masanobu Fukuoka

24. “Do what you love to do, and be around things that make you smile. The cows make me smile every day.” – David Jackson

25. “A farm is a manipulative creature. There is no such thing as finished. Work comes in a stream and has no end. There are only the things that must be done now and things that can be done later. The threat the farm has got on you, the one that keeps you running from can until can’t is this: do it now, or some living thing will wilt or suffer or die. Its blackmail, really.” – Kristin Kimball

26. “When I help a farmer, I don’t differentiate between them based on their region, as farmers have no borders. I want to live like a world citizen and react like a human being.” – Prakash Raj

28. “There are only three things that can kill a farmer: lightning, rolling over in a tractor, and old age.” – Bill Bryson

29. “I love the idea of farm to table and farmer’s markets. I enjoy a meal more if I know I’m eating something that’s good quality and good for me.” – Haylie Duff

30. “Agriculture was the first occupation of man, and as it embraces the whole earth, it is the foundation of all other industries.” – Edward W. Stewart

31. “Farmers only worry during the growing season, but townspeople worry all the time.” – Edgar Watson Howe

32. “As long as there’s a few farmers out there, we’ll keep fighting for them.” – Willie Nelson

33. “Agriculture is the foundation of manufactures since the productions of nature are the materials of art.” – Edward Gibbon

34. “Strong communities are built around local, real food. Food we trust to nourish our bodies, the farmer and planet.” – Kimbal Musk

35. “Farming is a matter of dirt and dung. It is not the kind of thing we look to find the meaning of human life. It is too ordinary, too inescapably a part of life to be interesting. We know that it has to be done, but see no reason to pay much attention to it. But it is just because farming is inescapably a part of human life that it may provide a clue to what is most basically human, and so a clue to our place within the cosmos.” – Stephanie Nelson

36. “You know, farming looks mighty easy when your plow is a pencil, and you’re a thousand miles from the cornfield.” – Dwight D. Eisenhower

37. “Farming looks mighty easy when your plow is a pencil and you’re a thousand miles from the cornfield.” – Dwight D. Eisenhower

38. “Farming isn’t a battle against nature, but a partnership with it. It is respecting the basics of nature in action and ensuring that they continue.” – Jeff Koehler

39. “If the rain spoils our picnic, but saves a farmer’s crop, who are we to say it shouldn’t rain?” – Tom Barrett

40. “Frankly, any city person who doesn’t think I deserve a white-collar salary as a farmer doesn’t deserve my special food.” – Joel Salatin

41. “Agriculture is the most healthful, most useful and most noble employment of man.” – George Washington

42. “When tillage begins, other arts follow. The farmers, therefore, are the founders of human civilization.” – Daniel Webster

43. “A good farmer is nothing more nor less than a handyman with a sense of humus.” – E. B. White

44. “Life on a farm is a school of patience; you can’t hurry the crops or make an ox in two days.” – Henri Alain

45. “Agriculture looks different today – our farmers are using GPS and you can monitor your irrigation systems over the Internet.” – Debbie Stabenow

46. “My dream is to become a farmer. Just a Bohemian guy pulling up his own sweet potatoes for dinner.” – Lenny Kravitz

47. “My feeling was, you plant some seeds. If they grow, great; if they don’t, you don’t take it personally. Not my problem; I just kept planting. Just like a farmer.” – Hank Haney

48. “It is impossible to have a healthy and sound society without a proper respect for the soil.” – Peter Maurin

49. “No race can prosper until it learns there is as much dignity in tilling a field as in writing a poem.” – Booker T. Washington

50. “The story of family farming underscores a legacy of sustainability.” – Amanda Zaluckyj

51. “The discovery of agriculture was the first big step toward a civilized life.” – Arthur Keith

53. “The master’s eye is the best fertilizer.” – Pliny the Elder

Thanks for checking out this collection of farmer quotes! Don’t forget to share them on social media with your friends and family.

Which are your favorite farmer quotes? Leave a comment below.

50 of the Best Vacation Quotes & Sayings 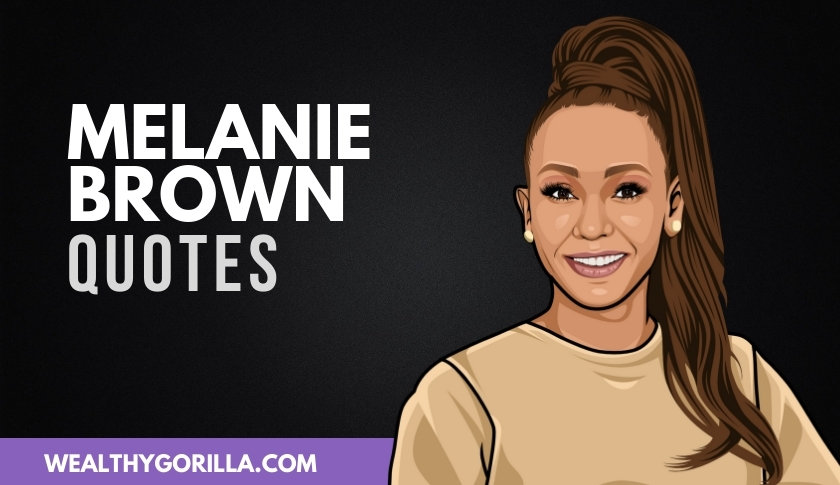 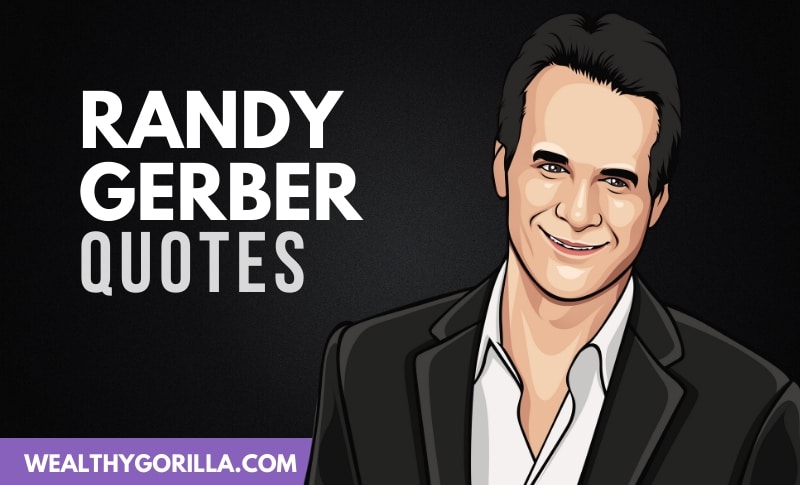 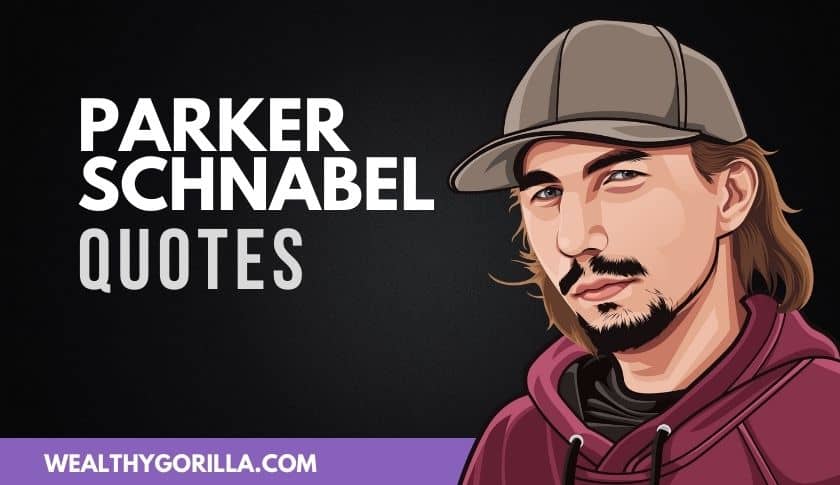 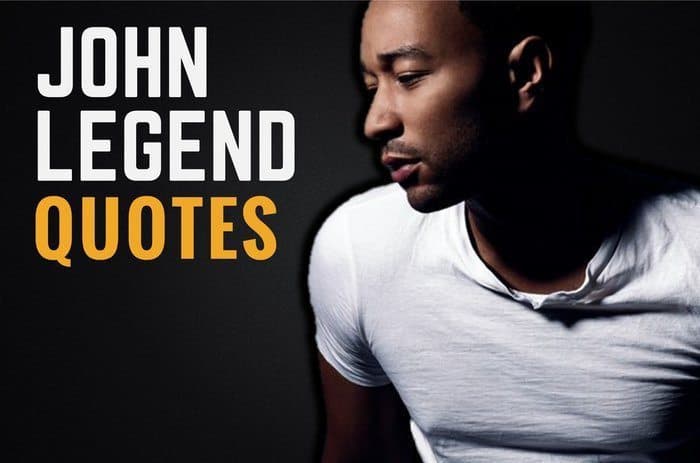