I am sure that you have heard the saying that if you have never failed at anything, then you never tried anything.

This saying is quite true. Ask the big captains of industry and the inventors of things that changed the face of humanity and they will tell you how they kept moving from failure to failure.

I certainly agree with those who say that the real challenge is not in falling, it is rather in your ability to rise up after every failure.

How to Deal With Failure Properly

Learning to deal with failure is not something you start learning when you are an adult.

These are common failures many people experience:

I still remember when I arrived in college for the first time.

It had not yet dawned on me that college was a lot different from high school. No one had told me that essay writing in college is something which requires research and diligence.

I just thought that I would use my natural intelligence and everything will be fine.

I was in for a rude awakening. For the first time in my life, I got a mark below 50%. However, this never happened again, one of my professors told me that I could order an essay and just give the instruction “write my essay”.

Essay writing services helped me a lot to understand how a college assignment should be written. As you can see it was through failure that I discovered a very important lesson.

Another big failure for many students in college is being expelled.

While I was in college, two of my friends were expelled; one for failing to hand over the minimum number of assignments for a given semester and another one for presenting work of another student as his own.

My friend actually thought that since the assignments were going to be marked by different professors, they would not see that the work was the same.

He was wrong, the college was now using a new system where all assignments were checked for plagiarism.

In the event that another assignment had already been submitted to this system, if you attempted to submit another one which is the same, the system would flag it.

His biggest problem was that even when he had been caught, he refused to accept that he had done something wrong. So he was put before a disciplinary committee which found him guilty.

Another big source of disappointment for many college students is when they fail to get space in a college that they want to go to.

There is usually more competition when it comes to getting into your good colleges. Many more people are rejected at such colleges than are accepted. I do not think that this should be viewed as a failure at all.

It is not about the college you go to but rather your character and what you can do with your degree.

I would rather work with someone who went to a less known college but has a great work ethic than someone who has been to the Ivy League with a wrong attitude.

A Job Taken By Someone Else

Only after leaving college do you see that it is a jungle out there.

Sooner than later, those expectations of a corner office with air conditioning start to fade away with each regret letter you get from the employers of your choice.

Related:  How to Pursue Your Dreams Whilst Working 9-5

Sometimes you know that the job was going to be yours if it had not been stolen by someone who already knows someone else in the company. You feel hurt because you know you could do a great job if you had been given the chance.

How to Find Inspiration After Experiencing Big Failure

The good thing about failure is that it is actually not the end. You can use the following tips to find inspiration after failure:

Every human being has weaknesses.

The first thing you need to do after failing is to accept that it has happened to you because failure happens to human beings.

Accepting this helps you to accept that this is not a reflection of your life as a whole. It is just a temporary setback.

2. Accept That Everyone Fails

3. Accept That You Are In Control.

When you are expelled from college, your application is rejected or someone else takes a job you thought was yours; it is easy to blame others for it. When you stop the blame game and take responsibility, you are growing.

It helps you to address any deficiencies you may have.

The biggest thing you can take from failure is the lesson it has taught you.

If there are any weaknesses you need to address, you will only be able to see them after doing this soul searching. There are many lessons I would never have learned if I had not failed.

You will find inspiration if you accept that the pain you get from failure helps you to grow. There are certain things you will not understand until you have had a chance to live then.

For example, you would not know what it feels like to lose a job unless you had lost one before. We only learn the feeling of losing a loved one after we have lost a loved one. That is the essence of life.

6. It Gives Material For Stories

If you have ever listened to a story about how someone succeeded against the odds, you are essentially listening to a story about failure. The reason why the story is moving you is because someone has learned from the failures of their lives.

Failure should never be considered as something permanent.

It only becomes permanent if you allow it to defeat you. It’s something that happens to all human beings who have ambitions.

If we look at the lessons we can learn from our failure, we will soon realize that in order to succeed we have to be prepared to fail. It should never be seen as the end, but rather the beginning of a new way of looking at life.

Has this helped you find inspiration after experiencing failure? Leave a comment below.

How to Connect With Influential & Successful People 7 Signs You Are Going to Become Successful How I Screwed the Cube to Travel the World 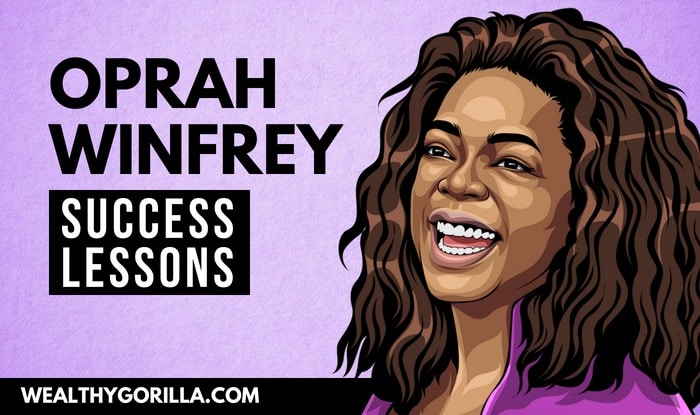