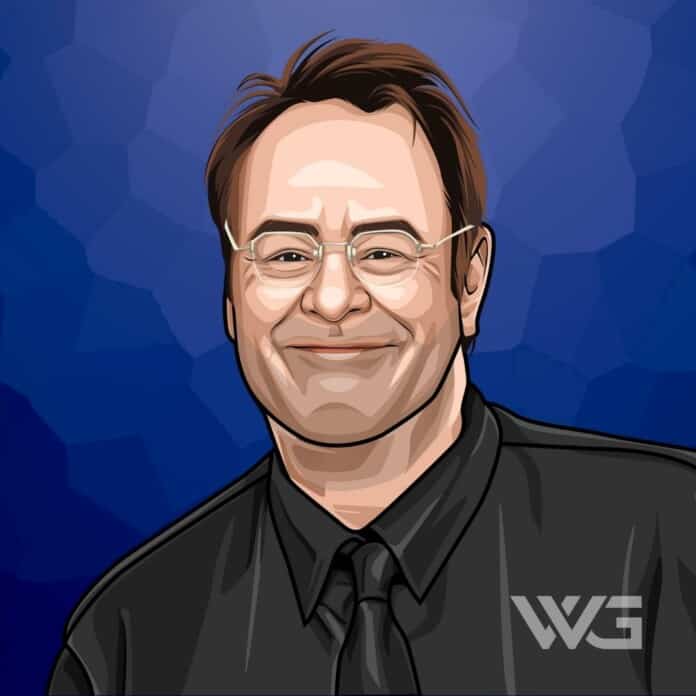 What is Dan Aykroyd’s net worth?

As of February 2023, Dan Aykroyd’s net worth is estimated to be roughly $250 Million.

Dan Aykroyd is a Canadian-American actor, producer, comedian, musician, and filmmaker who was an original member of the “Not Ready for Prime Time Players” on Saturday Night Live.

Daniel Edward Aykroyd was born on the 1st of July, 1952, in Ottawa, Canada. Aykroyd was the son of Samuel Cuthbert Peter Hugh Aykroyd, a British and Lorraine Helene of French Canadian ancestry.

Aykroyd grew up in a Catholic Church. He was determined to be a priest until the age of seventeen. He attended St. Pius X High School in Ottawa. Later, he studied at St. Patrick’s High School, located in Ottawa.

Aykroyd started his professional career in acting through performing in a sketch comedy television show ’The Hart and Lorne Terrific Hour’. After shifting to Toronto, he formed a comedy duo with Valerie Bromfield.

In 1973, he joined the Second City improvisational troupe that provided him the opportunity to work with personalities like Bill Murray, John Candy, and Gilda Radner.

In 1992, in association with several well-known persons of Hollywood and the music industry, he set up the House of Blues, a chain of 13 live music concert halls to promote African-American cultural contributions of blues music and folk art.

He made his directorial debut with ‘Nothing but Trouble’ in 1991. The film did not succeed at the box office.

He hosts the program ‘House of Blues Radio Hour’, a weekly show of Jazz FM in the character of Elwood Delaney aka Elwood Blues. At present, he also tours with his Blues Brothers.

Here are some of the best highlights of Dan Aykroyd’s career:

“One of my symptoms included my obsession with ghosts and law enforcement — I carry around a police badge with me, for example. I became obsessed by Hans Holzer, the greatest ghost hunter ever. That’s when the idea of my film Ghostbusters was born.” – Dan Aykroyd

“I live in a high rise with my family part of the year in New York and I don’t know three quarters of the people in the building. We live in the same square-footage and I wouldn’t know who they were.” – Dan Aykroyd

“Folks have to pin me down because, for one thing, I don’t have a laptop. I don’t have an iPhone, and I refuse to carry them because they’re immensely hackable.” – Dan Aykroyd

“I don’t need fame anymore. People are less interested in me in terms of celebrity. I’m happy to see a new generation being the media focus. I’m happy my day is done. It’s over.” – Dan Aykroyd

“James Brown opened at least six of our House of Blues clubs. He always delivered, but he demanded the respect of an emperor. But, come on, he’s James Brown ! … I got to play on stage with him. Did he ever fine me ? (Brown was known to fine players for flubbing notes or steps) – I would have loved to have been fined by James Brown !” – Dan Aykroyd

Now that you know all about Dan Aykroyd’s net worth, and how he achieved success; let’s take a look at some of the lessons we can learn from him:

1. Spend Your Money In The Future

Make a financial plan for when you will be older.

2. See The Positive Side Of Every Situation

Life has its ups and downs- it is important to keep our chin up and maintain a good sense of humor to lighten up bad, awkward situations.

3. Learn To Move On With Problems

If you have an issue with something and there is no way out, forget about it.

How much is Dan Aykroyd worth?

Dan Aykroyd’s net worth is estimated to be $250 Million.

How old is Dan Aykroyd?

How tall is Dan Aykroyd?

Dan Aykroyd is a famous comedian and screenwriter of Canadian origin.

He is better known for his act of caricature of a number of well-known persons as part of ‘Saturday Night Live’. For his notable writing works, his name was nominated later for this prestigious award two times.

What do you think about Dan Aykroyd’s net worth? Leave a comment below.

Tristan Tate may not be the more known of the Tate Brothers, but he's been in the limelight since the early 2010s and has become a millionaire in the process.