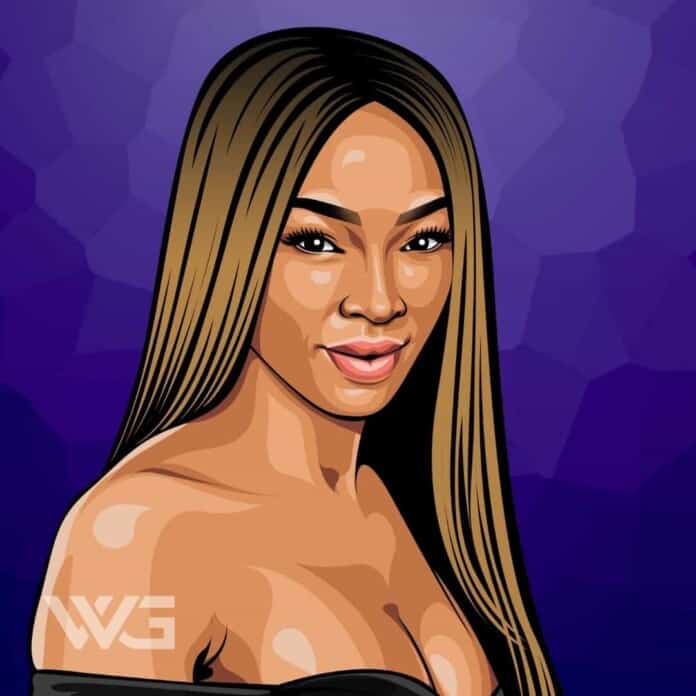 What is Malika Haqq’s net worth?

Malika Haqq is an American actress and television personality who is best known for her role as Penny in the 2005 film Sky High. She acted in the movie with her twin sister Khadijah Haqq.

Malika Haqq was born on the 10th of March, 1983, in Los Angeles, California. She holds an American nationality and is of African-American ethnicity.

She is the daughter of African-American parents. She has a twin sister named Khadijah Haqq McCray, who is also an actress. There is no information about her parents.

Malika began her career playing minor roles in movies and TV shows. There is no exact information about how and when she began her career. She had her first acting role at age 19 on an episode of ‘Strong Medicine’.

She has been featured on the show, ‘Keeping up with the Kardashians’ since season 2. She became a part of the show when her best friend Khloé Kardashian requested her to make an appearance on the show.

She also made a guest appearance on the TV show Khloe & Lamar and Dash Dolls. She played a small role in ‘Somebody Help Me 2’. She also played a lead role in ‘Omarion’s video Speedin’.

Here are some of the best highlights of Malika Haqq’s career:

“I’ve been wrong before and I’ll be wrong again but I damn sure wouldn’t make excuses (alcohol) in an interview to gain self-pity and save face. No one in my life would condone that coward like behavior.” – Malika Haqq

“Thank you guys for coming out and supporting me through everything that’s going on. It’s been real, and Eylure has been super real with a project I’ve been working on for over nine months right now.” – Malika Haqq

“We take care of each other. We’re a duo that’s really tough to come by, but we are blessed to have each other and we build off of that….When you have someone who has your back no matter what, it’s like a family member.” – Malika Haqq

“The universe is not trying to break you, my dear, it’s trying to find a way to wake you up so that you will see what is real and worth fighting for. It takes time to heal, but it also takes courage.” – Malika Haqq

“I feel like it was a really fun process for us because makeup is what we both love. So, you sit and get ready together and you play with makeup and you try on each other’s stuff and you figure out what works. To be able to come together and make something that was truly what we love and what we want to use when we get ready and do our makeup was really fun—it really was. There are work and a lot of details that go into it…I had to learn a whole lot, but I loved the process and I learned that I was actually good at something else.” – Malika Haqq

Now that you know all about Malika Haqq’s net worth, and how she achieved success; let’s take a look at some of the strongest lessons we can learn from her:

Be careful of compliments… give them freely but don’t take them too seriously when they are lavished on or withheld from you.

Having a family is a beautiful and heroic act, so go for it! Don’t be afraid to have children.

How much is Malika Haqq worth?

Malika Haqq’s net worth is estimated to be $600 Thousand.

How old is Malika Haqq?

How tall is Malika Haqq?

Malika Haqq is an American actress and TV personality. She gained fame for her guest appearances on Keeping Up with the Kardashians, Khloe & Lamar and Dash Dolls.

As of January 2023, Malika Haqq’s net worth is approximately $600 Thousand.

What do you think about Malika Haqq’s net worth? Leave a comment below.

John Elway is one of the greatest NFL players of all time, earning a small fortune as a quarterback and then becoming an incredibly wealthy businessman.