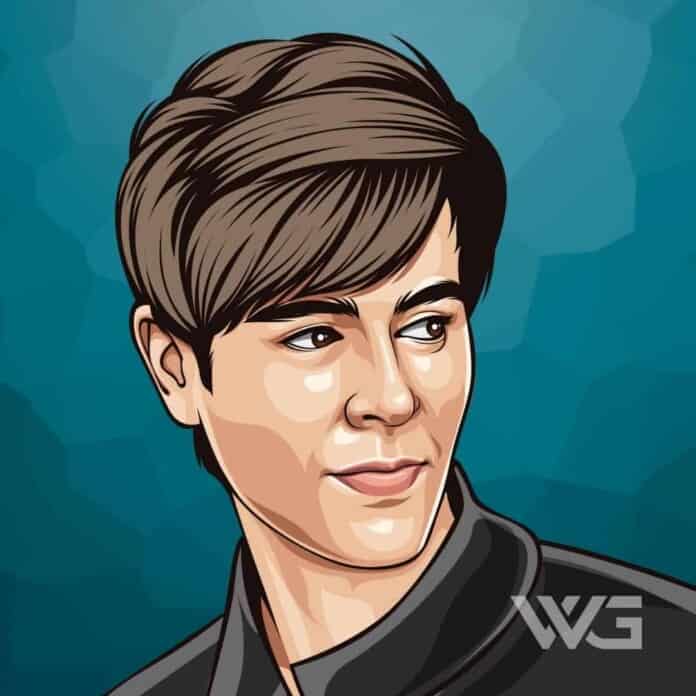 What is Enrique Iglesias’ net worth?

As of December 2022, Enrique Iglesias’ net worth is estimated to be roughly $100 Million.

Enrique Iglesias is a Spanish singer, songwriter, actor and record producer who is widely regarded as the King of Latin Pop. Iglesias began his career during the mid-1990s on an American Spanish-language record label Fonovisa Records.

Enrique Miguel Iglesias Preysler was born on the 8th of May, 1975 in Madrid, Spain. His father, Julio Iglesias is a popular Spanish singer and his mother, Isabel Preysler is a well known Madrid socialite.

In 1986, his grandfather Dr. Julio Iglesias Puga was kidnapped by ETA, an armed Basque terrorist group. Fearing for her children’s safety, Isabel sent them to Miami, to live with their father.

In his teenage, Enrique Iglesias wrote and performed songs at many Miami restaurants with his friends. He did this secretly without the knowledge of his parents.

He sent this to Fernan Martinez, his father’s former publicist, who promoted Enrique under the stage name “Enrique Martinez”. Pretending to be an unknown singer from Guatemala, he signed a contract with Fonovisa Records in 1995.

His first album ‘Enrique Iglesias’ came out in July 1995. Five songs from the album topped the Billboard’s Latin charts and it went gold in Portugal in just a week.

His album ‘Insomniac’ in 2007 was so named as it was mostly recorded at night. Some of its popular singles are ‘Push’ (ft Lil Wayne), ‘Ring My Bells’ and ‘Do You Know’.

In 2010, he released the album ‘Euphoria’. It was his first bilingual album and featured the songs ‘Cuando me enamoro’, ‘I Like It’, ‘No Me Digas Que No’, and ‘Everything’s Gonna Be Alright’.

Here are some of the best highlights of Enrique Iglesias career:

“Realistically, English is a universal language; it’s the number one language for music and for communicating with the rest of the world.” – Enrique Iglesias

“I wouldn’t change anything. I’ve made mistakes, but thanks to those mistakes, I’ve learned.” – Enrique Iglesias

“One person cannot change the world. But you can become the world for someone. A warm, bright, and peaceful world. If everyone can be such a world to one person, one will become ten people, and then a hundred. The world will be full of happy people then.” – Enrique Iglesias

“There are days that I wake up and I complain, and when I complain I pinch myself and say, ‘that’s for complaining.’ Not many people can do what they really like in life.” – Enrique Iglesias

“I mean, I do consider that my music is pop because I’ve been influenced by pop music my whole life; I grew up in the States and 80s pop music was my biggest influence.” – Enrique Iglesias

Now that you know all about Enrique Iglesias’ net worth, and how he achieved success; let’s take a look at some of the lessons we can learn from him:

You can have a strong desire and really want to achieve your goal but as I’m sure you’ve experienced, life has its way of knocking us off course. Things come up, distractions occur, the next thing you know, you look at your goals and wonder what the heck happened.

2. Focus On Your Goal

3. Stay Focused All The Time!

The common theme in all of these ways to keep your focus is to constantly keep your goal on your mind. Making an effort to stay focused on your goal is a lot easier if it’s a major goal that you have an intense desire to achieve.

How much is Enrique Iglesias worth?

Enrique Iglesias’ net worth is estimated to be $100 Million.

How old is Enrique Iglesias?

How tall is Enrique Iglesias?

Enrique Iglesias is one of the best-selling Latin recording artists in the world. Till date, he has sold over 137 million records worldwide and has more than 70 No. 1 rankings on the various Billboard charts. Billboard has called him ‘The King of Latin Pop’ and ‘The King of Dance’.

What do you think about Enrique Iglesias’ net worth? Leave a comment below.