Which are your favorite Bernie Sanders quotes?

Bernie Sanders is an American politician who has been a United States Senator representing Vermont since 2007. He also the longest-serving independent in U.S. congressional history.

Here’s our collection of the best Bernie Sanders quotes:

1. “We don’t need to drive up the national debt by giving tax breaks to millionaires and billionaires.” – Bernie Sanders

2. “My path to victory is to talk about the issues that impact the lives of millions of Americans.” – Bernie Sanders

3. “Let us wage a moral and political war against war itself so that we can cut military spending and use that money for human needs.” – Bernie Sanders

4. “They talk about class warfare — the fact of the matter is there has been class warfare for the last thirty years. It’s a handful of billionaires taking on the entire middle-class and working-class of this country. And the result is you now have in America the most unequal distribution of wealth and income of any major country on Earth and the worst inequality in America since 1928. How could anybody defend the top 400 richest people in this country owning more wealth than the bottom half of America, 150 million people?” – Bernie Sanders

5. “CEOs of large corporations earn 400 times what their workers make. That is not what America is supposed to be about.” – Bernie Sanders

6. “The basic issue of an American society which is fair, which is providing opportunity for all, is nowadays being replaced by the correct perception that we’re living in a rigged economy – where it doesn’t matter how hard you worked, the result will be all the income goes to the people at the very top. It’s leading to a lot of frustration and anger, and people want some fundamental changes to the way we do economics and growth.” – Bernie Sanders

7. “I have a lot of respect for President Obama. I consider him a friend. I disagree with him on issues like the extension of tax breaks that Bush initiated. But I think history will judge a President Obama a lot better than many other contemporaries, given the fact that he came into office at a time when this country was in terrible, terrible shape.” – Bernie Sanders

9. “I very strongly disagreed with President Clinton on the deregulation of Wall Street. I opposed that strenuously.” – Bernie Sanders

10. “The rich people are apparently leaving America. They’re giving up their citizenship. These great lovers of America who made their money in this country when you ask them to pay their fair share of taxes they run abroad. We have 19-year old kids who lost their lives in Iraq and Afghanistan defending this country. They went abroad. Not to escape taxes. They’re working-class kids who died in wars and now billionaires want to run abroad to avoid paying their fair share of taxes. What patriotism! What love of country!” – Bernie Sanders

11. “The Postal Service is a vitally important institution for the American people. It must be saved.” – Bernie Sanders

12. “Where America has got to move is not growth for the sake of growth, but it`s got to move to a society that provides a high quality of life for all of our people. In other words, if people have health care as a right, as do the people of every other major country, then there’s less worry about growth. If people have educational opportunity and their kids can go to college and they have child care, then there’s less worry about growth for the sake of growth.” – Bernie Sanders

13. “Nobody who works 40 hours a week should be living in poverty.” – Bernie Sanders

14. “The American people want to know that when they borrow a book from the library or buy a book, the government won’t be looking over their shoulder. Everybody wants to fight terrorism, but we have to do it in a way that protects American freedom.” – Bernie Sanders

16. “I would like to see somebody who speaks for the underdog, for the people who don`t have this in healthcare benefits. So I would like to see a candidate who has the guts to opposition that America could be a land for all people, not just the land control by the super-rich.” – Bernie Sanders

17. “I believe strongly that we can protect our people without undermining our constitutional rights and I worry very, very much about the huge attacks on privacy that we have seen in recent years — both from the government and the private sector. I worry that we are moving toward an Orwellian society, and this is something I will oppose as vigorously as I can.” – Bernie Sanders

18. “I have been in the Democratic Caucus in the Senate for over 24 years.” – Bernie Sanders

19. “When we talk about the healthcare crisis in America we’ve got to also be talking about the dental crisis and how to address it.” – Bernie Sanders

20. “No president, not the smartest, best human being in the world can do it alone. You cannot take on this, the power that is in Washington, to billionaires and lobbyist, the military-industrial complex, all of this money and power, you can`t do it. You need a mass movement of American who are looking in congress and we say directly.” – Bernie Sanders

21. “I fear very much for our kids, for low-income people and for seniors.” – Bernie Sanders

22. “I think we need to take on the greed of the billionaire class, a disastrous campaign finance system.” – Bernie Sanders

23. “As an independent, my views, in fact, are a little bit different than many of my Democratic colleagues.” – Bernie Sanders

24. “I have spent the better part of my adult life standing up and fighting for working families.” – Bernie Sanders

25. “You know, I think many people have the mistaken impression that Congress regulates Wall Street. In truth that’s not the case. The real truth is that Wall Street regulates the Congress.” – Bernie Sanders

26. “In Germany, many other countries, college tuition is free. Why isn`t free in America? Why do we have the highest rate of childhood poverty when other countries have rates much lower than we have? Why don`t we have pay equity for women workers? Why aren`t we leading the world in transforming our energy system in terms of climate change? We can do that. Are we dumb? Are we lazy? Not the case.” – Bernie Sanders

27. “A job should lift workers out of poverty, not keep them in it.” – Bernie Sanders

28. “I supported Barack Obama originally. I supported him for reelection and the alternative of a Mitt Romney is very, very clear to everybody. And I think the president has done a good job in a number of areas. But one area that has concerned me from day one has been his reliance on Wall Street type people in terms of financial matters.” – Bernie Sanders

30. “I am sure that there are some single-payer advocates who think the only thing worth fighting for is single-payer.” – Bernie Sanders

31. “There is far too little discussion in Washington about the collapse of the middle class, almost no discussion at all about the incredible income inequality and wealth inequality in this country, and the fact that we’re moving toward an oligarch form of society.” – Bernie Sanders

32. “The American people understand that it is grotesquely unfair – we are a society that prides itself on fairness, that prides itself on equal opportunity, and people are looking out and seeing, since the Great Recession of 2008, 99 percent of all new income going to the top 1 percent.” – Bernie Sanders

35. “I have introduced a constitutional amendment to overturn Citizens United and make it clear that the Congress and state legislatures do have the ability and the power to regulate and get corporate funding out of political campaigns.” – Bernie Sanders

37. “I do not want to see perpetual warfare in the Middle East.” – Bernie Sanders

38. “I’m very, very worried about the invasion of privacy rights that we’re seeing not only from the N.S.A. and the government but from corporate America, as well. We’re losing our privacy rights. It’s a huge issue.” – Bernie Sanders

39. “Let us wage a moral and political war against the billionaires and corporate leaders, on Wall Street and elsewhere, whose policies and greed are destroying the middle class of America.” – Bernie Sanders

40. “A woman enjoys intercourse with her man-as she fantasizes about being raped by 3 men simultaneously.” – Bernie Sanders

41. “The goal of real healthcare reform must be high-quality, universal coverage in a cost-effective way.” – Bernie Sanders

43. “I think too many of my Republican friends are into perpetual warfare in the Middle East. And that scares the bejesus out of me.” – Bernie Sanders

44. “The Trans-Pacific Partnership trade agreement is a continuation of other disastrous trade agreements, like NAFTA, CAFTA, and permanent normal trade relations with China.” – Bernie Sanders

45. “The good news is that the American people, not just the African-American community are saying enough is enough. You can`t hold people in custody and suddenly find out that they are dead. You can`t shoot people in the back.” – Bernie Sanders

46. “I happen to believe that we should move to a Medicare-for-all single-payer system, similar to what other countries around the world have.” – Bernie Sanders

47. “You’ve got the top 400 Americans owning more wealth than the bottom 150 million Americans. Most folks do not think that is right.” – Bernie Sanders

48. “I want to know in this day and age, whether it is possible for any candidate who is not a billionaire or who is not beholden to the billionaire class, to be able to run successful campaigns.” – Bernie Sanders

49. “To be honest with you, I worry about concentration of ownership in media, where you have a handful of media conglomerates largely controlling what we see, hear and read.” – Bernie Sanders

Thanks for checking out this collection of quotes from Bernie Sanders! Don’t forget to share them on social media with your friends and family.

Which are your favorite Bernie Sanders quotes? Leave a comment below. 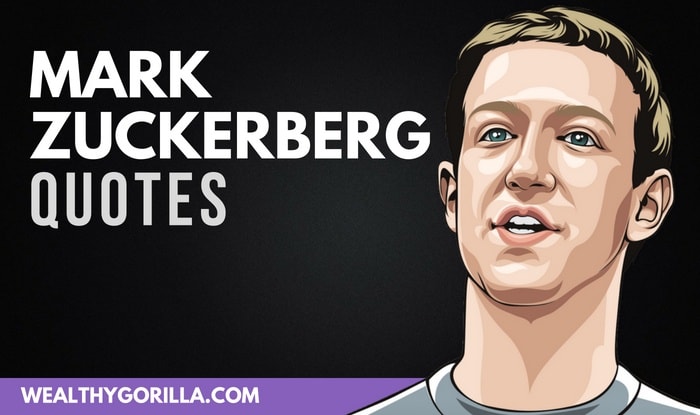 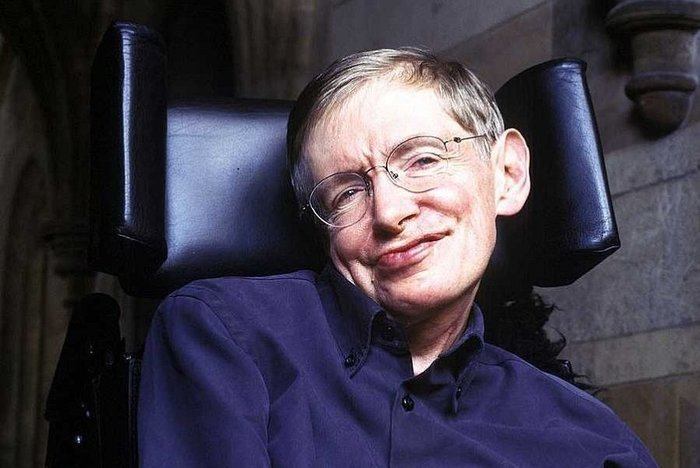 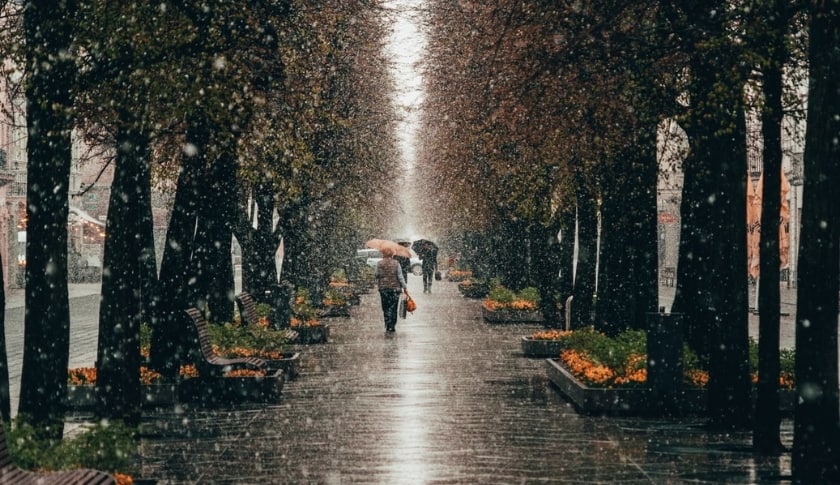 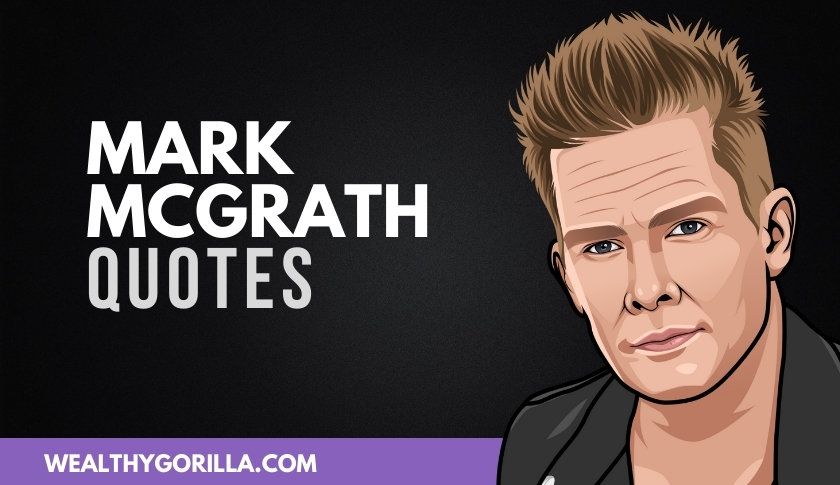 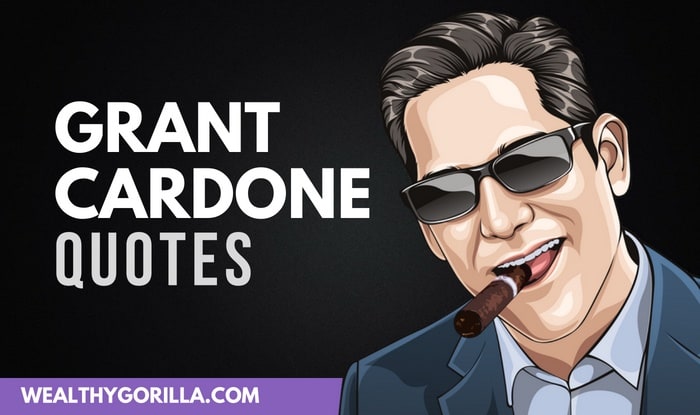