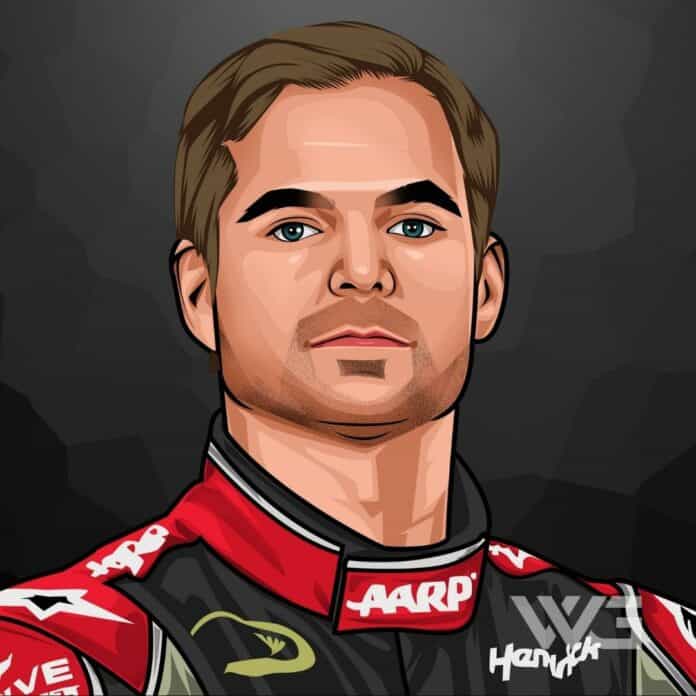 What is Jeff Gordon’s net worth?

Jeff Gordon is a former American professional NASCAR racing driver and Fox NASCAR announcer who is regarded as one of the best drivers of his time.

In addition to his work as a top executive for Hendrick Motorsports, he’s a popular cultural icon with multiple appearances in film and television.

He began racing his BMX at age five, first competing on the Roy Hayer Memorial Race Track in 1996.

After moving to karting, Gordon became the youngest driver in the World of Outlaws series, then racing sprint cars in the late 1980s.

Jeff Gordon began his professional career in 1990 with the Busch series, moving on to the Cup Series the following year.

He enjoyed many race victories and championship wins over the ensuing years, winning the Winston Cup Series championship in 1995 and his first Daytona 500 in 1997.

In 2008, he participated in the Sprint Cup, tying with Cale Yarborough for the third-most poles.

By the mid-2010s, Gordon had served as a substitute driver for Dale Earnhardt Jr, driving the No. 88 Chevrolet for Hendrick Motorsports.

Away from motorsports, Gordon has worked with many charities, including with sporting icons Andre Agassi and Tony Hawk on the Athletes for Hope project.

His media appearances include a cameo in Logan Lucky, starring Channing Tatum and Seth MacFarlane, and the animated movie Cars 2.

Jeff Gordon’s career earnings over the previous decades have been phenomenal, with the driver taking home millions of dollars each year and entering the NASCAR Hall of Fame.

He has earned huge sums of money from his race winnings through NASCAR and many more through brand endorsements.

His ongoing business ventures, including competing with the most expensive wines in the world through his winery, guarantee consistently high earnings in the future.

With millions of dollars to his name, Jeff Gordon has secured his place among the richest athletes in the world, with his net worth continuing to increase.

The peak of his NASCAR career saw the race car driver’s net worth skyrocket, with an estimated $500 million in total earnings over his career.

This growth continues to this day, with Gordon’s business interests, broadcasting, and other activities bringing in high annual salaries.

He later married Ingrid Vandebosch, formerly one of the richest models in the world, in 2006, with whom he has two children.

Jeff Gordon’s list of awards and achievements is truly impressive as one of the highest-paid NASCAR drivers of all time.

In addition to his race victories, he’s picked up many awards and honors for his services to his profession and dedication to motorsports.

Here are some notable awards and achievements from Jeff Gordon’s career:

As he continues to work with the leading racing teams, his list of achievements will continue to grow.

How Does Jeff Gordon Spend His Money?

With his multi-million dollar fortune and impressive annual earnings, Jeff Gordon’s lifestyle is as luxurious as you might expect.

He can afford to purchase the most expensive houses in the world and has a real estate portfolio that includes several costly mansions.

In 2021, his Florida mansion hit the market for $42 million and featured its own wellness center, wet bar, and theater room.

With his impressive career in NASCAR and beyond, Jeff Gordon has earned his place in the annals of motorsports history.

He has enjoyed many high points and successes in addition to his race victories, with multiple media appearances and philanthropic activities.

Here are some of the best highlights of Jeff Gordon’s career:

It’s a truly impressive list of career highlights that few professional race car drivers can claim for themselves.

Gordon’s ongoing involvement in racing, combined with his broadcast career, means we can expect more success in the future.

With several decades of experience as a professional race car driver, Jeff Gordon has conducted hundreds of interviews.

He’s spoken openly about his perspective on racing and his entrepreneurial activities producing high-quality wine.

Here are our favorite quotes from Jeff Gordon:

Now that you know all about Jeff Gordon’s net worth., let’s take a look at several inspirational life lessons we can learn from his experiences.

He’s earned his reputation as one of the greatest racing drivers of all time, winning many championships and becoming an icon of popular culture.

Here are some of the best success lessons to learn from Jeff Gordon:

1. Learn From The Best

Jeff Gordon’s impressive career as a professional racer has come through a lot of hard work, but he’s also had help from some of the industry’s finest racers.

Take every chance you can to learn from those more experienced than yourself.

2. Take The Time For Side Projects

investing time and attention to side projects is a great way to open up potential new streams of revenue.

Gordon’s winery has proven to be a huge hit, allowing him further to expand his sources of income in his post-racing years.

3. Give Something To Charity

If you’re lucky enough to enjoy success in your professional life, try and give something back to those less fortunate than yourself.

So there you have it, our complete guide to the professional racing victories and business ventures that helped Jeff Gordon earn his enormous net worth.

His post-racing career has seen the racing icon continue to take home an impressive income through broadcasting and his many successful business ventures.

With his net worth continuing to increase, we’ll update this article in the future to make sure it covers all the facts and figures you need to know.

What do you think about Jeff Gordon’s net worth? Leave a comment below.

What is Ronnie DeVoe's net worth? Introduction  As of ,...