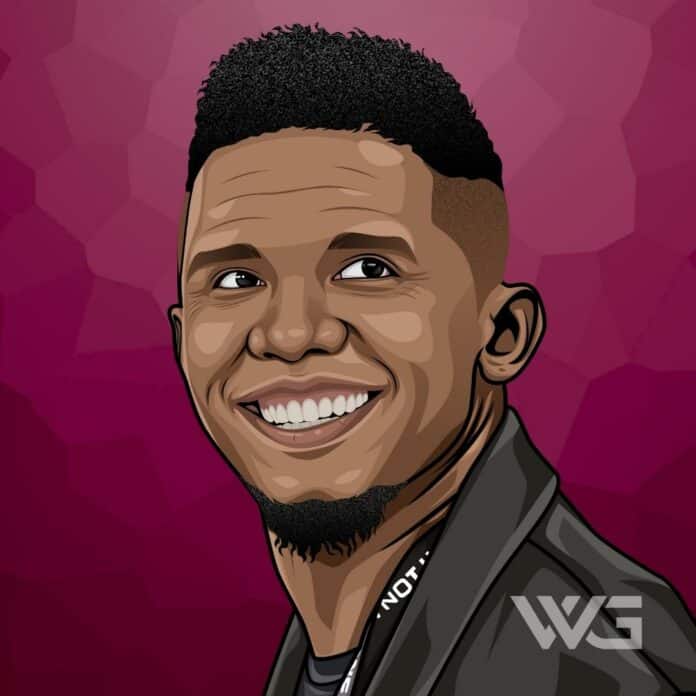 What is Samuel Eto’o’s net worth?

Samuel Eto’o is a Cameroonian footballer and administrator who has played for some of the most successful soccer teams in the world, winning many cups and championships.

Since retiring from professional football, he has served as the president of the Cameroonian Football Federation, promoting the sport in his home country.

Samuel Eto’o Fils was born March 10, 1981 in Douala, Cameroon, and raised in the suburb of Nkon outside Yaoundé, near Cameroon’s capital.

Growing up in the poverty-stricken region of Mvog-Ada, he was raised alongside his two brothers, David and Etienne, who also became professional footballers.

After training in Cameroon’s Kadji Sports Academy, Eto’o moved to Spain in 1997 and trained with Real Madrid’s youth academy.

Samuel Eto’o’s professional career began when he was signed to play for the La Liga team Mallorca, scoring six goals in nineteen games before moving to Barcelona.

This began his involvement with some of the richest soccer teams in the world, with Eto’s leading Barcelona to victory at the 2009 UEFA Champions League Final against Manchester United.

He would later go on to win the Champions League with Inter Milan, one of few players, including Gerard Piqué, to win this accolade with two clubs.

Along with Ronaldinho and Lionel Messi, Eto’o was a crucial player for Barcelona’s three La Liga title-winning streak

In a trade between Barcelona and Inter Milan, he moved to the latter club, with Zlatan Ibrahimović taking his place on the Barcelona side.

Eto’o continued to excel on the pitch, regularly scoring goals in some of the team’s most crucial games during his tenure.

In 2013, he moved to the UK to play for Chelsea alongside Fernando Torres, joining Everton the following year on a two-year contract.

Samuel Eto’o’s career earnings have fluctuated over the years, but at the height of his fame and popularity, it was comparable to some of the most successful players of all time.

His transfer to Premier League clubs saw his earning potential significantly boosted, bringing him in line with his teammates at prestigious clubs.

While Samuel Eto’o’s salary has declined in recent years following his retirement from soccer, he nevertheless maintains an impressive income through his business ventures.

As one of the richest athletes in the world, his net worth has increased further thanks to his sponsorship deals, business ventures, and real estate investments.

While Eto’o’s salary as Cameroon’s football administrator isn’t as high as his professional soccer income, he continues to experience growth in his wealth and assets.

In 2007, Samuel Eto’o married his childhood sweetheart Georgette Eto’o, with whom he resides in Paris, with their children, Siena and Lynn.

He remains a keen football advocate, showing his support for the French team Paris Saint-Germain.

Samuel Eto’o promotes his activities as president of the Cameroonian Football Federation through his popular official Instagram account, with over six million followers.

A celebrated soccer player considered among the best of all time at the peak of his career, Samuel Eto’o has received many awards and accolades.

These awards give him the recognition he deserves as one of the richest soccer players in the world, both as an individual player and for his teamwork.

Here are some of the most notable awards and accolades from Samuel Eto’o’s career:

His continued involvement as an advocate and soccer ambassador will undoubtedly see him continue to gain recognition and awards for his work.

How Does Samuel Eto’o Spend His Money?

With his outstanding net worth and earning capacity, Samuel Eto’o has been able to invest in multiple real estate properties around the world.

He owns a luxury home in Paris and a $20 million property in Portofino in Italy, previously owned by George Herbert, 5th Earl of Carnarvon.

A fan of sportscars, he has also owned some of the most expensive cars in the world, including a Ferrari 458 Italia Mansory Siracusa and a Bugatti Veyron.

Throughout his career, Samuel Eto’o has enjoyed prolific successes and highlights on both national and international stages.

He’s broken new records and proven himself as competent as some of the most iconic players of his generation.

Here are some of the best highlights of Samuel Eto’o’s career:

As he continues to represent soccer for his home country, we can expect Samuel Eto’o to enjoy many more career highlights in the years to come.

Samuel Eto’o has been outspoken on a range of topics when carrying out interviews, covering everything from his work ethic as a top athlete to handling racist comments on the pitch.

His unique insights into soccer show his love for the game and dedication to bringing it to a broader audience.

Here are our favorite quotes from Samuel Eto’o:

Now that you know all about Samuel Eto’o’s net worth, we’ll explore some of the many ways his hugely successful career can help us improve our own lives.

Here are some of the best success lessons to learn from Samuel Eto’o:

1. If You See Injustice In The World, Speak Out

Samuel Eto’o’s experiences with racism while playing professionally led to his outspoken stance on the subject.

If you have a public platform and the ability to address injustice, use your platform to highlight these issues.

2. Always Be A Good Sport

A good test of character is how someone responds to victories, and Eto’o believes it is important always to handle victory with grace.

Whenever his team has won a game, he makes sure to shake the hands of his opponents and congratulate them for their efforts.

3. Train Hard And Frequently If You Want To Achieve Greatness

Hard work and graft are essential if you want to become the very best person you can be, so stick to a strict training regime and you’ll notice daily improvements.

That wraps up this article exploring the professional football career, championship victories, and evolving net worth of Cameroonian footballer Samuel Eto’o.

His post-soccer career has seen him continue to advocate for football in his native country and serve as a global ambassador for the game.

Since his net worth will change over time, be sure to check back on this article again for the most up-to-date facts and figures.

What do you think about Samuel Eto’o’s net worth? Leave a comment below.