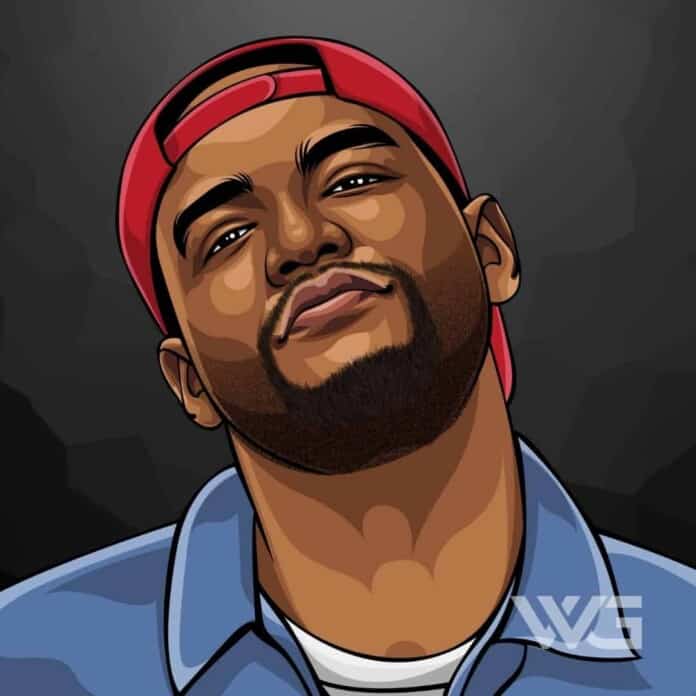 What is Joyner Lucas’ net worth?

As of February 2023, Joyner Lucas’ net worth is estimated to be roughly $2 Million.

Joyner Lucas is an American rapper, actor, poet, singer, and songwriter from Worcester, Massachusetts. Lucas is best known for his single ‘Ross Capicchioni’.

In 2017, he released his single ‘I’m Not Racist’, onto his YouTube account which quickly went viral and gained critical acclaim.

Gary Maurice Lucas Jr. was born on the 17th of August, 1988, in Worcester, Massachusetts. He began rapping when he was 10 years old.

Lucas attended South High Community School in Worcester. Since he was a kid, he always had a huge passion for music and writing songs.

Joyner Lucas began his musical career when he was a teen when he adopted the pseudonym, Future Joyner.

He later created a group called Film Skool Rejekts and put out their first collaborative album ‘Workprint: The Greatest Mixtape of All Time’ in the same year.

The music video for the song was released one week later, and it garnered over 40 million views to date.

In 2017, Lucas released the single, ‘I’m Not Racist’, which gained worldwide attention. Throughout the track, an ambient trip-hop beat plays on.

It was first uploaded on his YouTube channel where it has accumulated over 85 million views. Many critics write that the track highlighted the necessity of conversation about races while others felt that it was “cliched” and “cheesy”.

He is presently working on a collaborative album titled ‘Angels & Demons’ with Chris Brown. It is slated to be released in late 2018. Two singles have been released from the album: ‘Stranger Things’ and ‘I Don’t Die’.

Here are some of the best highlights of Joyner Lucas’ career:

“I stopped watching sports because I didn’t want to watch someone running up and down the field making millions and I’m not doing anything about it. That methodology made me go harder and take control of my career.” – Joyner Lucas

“Honestly, when I do a lot of records where it’s super lyrical, all that it is to prove and to show people, like, I can really rap. I can switch flows – I can go with the best of them – so first of all, I want you to respect me as a rapper.” – Joyner Lucas

“When I did ‘Happy Birthday,’ I wrote the treatment for the video before I wrote the record. And once I wrote the video, I had a clear understanding of what I wanted; I created the soundtrack to that video.” – Joyner Lucas

“Eminem has been someone that I’ve always considered the greatest ever, to ever do it. Do you know what I mean? In every aspect, the storytelling abilities, lyrical ability, honesty. You can hear it in my music that I’m heavily influenced by that.” – Joyner Lucas

“I’ve always felt misunderstood. Growing up, it’s been my word against the teachers’ or my parents’ word, and nobody would ever listen to me.” – Joyner Lucas

“It’s not about being denied. I don’t feel as if someone is standing there and saying you can’t be next up. I feel a lot of these rappers are scared. I’m not a mumble rapper. There’s a community within all of them. They all jump on each other’s shit. They all show love to each other.” – Joyner Lucas

Now that you know all about Joyner Lucas’ net worth, and how he achieved success; Let’s take a look at some of the most powerful lessons we can learn from Joyner Lucas:

As we grow, we learn to handle situations differently than we normally would.

2. Many People Are Scared To Be Themselves

A lot of artists are afraid to be themselves and afraid to tell people what it really is.

Failure is a success if we learn from it.

How much is Joyner Lucas worth?

Joyner Lucas’ net worth is estimated to be $2 Million.

How old is Joyner Lucas?

How tall is Joyner Lucas?

Joyner Lucas developed a deep love for music when he was quite young, and today he is a very popular rapper and singer. His mixtapes have listened all over the world, and he has worked with some of the best rappers in the industry such as Eminem.

As of February 2023, Joyner Lucas’ net worth is approximately $2 Million.

What do you think about Joyner Lucas’ net worth? Leave a comment below.