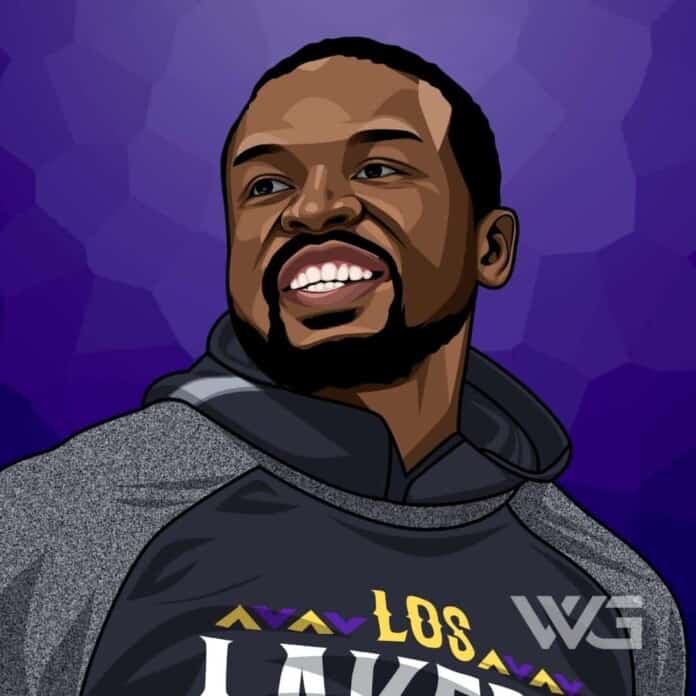 What is Luol Deng’s net worth?

Luol Deng is a Sudanese professional basketball player who last played for the Minnesota Timberwolves of the NBA. He is a two-time NBA All-Star and was named to the NBA All-Defensive Second Team in 2012.

Luol Ajou Deng was born on the 16th of April, 1985, in Wau, Sudan. When he was young, his father Aldo, a member of the Sudanese parliament, moved the family to Egypt to escape the Second Sudanese Civil War.

In Egypt, they met former NBA center Manute Bol, another Dinka, who taught Deng’s older brother, Ajou Deng, how to play basketball while also serving as a mentor for Luol himself.

After one year at Duke, Deng entered the 2004 NBA draft. He was picked seventh overall by the Phoenix Suns, but was immediately traded to the Chicago Bulls by prior agreement.

In 2010, Deng scored a new career-high 40 points, hitting 14 of his 19 shots, along with 9 of 11 free throws, against the Portland Trail Blazers, scoring a point a minute.

The following year, Eric Bressman of Dime magazine called Deng “the most underrated player” writing he was “never the face of the franchise but always the backbone”.

Deng was selected as a reserve for the 2013 NBA All-Star Game, along with Joakim Noah. During the 2012–13 season, he averaged a team-high 16.5 points per game, 6.3 rebounds per game, and a career-high 3 assists per game. His free throw percentage of .816 was also a career-high.

Here are some of the best highlights of Luol Deng’s career:

“When we went up, we couldn’t stay up. We started making silly mistakes and let them back in the game. We struggled to make shots in the fourth quarter and when they got the lead, they didn’t look back.” – Luol Deng

“We’re not as determined as we were last season. We still play hard, but last season we played hard and smart. Whether it’s because of a lack of confidence or whatever, we’re not the same team right now.” – Luol Deng

“I’m all right, feel OK. First play, going to the hole, I got hit with an elbow right in the head. It’s just unlucky. Things happen, and you can’t do anything about it. I can’t believe it myself.” – Luol Deng

“I feel like we took another step ahead. We hustled. We don’t get rewarded for it. But as a team, we’ve got to know we played the world champs and took them to overtime. The only reason we did that is because of how hard we played.” – Luol Deng

“The pass was fine. I caught the ball and had a good look at the basket. I shoot a lot of jump shots from the baseline, but the one that I wanted to go in most didn’t (go in). Next time, I’ve got to knock it down.” – Luol Deng

Now that you know all about Luol Deng’s net worth, and how he achieved success; let’s take a look at some of the lessons we can learn from him:

There are no things or powers in life that can offer you a hand to your dreams except meeting new people who are better than you. You can always learn something from new people.

When you’re trying to achieve something, or improve, remember that there are no limits, only expectations. Expect to do more, and more you will do.

How much is Luol Deng worth?

Luol Deng’s net worth is estimated to be $200 Million.

How old is Luol Deng?

How tall is Luol Deng?

Luol Deng is a British professional basketball player who was regarded the second most promising high school senior in America after LeBron James. During his career to date, Luol Deng has earned $136 million in salary alone, as of July 2019.

What do you think about Luol Deng’s net worth? Leave a comment below.

What is Charles Koch's net worth? Introduction  As of ,...