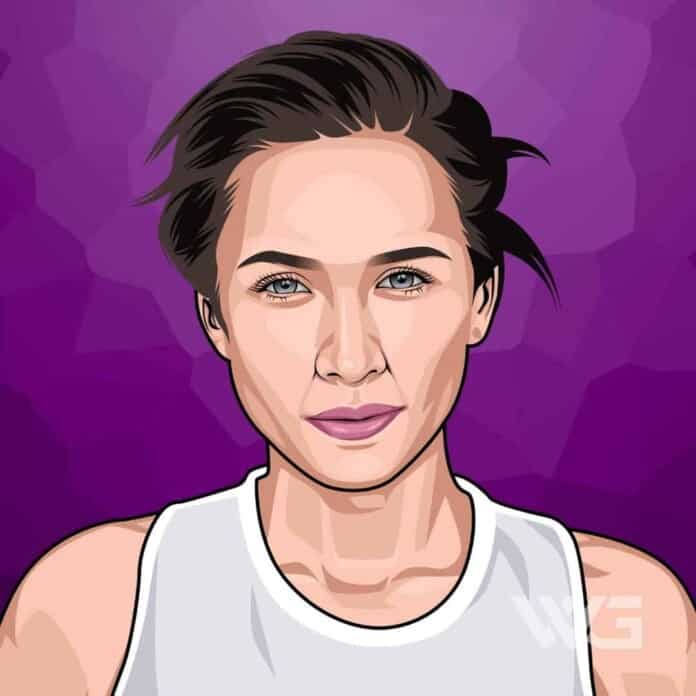 What is Shantel VanSanten’s net worth?

Shantel VanSanten is an American model and actress from Minnesota.

As a model, she has been featured in the magazines Teen Vogue and Seventeen. On television, she played the role of Quinn James in the CW teen drama series ‘One Tree Hill’, which recurred as Detective Patty Spivot in the CW show ‘The Flash’.

As of February 2023, Shantel VanSanten’s net worth is approximately $5 Million.

Shantel VanSanten was born on the 25th of July, 1985, in Luverne, Minnesota. She is of Dutch and Norwegian descent.

VanSanten was raised in Spring, Texas where she attended Incarnate Word Academy in Houston and Texas Christian University in Fort Worth, Texas. VanSanten also started her career as a model at the age of fifteen for the Page Parkes Management.

VanSanten began her career as a model at the age of 15 when she signed with Page Parkes Management. She then appeared on television in NBC’s reality show ‘Sports Illustrated: Swimsuit Model Search’. In 2008, she had a small role in the Australian horror film ‘The Open Door’.

In 2011, VanSanten featured in ‘You and I’, a drama film about a teenage girl who moves from a rural town in Russia to Moscow, unaware that meeting her internet girlfriend will result in a string of adventures.

She next did a television film titled ‘A Golden Christmas 3’. Following a recurring role in the series ‘Beauty & the Beast’, the actress joined the cast of the action drama series ‘Gang Related’ as Jessica Chapel in 2014.

From 2015 to 2016, VanSanten portrayed the character of Patty Spivot in the superhero TV series ‘The Flash’. During this time, she also had a main role in The CW’s short-lived series ‘The Messengers’.

In 2019, the actress served as a voice artist for the popular video game ‘Apex Legends,’ in which she voiced the character of Wraith.

As of February 2023, Shantel VanSanten’s net worth is $5 Million.

Here are some of the best highlights of Shantel VanSanten’s career:

“Being on a television show and having so many fans is something that I’ve never experienced before, and it’s really neat when they come up to you and are like, ‘That storyline is amazing and really spoke to me in my life,’ and it’s really cool. I really enjoy it.” – Shantel VanSanten

“When I was in the eighth grade, I wrote this huge long paper about how I had no idea what I was gonna do with my life, but that I wanted to make a difference and touch even if it was like one person’s life… inspire them.” – Shantel VanSanten

“I was 17 when my body started changing, and I worried about what I did wrong. I went through a period where I didn’t eat at all. I also had someone who was encouraging me to take diet pills.” – Shantel VanSanten

“Despite my mother saying I have been destined to be an actress my whole life, I remember being the kid who grew up not knowing what I wanted to do with my life.” – Shantel VanSanten

Now that you know all about Shantel VanSanten’s net worth, and how she achieved success; let’s take a look at some of the lessons we can learn from her:

Life gives you lots of chances to screw up which means you have just as many chances to get it right.

2. The Simple Stuff Is Good

Sometimes, the simple things are more fun and meaningful than all the banquets in the world.

3. Everyone Is Going Through Something

How much is Shantel VanSanten worth?

Shantel VanSanten’s net worth is estimated to be $5 Million.

How old is Shantel VanSanten?

How tall is Shantel VanSanten?

Shantel VanSanten is an American actress and model who has been moderately active on the big screen, most notably appearing in ‘You and I’, ‘Something Wicked’ and ‘The Final Destination’. Since then, she has attained much success in all her endeavors, both as a model and an actress.

As of February 2023, Shantel VanSanten’s net worth is approximately $5 Million.

What do you think about Shantel VanSanten’s net worth? Leave a comment below.