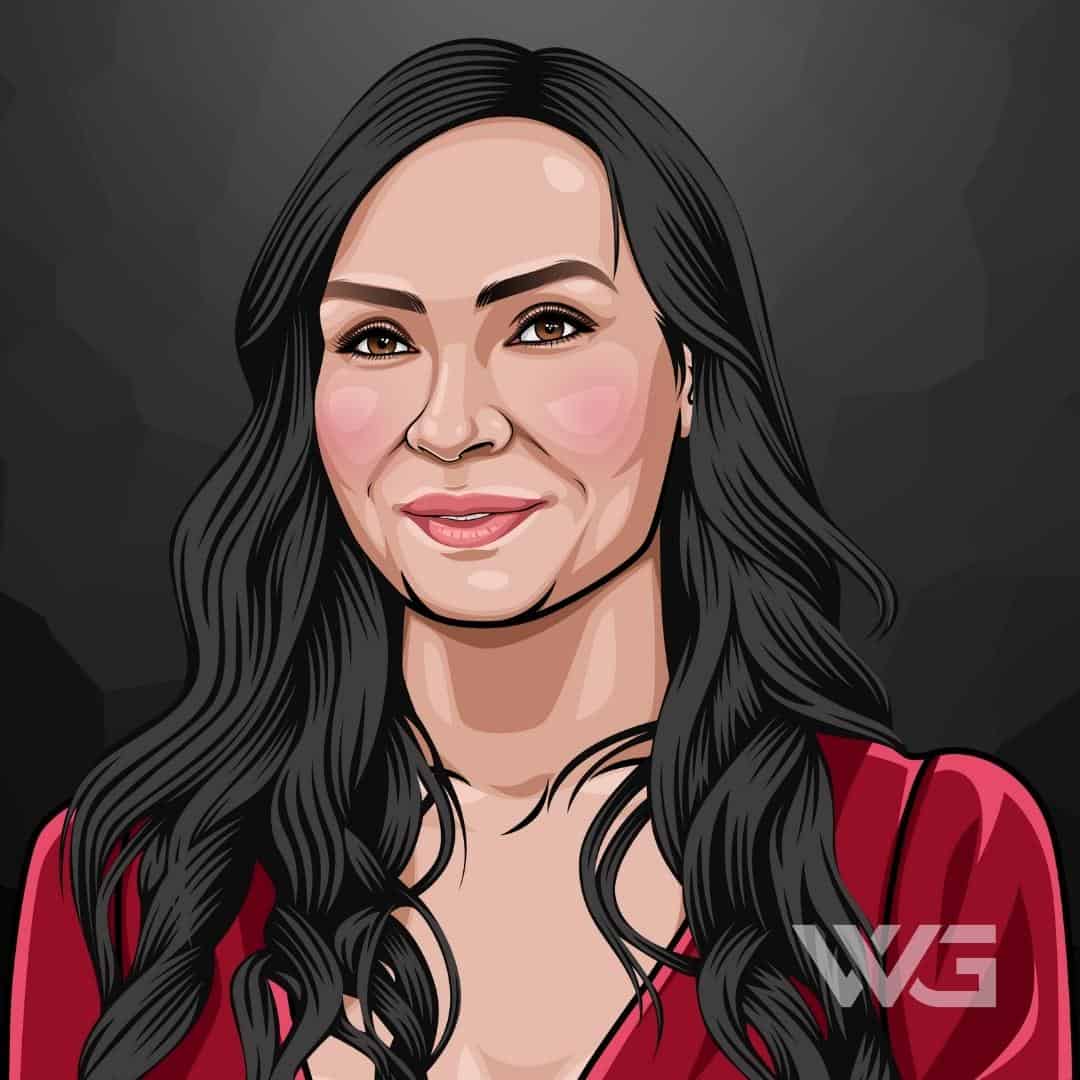 What is Famke Janssen’s net worth?

After gaining experience in the modeling industry, she transitioned into acting, where her good looks and talent were quickly recognized.

She landed her first serious acting role in 1992 when she starred in Fathers and Sons. She is mainly known for her work in “GoldenEye” and “House on Haunted Hill”, as well as her work in the Marvel movie “X-Men”, her most popular role to date.

As of November 2022, Famke Janssen’s net worth is estimated to be $20 Million.

Famke Beumer Janssen was born November 5, 1964, in the little town of Amstelveen, Netherlands.

Her parents divorced while she was still very young and both of her sisters changed their surnames to Beumer shortly after their parents separated.

From a young age, Famke took an interest in languages and, when she got older, started learning Dutch, English, and French.

After graduating high school, Famke attended the University of Amsterdam. Unfortunately, the university wasn’t for her, so she decided to attend Columbia University School of General Studies before dropping out to pursue her modeling career.

Framke moved to the United States in 1984, which marked the beginning of her modeling career. She first signed with Elite Model Management and started working with famous models like Heidi Klum, Iman and Miranda Kerr, for major brands, including Giorgio Armani, Chanel, Victoria’s Secret, and Yves Saint Laurent.

In the 1990’s, Famke decided to retire from modeling and try her hand at acting. She first landed a few guest roles on numerous television series, including her first appearance in an episode of “Star Trek: The Next Generation”, in 1992.

Her first major role was in a crime drama called “Fathers and Sons”, which was well-received by her fans.

The best year of her career was 1998, when she appeared in 8 different movies, including “Monument Ave”, “Deep Rising”, “The Gingerbread Man”, “Rounders”, and “Celebrity”. She starred in a leading role near the end of the year in the well-known horror film “House on Haunted Hill”.

In the early 2000s, Famke found herself with a starring role in “Love and Sex”. Shortly afterward, she landed a role as Dr. Jean Grey alongside Hugh Jackman, Patrick Stewart, and Halle Berry, in the famous Marvel film “X-Men”.

From there, she went on to appear in many more X-Men-themed series and films by Marvel. She played the same role in X2, X-Men: The Last Stand, The Wolverine, and X-Men: Days of Future Past.

Shortly after her appearances in television series, she landed a role in the Netflix horror series “Hemlock Grove”. From there, she started landing more roles in various Netflix films and series, such as “How to Get Away with Murder”, “The Blacklist”, “SuperMansion” and “When They See Us”.

She has not only been in front of the camera but behind it as well. After making her directing debut in 2011 with “Bringing Up Bobby”, she started producing and directing more films.

We haven’t heard much from Famke recently, but she has announced that if given the opportunity, she would love to return as Dr. Jean Grey from the “X-Men”.

After earning a huge salary while modeling, Famke transitioned to the high-paying acting roles for which she is now famous.

Famke is taking a break from acting at the moment, but should she be called on to star in the Marvel franchise movies again, she’ll surely earn a huge salary again.

Instead of frittering her money away, Famke has wisely invested her earnings so that she has a sizeable fortune waiting for her when she retires.

Here’s a breakdown of Famke Janssen’s annual net worth:

With her acting talent and high-profile persona, Famke is sure to continue to earn massive amounts from her film appearances, ensuring that her wealth continues to grow for the foreseeable future.

Framke used to be married to famous director and writer Kip Williams but got divorced in 2000. She has no children and has announced that she is not interested in starting a family anytime soon.

Since her divorce, she has not been seen with a new partner, but you can follow her official Instagram account to see how she happily lives her life independently.

Famke is a talented actress with a strong screen presence that her co-stars acknowledge is riveting.

While she has yet to be nominated for the top accolades in the film world, only time will reveal if she has the talent to rise to become one of the very best.

Here are some of the more memorable moments from Famke Janssen’s career:

She still has many years of acting ahead of her and we look forward to seeing her grace our screens and win accolades for her appearances.

How Does Famke Janssen Spend Her Money?

Famke has invested mainly in real estate with her properties located in the United States, Greenwich, Amsterdam, and many more places.

She also has an impressive car collection which includes many of the most expensive cars in the world including the exotic Ferrari F355 and Porsche 911.

After her career as a model ended, Famke hit the acting circuit in pursuit of Hollywood fame and fortune.

She was quickly spotted as a rising star and her breakthrough roles in X-men and Nip/Tuck proved that she was capable of great performances.

Here are some of the best highlights of Famke Janssen’s career:

With her career far from over, she is certain to turn in many more riveting performances in the near future.

Famke has always been focused and driven to achieve her absolute best, both on the runway and on screen.

She doesn’t buy into a lot of the entertainment industry hype, preferring to reserve judgment on her co-stars and even on her own performances.

Here are our favorite quotes from Famke Janssen:

Famke had always known what she wanted to do and single-mindedly went in pursuit of her dream.

Now that you know all about Famke Janssen’s net worth, here are some of the best success lessons to learn from Famke Janssen:

If you have a dream, don’t listen to what others think, just do what you have to do to follow your dream without others impacting it in any way.

2. Do It Because You Want To

Famke can go mainstream and work for a lot more money. But she prefers to work for more artsy films as she does it for quality, not money.

3. Even The Dark Side Of Life Has A Great Impact On Creativity

Without the darkness, there would be no artists. Famke believes that out of darkness comes creativity and she may very well be right.

Framke is an inspiration to girls everywhere, proving that they can follow their dreams and become a superhero. Once landing her role in the Marvel Universe, success followed success, allowing Famke to pursue another of her passions, philanthropy.

Despite this, she has still created a luxurious lifestyle for herself and we hope to see her next amazing role in the not-too-distant future.

As of November 2022, Famke Janssen’s net worth is estimated to be $20 Million.

What do you think about Famke Janssen’s net worth? Leave a comment below.