On his YouTube channel, Evan shares success lessons as well as celebrates every entrepreneur you think of.

Here are 12 powerful quotes taken from Evan Carmichael to give you a couple doses of inspiration on your journey.

“Don’t quit! Find that motivation to keep going even when people around you think you’re nuts.” – Evan Carmichael

Motivation = the reasons behind your actions, and your purpose.

As long as you keep your reasons on the forefront of your mind, you’ll be able to flush out any criticism others have of you.

“Whenever they think of what you do, you should be the first person who comes to mind.” – Evan Carmichael

I love this quote because what he’s saying is, people have to care enough about what you do.

And to get people to care enough about what you do you’ve got to keep showing up. Non stop. Consistently. The same way Coca-Cola, Jay Z, and many others do.

“Know in your heart that there is someone out there who wants to say yes, and don’t give up until you find them.” – Evan Carmichael

It’s easy to give up and write it off as something nobody cares about. But the real question is – if everybody on the planet knew your name or your business, how many of them would say “yes”?

This quote is a reminder to keep searching for those people who not only want to help us, but would appreciate the benefits you’re able to bring to them.

“Take consistent action everyday until you reach your goals and believe that you can do it.” – Evan Carmichael

All the examples out there of people who’ve achieved their dreams, not one of them believed they couldn’t do it. If they did, we wouldn’t know about them.

It’s no different from going after the girl or guy you want. If you don’t believe you’re worthy or able to make it happen, you’ll fail to bring it to fruition or take action consistently. Keep believing!

“Nobody wants to fail, but you can’t let the fear of failing prevent you from making important decisions in your life.” – Evan Carmichael

Avoiding failure 100% of the time would be fantastic. That would be great. But that’s not the reality. Human beings are imperfect so you’re only wasting your time trying to avoid it.

Instead, have the courage to move past your fears so you can move closer to your dreams and the things that matter to you.

“Until you prove yourself, you’re going to have a lot of people doubt your ability to succeed. Ignore them and believe in yourself.” – Evan Carmichael

Don’t let their doubts overshadow what’s possible for you.

“There’s never enough information to make a decision that you can be 100% sure of.” – Evan Carmichael

It’s extremely easy to procrastinate on the decisions you want to make. Especially when you over analyse and try to make everything “perfect” before making your move.

Get the necessary amount of information needed, then follow it up with action. Or you’ll never be certain.

“Once you say you’re going to settle for less, that’s what happens to your entire business.” – Evan Carmichael

Not only does that happen to your business if you’re in business, it happens to your entire life, too. This quote is a reality check.

If you’re going to settle for anything, settle for more. Because more is beats less every single time.

“Anything worth doing will come with a healthy dose of fear.” – Evan Carmichael

If you were in a zoo and a lion somehow escaped its cage, you’d have a good reason to be afraid. But that shouldn’t translate to do the things you want to do.

If it’s worth doing, having, achieving, you’ll have a certain level of fear towards it. And that’s a good indicator of what you need to do.

“The key is to get started. Too many people don’t start because they’re afraid of failure, You will know failure. Keep going.” – Evan Carmichael

If it’s not going to kill you, you have nothing to be afraid of. Look at logically. If the benefits massively outweigh the negatives, the next best step is to get started and adjust along the way.

“Forget about what other people say and that the odds are stacked against you.” – Evan Carmichael

If you’re living on planet earth, the odds were stacked against you from the very beginning. In other words, don’t let that be justification for giving up on your goals and your dreams.

The odds were stacked against every single person who’s set an example for one accomplishment or another. But that didn’t stop them from making it happen. Choose your beliefs wisely.

“When you believe, others around you will as well.” – Evan Carmichael

What this quote says is –

“BY BELIEVING IN YOURSELF AND YOUR GOALS, YOU SET A POSITIVE EXAMPLE FOR OTHERS. AND THAT ENCOURAGES OTHERS TO BELIEVE AS WELL.”

The most easily influenced people in our society are kids.

If you don’t believe in yourself or your dreams, you automatically send that message to kids as well. As well as people of all ages.

Be the example for others, and don’t stop believing in what’s possible for you.
​

Do you have any Evan Carmichael quotes to share?

Drop them in the comments below, and share your thoughts. 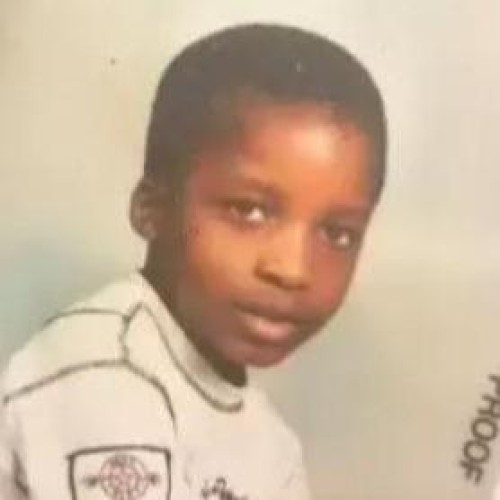 Theo Ellis
Theo Ellis is an author, blogger and entrepreneur who's committed to entrepreneurship after being made redundant in 2012. He provides real advice taken from real experiences to help you grow on a personal level.

Naomi Osaka has made millions with her skills as the first Asian player to be ranked number one in female tennis singles.