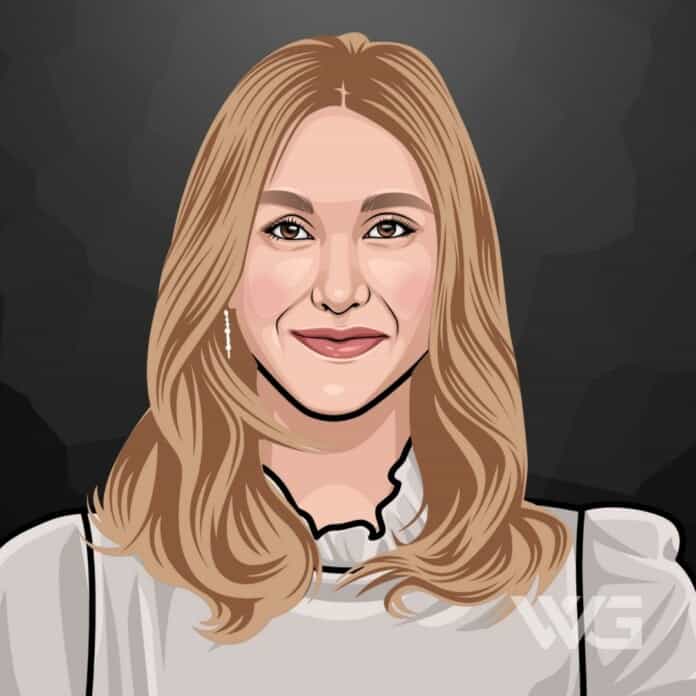 What is Whitney Port’s net worth?

In 2006, she rose to fame after being cast in the reality television series ‘The Hills.’

During its production, she held positions with Teen Vogue and Kelly Cutrone’s People’s Revolution. After moving to New York, she was commissioned to star in her own spin-off series ‘The City.’

As of December 2022, Whitney Port’s net worth is estimated to be roughly $5 Million.

Port is the daughter of Jeffrey and Vicki.

Her father owned a fashion company and died in 2013 from kidney cancer. Port has a brother and three sisters. She was raised in a Jewish household.

In 2006, Port started her career on the MTV reality hit show ‘The Hills.’ It chronicled the personal and professional lives of Port and friends Lauren Conrad, Heidi Montag, and Audrina Patridge.

In the fourth season, Port was an audience favorite. Throughout the series, she held positions with Teen Vogue and Kelly Cutrone’s People’s Revolution.

Then, a few years later, she moved to New York to work for world-famous fashion designer Diane von Fürstenberg.

While Port was in New York, she starred in her own spin-off series ‘The City.’ It documented the lives of Port and companions Jay Lyon, Olivia Palermo, and Adam Senn.

In 2009, she launched her own clothing line called ‘Whitney Eve.’ Three years later, she got the opportunity to serve as the judge of the 8th cycle of Britain & Ireland’s Next Top Model.

She also made a cameo in the movie ‘What To Expect When You’re Expecting.’

As of December 2022, Whitney Port’s net worth is estimated to be roughly $5 Million.

How Does Whitney Port Spend Her Money?

Port owns an incredible home in California which was purchased for $1.5 million. It comes with two bedrooms and two bathrooms, and a beautiful swimming pool.

We can see cars such as a Porsche Cayenne and a Range Rover in Port’s car collection.

Here are some of the best highlights of Whitney Port’s career:

“Find what you love and find a way to make that part of your every day. You have to find the confidence to take certain risks. You’re going to hear a lot of no’s before you get to the yes’. It’s important to have that confidence to overcome that and know it’s part of trying to grow something big.” – Whitney Port

“I figure if I just stay true to myself and I am the Whitney that I’ve always been, people will look at me not as Whitney from the show, but as a human being.” – Whitney Port

“Any business or start-up you have, you’re going to be faced with a lot of people who maybe don’t believe in it or see the vision or just say no.” – Whitney Port

“Things like dating, family, and friends are just so valuable to me, and I didn’t want to put any strain on any of those relationships, and you can see how the cameras around people can make people a little bit loopy. I didn’t want to bring that into my life.” – Whitney Port

“I never thought I would be doing something with television. It changes just in the fact that you walk outside and watch your step and not trust too willingly. Other than that, I have stayed true to myself, kept my old friends, and the whole good deal.” – Whitney Port

“I think what I am always trying to do is make clothes for every girl to wear, to make things that you are going to accessorize from day tonight. I am really trying to focus on casualwear – making your basic sweatpants cool, trendy, and funky.” – Whitney Port

Now that you know all about Whitney Port’s net worth and how she achieved success; let’s take a look at some of the lessons we can learn from her:

Find a way to do what you love each day.

2. Family and Friends Is Important

Friends and family are keeping us happy in life. Stay close to them.

We all make mistakes because we are all humans.

If people refuse to look at you in a new light and they can only see you for what you were, only see you for the mistakes you’ve made, if they don’t realize that you are not your mistakes, then they have to go.

How much is Whitney Port worth?

Whitney Port’s net worth is estimated to be $5 Million.

How old is Whitney Port?

How tall is Whitney Port?

Whitney Port is an American television personality, fashion designer, and author. Port has played the lead role in the MTV reality shows ‘The Hills’ and ‘The City.

She has also written for Teen Vogue, worked for Diane von Fursten berg, and in 2009 presented her own line of clothing called “Whitney Eve.”

As of December 2022, Whitney Port’s net worth is estimated to be approximately $5 Million.

What do you think about Whitney Port’s net worth? Leave a comment below.

What is Tony Blair's net worth?  Introduction   Tony Blair is a...