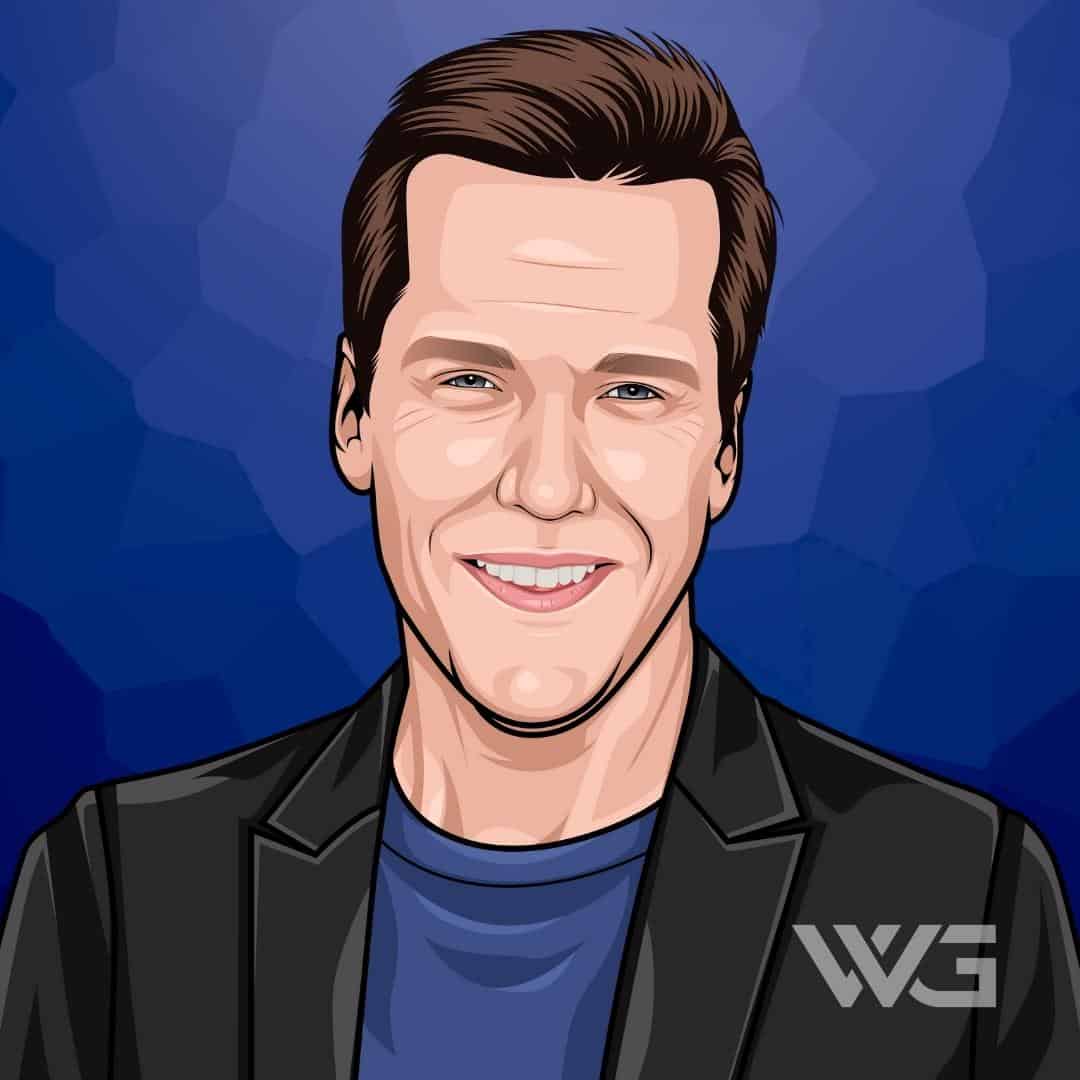 What is Jeff Dunham’s net worth?

Jeff Dunham is an American actor, stand-up comedian, and ventriloquist, who has made appearances on various television shows, most notably, The Tonight Show and Comedy Central Presents.

His performances invariably leave the audience in stitches. He is known for pushing the limits with his jokes, getting away with sarcastic and cutting remarks as his dummies are the ones who’re usually at fault.

The ingeniousness behind his performance is his unique way of creating personas and characters that you recognize and can’t help but love.

Even when his puppets represent a character that is quite dreadful, he manages to get away with jokes that no one else would dare to try.

Jeffrey Douglas Dunham was born on 18 April 1962, in Dallas, Texas, and was adopted at three months old.

He was taken in as a baby by a devout Christian family. His father, Howard Dunham, was a real estate appraiser, and his mother, Joyce, was a homemaker. He was an only child.

This could be the reason behind his finding a ventriloquist doll great company after it was given to him when he was 9 years old.

Jeff received the doll for Christmas, and very shortly afterward, checked out a book from the library on ventriloquism, which, he has revealed, is still in his possession to this day.

Big inspirations for him as a child were Charlie McCarthy and Mortimer Snerd, who were the ventriloquism dolls of Edgar Bergen.

From early on, Jeff performed in multiple commercials while still only in high school. By the time Jeff entered university, he was earning over $70,000 annually.

It is little wonder that he was voted most likely to succeed in high school.

Even with Jeff’s jokes being a bit risqué, the puppets seemed to subdue the jokes. In 1976, he was interviewed by a local news reporter and, from there, his popularity skyrocketed.

This interview got him his first big job for a Datsun dealership in Dallas while still in high school.

Once enrolled at university, Jeff soon became busy juggling schoolwork and performances. He would fly all around the country on weekends and attend over 100 shows per year.

In 1985, Jeff got his big break, being asked to join the Broadway show, Sugar Babies.

After graduating, he continued to perform in comedy clubs around the Southwest. After a while, Jeff realized that the main problem with his acts was the lack of development in his humor.

Jeff was inspired by comedians like Jerry Seinfeld and took advice from more experienced performers. He became friends with the owner of The Comedy and Magic Club, where he was able to practice his new comedic acts. This was his first step away from G-rated jokes and on to a more adult-like theme.

After lots of appearances at clubs around Los Angeles, Jeff finally felt confident enough to appear on The Tonight Show in 1990. Jeff’s appearance went extremely well and was the biggest break of his career.

In 1996, he appeared with Ellen DeGeneres on the Ellen show and went on to appear on the Tonight show four more times.

He appeared on Comedy Central Presents in his first solo performance, which was super successful. After a few more shows, Comedy Central decided to air “Arguing with Myself”, which went on to sell two million DVDs worldwide.

Jeff traveled globally with his characters, easily crossing language barriers. This culminated in his 2008 shows performing in front of tens of thousands of people in huge arenas.

Jeff Dunham is cagey about what he earns, but we estimate that he receives a salary of between $15 million and $30 million annually.

With Jeff’s popularity with a huge segment of the TV audience, he’ll not have any trouble maintaining and even increasing his earnings in the future.

Jeff is an astute businessman as well as a highly talented performer. By putting his money into real estate and valuable vehicles, he’s managed to grow his net worth to the huge amount it is now.

Here’s a breakdown of Jeff Dunham’s annual net worth:

Given his popularity, Jeff will no doubt continue to amass a fortune from his live shows and TV specials.

In 1994, Jeff married his girlfriend of two years, Paige Brown. He met Paige at the Comedy Corner and they hit it off immediately. They adopted a daughter whom they named Bree and had two daughters, Ashlyn and Kenna.

Unfortunately, with Jeff’s time away performing, they divorced due to the strain his career was putting on them.

On the 25th of December 2011, Jeff married a personal trainer, Audrey Murdick. They had twin boys,  James Jeffrey and Jack Steven, the year after their marriage.

Jeff doesn’t just love building his dummies, but also has a passion for building custom helicopters. He is also the owner of the original Batmobile, which he outfitted to make it street legal.

Building on his early successes, Jeff has become a worldwide phenomenon as a comedian. His wacky humor and relatable characters are popular wherever he goes.

Here are some notable moments to remember from Jeff Dunham’s career:

Jeff is constantly in the news, with his cutting humor and accurate portrayals of relatable characters. For this reason, we are certain he will be receiving more accolades as the years go by.

How Does Jeff Dunham Spend His Money?

He has also invested quite a bit in real estate as well, having sold a Mediterranean-style home in Encino, California, for $4.1 million.

Jeff has also made a fortune by selling a Del Mar beach-view house for $5.5 million.

As a passionate car enthusiast, it is not hard to explain the original Batmobile in Jeff’s garage. Not only does he have the iconic superheroes’ car, but also many of the most expensive cars in the world along with sports cars and antique vehicles.

You can learn more about what Jeff is doing on his official Instagram account which lists toy collecting as one of his hobbies.

After more than 45 years in showbusiness, Jeff has had many highs and lows in his career. Comedy is a difficult medium and you’re not always going to be popular with everybody.

Here are some of the best highlights of Jeff Dunham’s career:

His humor is timeless while at the same time touching on relevant and newsworthy current events. This is the source of his great success and what his fans have come to expect and love.

As a performer and comedian, Jeff is known for his commentary on life and current events. Many of his quips are spot on, finding their target and eliciting a wry smile at their accurate assessment of events and characters.

Here are our favorite quotes from Jeff Dunham:

Jeff has had to develop a thick skin as his critics are always waiting for him to misstep. Despite this, Jeff has managed to build an enormous fortune and leave his mark on the comedy landscape.

Now that you know all about Jeff Dunham’s net worth, here are some of the best success lessons to learn from Jeff Dunham:

No matter what other people say, follow what you believe in.

Never give up, no matter the obstacles in the way. It is never easy to break new ground, but the ability to keep going when the going gets tough is what makes for great success.

3. Be True To Yourself

Do what you want to do for yourself, not for anyone else. In the final analysis, you need to make yourself happy, because no one else can.

Jeff Dunham has put a unique spin on the comedy industry. He’s proven that props can make a huge difference, especially when it comes to risqué jokes.

By working hard to perfect his humor, he’s elevated his performance to an art form that has wide audience appeal. It is an impressive feat to start from such a young age doing small shows, and then end up as one of the richest comedians of all time.

Not only is Jeff Dunham a role model for comedians everywhere, he’s an inspiration to anyone who has a passion for entertainment and wants to earn a lot of money into the bargain.

What do you think about Jeff Dunham’s net worth? Leave a comment below.