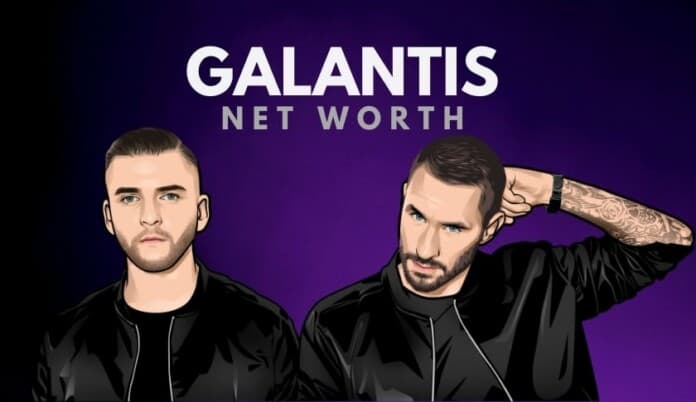 What is Galantis’ net worth?

The duo consists of Christian Karlsson and Linus Eklöw. Karlsson is also known as Bloodshy as part of two other musical groups, a duo (Bloodshy & Avant) and a trio (Miike Snow).

The duo initially met by chance at Karlsson’s Robotberget studios in Stockholm, sometime in 2007.

The duo initially met by chance at Karlsson’s Robotberget studios in Stockholm, sometime in 2007.

In 2009, Karlsson’s band Miike Snow asked Eklöw, who produces and DJs as Style of Eye, to remix their song ‘Animal’.

After that, the two started hanging out in the studio together, playing each other songs and scraps of ideas. Karlsson has co-written and co-produced tracks for artists such as Katy Perry, Britney Spears, Jennifer Lopez, Kylie Minogue, and Madonna.

Since the early 2010s, the pair’s prolific output has yielded hits such as the multi-platinum ‘Runaway (U & I)’, ‘Peanut Butter Jelly’,  and ‘No Money’ from their first two albums.

The following year, Galantis released the single ‘No Money’, which became their first song to debut on the Billboard Hot 100. That same year also saw the release of ‘Love on Me’, a collaboration with Aussie DJ Hook N Sling, and in 2017 they released a remix of singer/songwriter/pianist Wrabel’s ‘Bloodstain’.

Galantis spent 2018 issuing singles such as ‘Spaceship’ featuring Uffie and ‘Satisfied’ featuring MAX. The next year was much the same, highlighted by collaborations with OneRepublic, Passion Pit, and even Dolly Parton.

By the time 2020 rolled around, most of their next album’s tracks had already been released. Nonetheless, Galantis issued their third LP, ‘Church’.

As of February 2023, Galantis’ net worth is estimated to be roughly$3 Million.

Here are the best highlights of Galantis’ career:

“We always have live elements. It’s more a question of how many live elements. Sometimes festivals won’t let you bring a whole lot. But for this tour we’ve brought a ton. It depends on the venue, of course, but we like to bring as much as possible.” – Galantis

“More just unreleased remixes and some new mashups. We do have new music coming through, probably next month. Even on the road, we work on new music every single day. We produce on tour. You have to, otherwise, we just wouldn’t have enough time.” – Galantis

“It always changes. We get big reactions to most of the album songs though. A lot of people seem to be loving “Peanut Butter Jelly” lately, and of course, “Runaway (U&I)” is still a big one. But it’s great to see people also getting into “Firebird” and “Gold Dust” and a few of the others.” – Galantis

“I think it’s an art in itself to send things back and forth because when you’re working with someone new you don’t want to step on anyone’s toes or be disrespectful in any way. When you’re in the same room it’s easy to explain stuff, but when you’re sending feedback it can be misinterpreted.” – Galantis

“I’ve got to say, the video is the best video I’ve seen in years. And Jackson directed it, so that really blew me away. I already knew he was a great performer and vocalist.” – Galantis

“K-pop is something that, for me, as an Asian, I’m really proud of today. K-pop artists really put in the work, effort, and time to perfect everything. Plus, it’s so unique. That’s one side, then the other is the interaction with their fans.” – Galantis

Now that you know all about Galantis’ net worth, and how they achieved success; let’s take a look at some of the best lessons that we can learn from them:

It’s good to like yourself, and that only comes from hard work, from doing. But vanity is dangerous; it can trip you badly.

You are confined only by the walls you build yourself.

You attract what you are, not what you want. If you want great, then be great.

Galantis is a Swedish electronic music production and songwriting duo.

They have had international success with their single ‘Runaway (U & I)’. The song subsequently shot to the top of Spotify’s Global and US Viral charts and became a Top 10 Spotify track in the Netherlands, Belgium, and Finland. Today, the group is one of the most popular DJs.

What do you think about Galantis’ net worth? Leave a comment below.

What is Rob Dyrdek's net worth?  Introduction  As of ,...