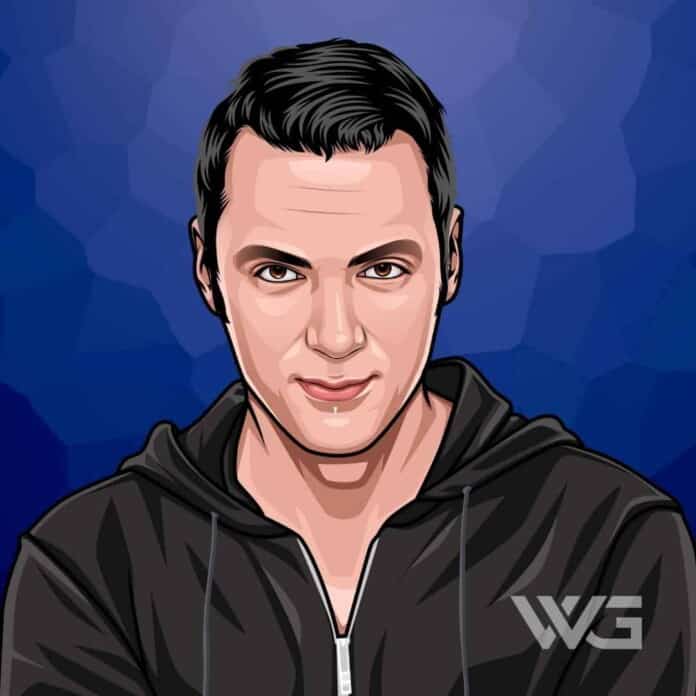 What is Ummet Ozcan’s net worth?

Turkish-Dutch EDM producer and DJ Ummet Ozcan began his musical career at the age of 14.

Having the ability to play a plethora of instruments. Taking his production influences from tech-trance, he released his first single, ‘Chica Good,’ in 2006.

As of December 2022, Ummet Ozcan’s net worth is estimated to be $2 Million.

He began producing music in 2006, and one of his greatest influencers is the composer Hans Zimmer.

His foray into the music industry began with creating his own label, ‘Beatproviders.’ He worked for a long time in singles releases stamps such as Reset Records and Sander Van Doom.

After he released his first single, ‘Chica Good’ in 2006, he followed this up with several digital releases via his own Beatproviders imprint. Slowly building his reputation as a prolific and talented trance DJ and producer, he issued a steady stream of tracks for labels such as Liquid, Doorn, and Spinnin’s offshoot label Reset Records from 2007 onward.

In 2011, his track ‘Reboot’ spent several weeks on top of the Beatport chart; he became recognized as a unique talent within the EDM scene. His style began to change into more of a big-room progressive house sound.

He topped the Beatport chart once again with the hit ‘The Box.’ In 2013, he released another successful track, a collaboration with R3hab and Nervo titled ‘Revolution.’

Further hits continued in 2014, including ‘Raise Your Hands,’ ‘Smash!’,  and ‘Superwave.’ Ozcan teamed up with van Dyk once again for ‘Come with Me (We Are One),’ and the Calvin Harris collaboration ‘Overdrive’ appeared the same year.

He scored his biggest hit yet with ‘The Hum,’ his song with Dimitri Vegas & Like Mike, which hit number one in Belgium in 2015.

As of December 2022, Ummet Ozcan’s net worth is estimated to be roughly $2 Million.

Here are the best highlights of Ummet Ozcan’s career:

“Of course, I’ll check with others to hear their opinion, but in the end, it’s my decision. Besides that, the release frequency is higher and gives me more opportunities because I don’t have to wait for a free release slot at one of the other labels.” – Ummet Ozcan

“It was great fun to be one of the early ones with this genre. I excitingly recall my records being played at all the major festivals by almost any artist. Luckily, they still play my tracks a lot, but I guess the sound has more matured now as we’ve moved on.” – Ummet Ozcan

“I’ve always loved the hardstyle scene because of its dynamics, and Coone and Villain are two great exponents of it. We’ve done a few studio sessions together to finish “Trash Moment” and ultimately featured the track at each others’ festival gigs.” – Ummet Ozcan

“Yes, why not if we can make the world a little better? In the end, we can fulfill our influencer’s role positively to create awareness for all kinds of things. For example, Leonardo di Caprio, who’s an activist for nature and fights to preserve our earth by using his social media channels to the max.” – Ummet Ozcan

Now that you know all about Ummet Ozcan’s net worth and how he achieved success; let’s take a look at the best life lessons that we can learn from him:

Life is tough, be strong.

Life is too short. Enjoy your work every day.

How much is Ummet Ozcan worth?

Ummet Ozcan’s net worth is estimated to be $2 Million.

How old is Ummet Ozcan?

How tall is Ummet Ozcan?

Ummet Ozcan is a Dutch DJ and producer. His releases are supported by DJs like Sander van Doorn, Armin van Buuren, Tiësto, Calvin Harris and Hardwell.

Ozcan releases a lot of his musical material under the Spinnin Records sublabel “Reset Records.” Also, his co-production “MEM” releases most of their material on this label.

As of December 2022, Ummet Ozcan’s net worth is estimated to be roughly $2 Million.

What do you think about Ummet Ozcan’s net worth? Leave a comment below.