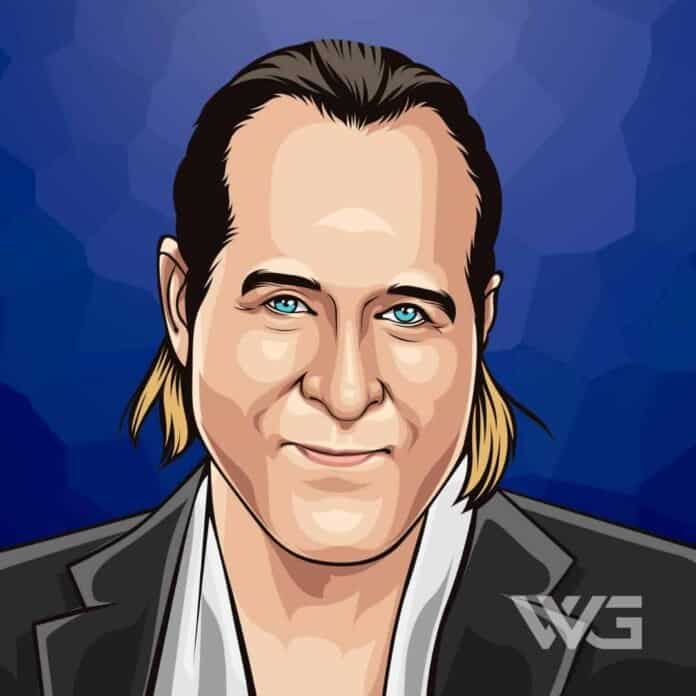 What is Peter Stormare’s net worth?

As of November 2022, Peter Stormare’s net worth is estimated to be roughly $5 Million.

Storm is known for his roles as Gaear Grimsrud in ‘Fargo’ and John Abruzzi on ‘Prison Break’. He also appeared in the films ‘The Lost World: Jurassic Park’, ‘Playing God’, ‘The Big Lebowski’ and ‘Armageddon’.

Rolf Peter Ingvar Storm was born on the 27th of August, 1953, in Arbrå, Gävle. Storm developed an interest in acting when he was a little boy and received his early training at an acting academy.

He decided to change his surname to Stormare when he found out he shared his surname with another senior student at the academy.

Stormare began his career as an actor when he joined the Royal Dramatic Theatre. He was associated with them for 11 years and after that, he joined the Tokyo Globe Theatre as an associate artistic director and became apart of many Shakespeare performances.

In the 1990s, Stormare moved to the United States and started featuring in films and television shows. He appeared in the 1996 black comedy-crime drama film ‘Fargo’ as ‘Gaear Grimsrud’.

In 1998, Stormare appeared in the American science fiction disaster film ‘Armageddon’ as ‘Lev Andropov’, the Russian cosmonaut, besides Bruce Willis and Ben Affleck. He then appeared in the crime comedy film ‘The Big Lebowski’ as ‘Uli Kunkel’ later that year.

In the new millennium, he appeared in numerous films, playing special appearances or small roles, like ‘Bad Company’, ‘Bad Boys II’, and ‘The Brothers Grimm’.

His other notable works in films include his roles in ‘Unknown’, ‘Premonition’, ‘Witless Protection’, ‘The Killing Room’, ‘Lockout’, ‘Small Apartments’, ‘The Last Stand’, ‘Siberian Education’, ‘Pain & Gain’, and ‘22 Jump Street’.

Here are some of the best highlights of Peter Stormare’s career:

“If I had the money, I would love to open up a movie theater that just played images and colors and beautiful music. For me, there’s nothing like listening to a beautiful opera sometimes – on a record or seeing it live – just to be sleepy and let those beautiful voices take me somewhere I’ve never been before.” – Peter Stormare

“I’ve been very lucky and fortunate to meet people that are very inspirational in their spirits, too, and not just as filmmakers – in their personal life. I mean, Steven Spielberg is very inspirational just to sit down and talk for an hour, like Ingmar Bergman was. They know so much about life and, you know, movie-making, so it’s just wonderful to be around those people.” – Peter Stormare

Now that you know all about Peter Stormare’s net worth, and how he achieved success; let’s take a look at some of the strongest lessons we can learn from him:

1. Don’t Get Too Comfortable

Don’t get too attached to material things.

Seek out people with different beliefs and views of the world to yours and get to know their side of the story.

Living a good life is the best way possible to convince people.

How much is Peter Stormare worth?

Peter Stormare’s net worth is estimated to be $5 Million.

How old is Peter Stormare?

How tall is Peter Stormare?

Peter Stormare is a Swedish actor, theatrical director, voice actor, and playwright who is known for portraying the character of ‘Gaear Grimsrud’ in the 1996 black comedy-crime drama film ‘Fargo’. Stormare has also played several other popular roles in films and television shows in his four-decade-long illustrious career.

What do you think about Peter Stormare’s net worth? Leave a comment below.