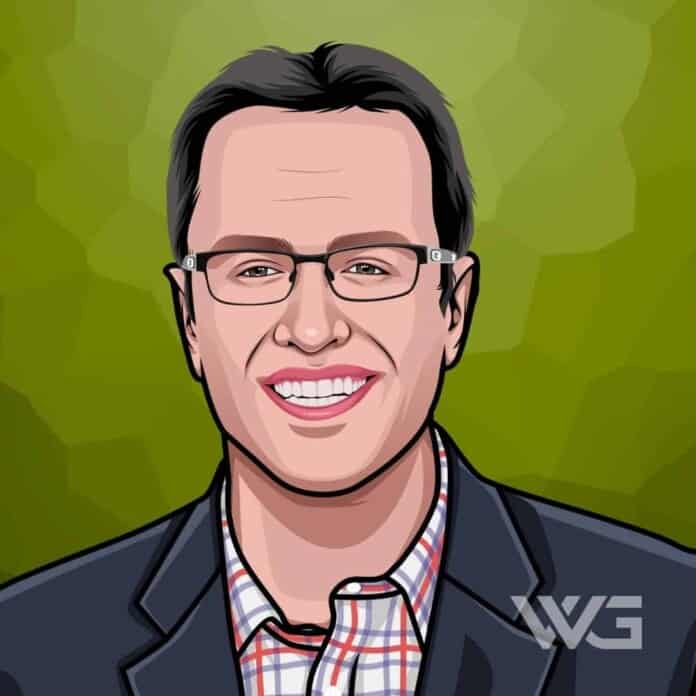 What is Jared Fogle’s net worth?

Jared Fogle is an American former spokesperson for Subway restaurants.

Fogle was made a spokesperson for the company’s advertising campaigns from 2000 to 2015.

He graduated from North Central High School and Indiana University in 1995 and 2000. In 2000, he became the spokesperson for Subway, and he appeared in Sunway commercials.

As of February 2023, Jard Fogle’s net worth is estimated to be roughly $4 Million.

Fogle is the son of Norman and Adrienne Fogle. He has one younger brother and a sister. Fogle was raised in a Jewish home. He had a Bar Mitzvah while he was on a trip to Israel.

In 1995, Fogle graduated from North Central High School in Indianapolis. He graduated from Indiana University Bloomington in 2000. He started to work in revenue management.

Fogle came to media attention in 1999. He changed his eating habits upon the switch to eating at Subway by eating smaller portions. In 2008, a Subway campaign called “Tour de Pants” celebrated Fogle maintaining his weight loss for a decade.

In 2004, he established the Jared Foundation; a nonprofit organization focused on raising awareness about childhood obesity through educational programs and tools provided to parents, schools, and community organizations.

As part of the campaign, Fogle announced that he would retire his pair of 62-inch pants to a museum at the end of the advertising tour.

At the beginning of 2008, his presence in Subway advertisements decreased due to its placing a new emphasis on its “$5 Footlong” promotion. His role in Subway got him some other opportunities, such as appearances in WWE in 2009 and 2011. In 2013, he had filmed more than 300 commercials.

He also made appearances in the ‘Sharknado’ film series. He also had a cameo appearance in Sharknado 3: Oh Hell No!’.

As of February 2023, Jared Fogle’s net worth is estimated to be roughly $4 Million.

How Does Jared Fogle Spend His Money?

There is not much information on how Jared Fogle spends his money. However, he owns a home in Zionville, Indiana.

Here are some of the best highlights of Jared Fogle’s career:

“I tell children from all over the country that it’s good to eat healthily and nothing to be ashamed about. They know me from the Subway commercials and can relate to what I’m saying.” – Jared Fogle

“I know how hard it is to lose weight and maintain an active lifestyle. But I didn’t do it alone, and others don’t have to either. Staying motivated took a daily commitment to myself and the support from family, friends, and experts. Now, through the SUBWAY(R)’s ‘Fresh Resolutions’ support program, I want to help people stick to those resolutions of maintaining an active and healthy lifestyle in January and throughout the rest of the year.” – Jared Fogle

“Because research has shown that obesity in children today has tripled in the last 20 years and is becoming perhaps the biggest threat to the health and welfare of future generations.” – Jared Fogle

“I know how long it took me to lose my weight, and people have got to understand it’s not always easy. If all this can help one child, we are doing our job.” – Jared Fogle

“If people didn’t give a damn, I wouldn’t be in the position I’m in. I try not to lose sight of that.” -Jared Fogle

Now that you know all about Jared Fogle’s net worth and how he achieved success; let’s take a look at some of the lessons we can learn from him:

Create something, having a hobby is also important and can help increase your happiness level.

2. Acceptance Is The First Step To Freedom

Once you accept things as they are and find that you don’t like what you see, you can take the next step to change things for the better.

3. Overthinking Can Immobilize You

Whether you do it by procrastinating, blame-shifting, or by being anxious, thinking too much can cost you precious opportunities for changing your circumstances in life.

How much is Jared Fogle worth?

Jared Fogle’s net worth is estimated to be $4 Million.

How old is Jared Fogle?

How tall is Jared Fogle?

Jared Fogle is an American spokesperson and motivational speaker best known for being the main Subway spokesperson.

At the peak of his career, he earned $2 million a year as a spokesman and motivational speaker.

His role in Subway afforded him many opportunities, such as appearances in WWE in 2009 and 2011.

By 2013, Fogle had filmed over 300 commercials, and he continued to make appearances and speeches for the company. He has been a guest on numerous TV shows throughout his career, including the ‘Oprah Winfrey Show’ and ‘Larry King Live.’

As of February 2023, Jared Fogle’s net worth is estimated to be roughly $4 Million.

What do you think about Jared Fogle’s net worth? Leave a comment below.