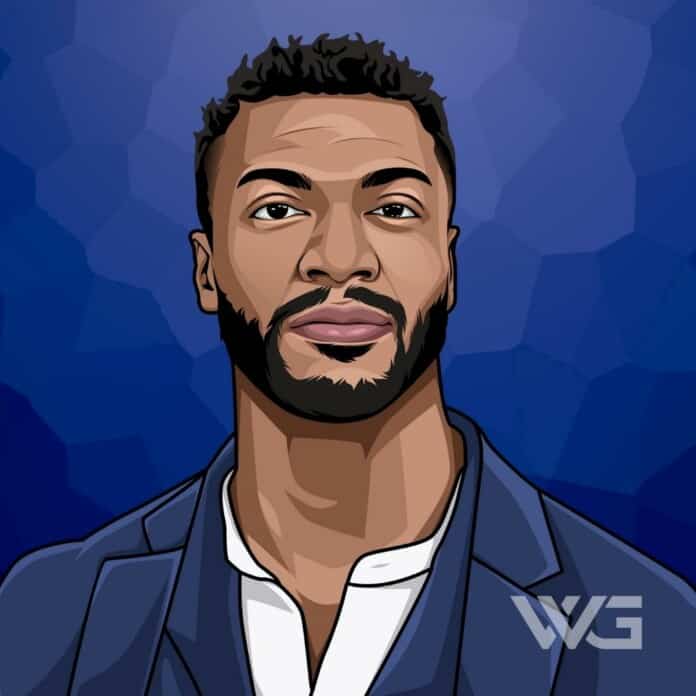 What is Aldis Hodge’s net worth?

Aldis Hodge is an American actor from North Carolina.

Hodge is best known for his portrayal of Alec Hardison on the TNT series ‘Leverage’, MC Ren in the 2015 biopic ‘Straight Outta Compton’, Levi Jackson in the 2016 film ‘Hidden Figures’, and as Noah in the WGN America series ‘Underground’.

Aldis Alexander Basil Hodge was born on the 20th of September, 1986, in Onslow County, North Carolina.

Both of his parents, Aldis Basil Hodge and Yolette Evangeline Richardson, served in the U.S. Marine Corps.

Aldis is the younger brother of actor Edwin Hodge. Hodge played both the clarinet and the violin as a child, but as an adult, his focus is on the violin; he purchased his first at the age of 18.

In 2015, Hodge starred in “Straight Outta Compton” portraying MC Ren, a member of the pioneering rap group N.W.A. The film captivated audiences all over the world and was nominated for an Oscar, a SAG Award as well as won the NAACP Award for Outstanding Motion Picture.

In 2017, Hodge was seen in the critically acclaimed film “Hidden Figures” alongside Taraji P. Henson, Octavia Spencer, and Janelle Monáe.

Hodge is in production on the Paramount Pictures film “What Men Want” starring opposite Taraji P. Henson and Tracy Morgan. The film is produced by Will Packer, directed by Adam Shankman and will be released in January of 2019.

He recently wrapped production on a Showtime pilot produced by Matt Damon and Ben Affleck entitled “City on a Hill” where a played the co-lead opposite Kevin Bacon.

Here are some of the best highlights of Aldis Hodge’s career:

“I was homeschooled until I was 14, and then when I was 14, I began attending college. Mom was not playing about that education. She always said, “Acting is a privilege, not a priority. Education is a priority. If you’re not bringing home As and Bs, you can’t go on the audition.” – Aldis Hodge

“I love my job, simply because we can keep things fresh, all the time. That’s a luxury not all shows have. For us, as actors, it keeps us interested in our jobs and it keeps us coming back to work, every day. A new setting is amazing ’cause it’s new for the team and it’s new for our characters.” – Aldis Hodge

“Some of my jobs consist of drafting and making technical drawings. So everything I did back then has materialized into something substantial for me today. Whatever kids are into, that might be their thing.” – Aldis Hodge

“My mom experienced racism. She was harassed by the KKK several times. And I experienced racism myself, growing up. In New Jersey, we had trash thrown on our lawn every day. And we had the lines to our Christmas lights cut three years in a row. We just stopped putting up Christmas lights after that. That’s probably why I still don’t put up any lights during the holidays.” – Aldis Hodge

“They don’t really focus on that history here in America. I remember growing up as a kid, history class was very washed-over. They didn’t really get into the gritty bits of slavery. It’s a very, very small section in the history books. It’s not something they really touch on directly with American curriculums.” – Aldis Hodge

Now that you know all about Aldis Hodge’s net worth, and how he achieved success; let’s take a look at some of the best lessons we can learn from him:

Experience keeps a dear school, but fools will learn in no other, and scarce in that.

Wanting something is not enough. You must hunger for it. Your motivation must be absolutely compelling in order to overcome the obstacles that will invariably come your way.

How much is Aldis Hodge worth?

Aldis Hodge’s net worth is estimated to be $10 Million.

How old is Aldis Hodge?

How tall is Aldis Hodge?

Aldis Hodge is a SAG Award-winning actor, who has built a dynamic career as a versatile performer shining in roles in both film and television.

What do you think about Aldis Hodge’s net worth? Leave a comment below.

Best known for Trainspotting, Slumdog Millionaire, and 127 Hours, Danny Boyle is an English director who has earned millions making magic behind the camera.