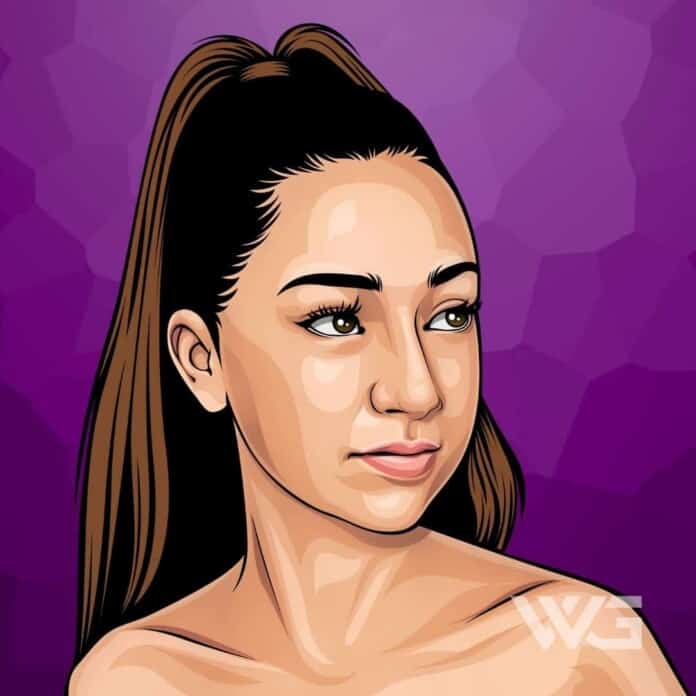 What is Bhad Bhabies’ net worth?

Danielle Bregoli Peskowitz is an American rapper/social media personality. She became a viral sensation after appearing on the Dr. Phil show with her mother, and saying her now world-famous catchphrase, ‘Cash me outside, how ’bout that?’.

Bregoli’s success has been widely judged by others, majorly due to the reason why she was on the Dr. Phil show in the first place.

However, she’s proved that she’s actually a very talented individual; and used the publicity to build a following and a career.

Danielle Bregoli was born on the 26th March 2003, in Florida, United States of America. Her mother Barbara practically raised Danielle on her own, with no help from Danielle’s father, who’s a deputy at the Palm Beach Police Department.

Danielle is still only 14 years old, which kind of brings her early life and career into one section, but we’ve kept them separate anyway. She was 13 years old when she appeared on the Dr. Phil Show, as her mother was tired of her behavior.

The title of the show’s episode was: “I Want To Give Up My Car-Stealing, Knife-Wielding, Twerking 13-Year-Old Daughter Who Tried To Frame Me For A Crime.”

You can pretty much gather all the info you need to know from the title above. Needless to say, her behavior was a big issues for her mother, and that’s why they appeared on the show.

Whilst on the Dr. Phil Show, Danielle said the words, ‘Cash me outside, how ’bout dat?’ in a response to the audience’s laughter. It didn’t take long before it went viral. Memes were being created, remixes, music videos, you name it.

Even mobile games were created, without Bregoli’s permission, after which she sued the developers for trademark infringement.

Most viral sensations only last a month or so, and then they disappear from the web.

However, Bregoli took this opportunity to build a social media following, and start her own clothing line. She quickly racked up millions of followers and began charging for social media shout outs, as well as guest appearances.

Most recently, she’s released several music videos, which have racked up millions of views, and sent her career in a new direction.

Say what you want about the way she achieved her fame, but she knew exactly what she was doing in building a following and a 7 figure income.

As of February 2023, Bhad Bhabies’ net worth net worth is estimated to be $20 Million.

Here are some of the best highlights of Danielle Bregoli’s career so far:

“Catch me outside, how ’bout dat?” – Danielle Bregoli

“Her real name is Sally. But her street name is G-Dog Sally Wag.” – Danielle Bregoli

“B***h I’m gone. I’m taking my whole everything. I’m even taking my mattress off the bed.” – Danielle Bregoli

How much is Bhad Bhabie worth?

Bhad Bhabie’s net worth is estimated to be $20 Million.

How old is Bhad Bhabie?

How tall is Bhad Bhabie?

Danielle Bregoli has been judged heavily after achieving fame through appearing on Dr. Phil as a rebellious and rude teenager. However, the way she’s managed to achieve this net worth still takes skill and effort, despite viral fame.

What do you think about Bhad Bhabies’ net worth? Leave a comment below.

Dan Henderson had a record-setting career with multiple titles before retiring as the oldest, and one of the richest, fighters in the UFC.