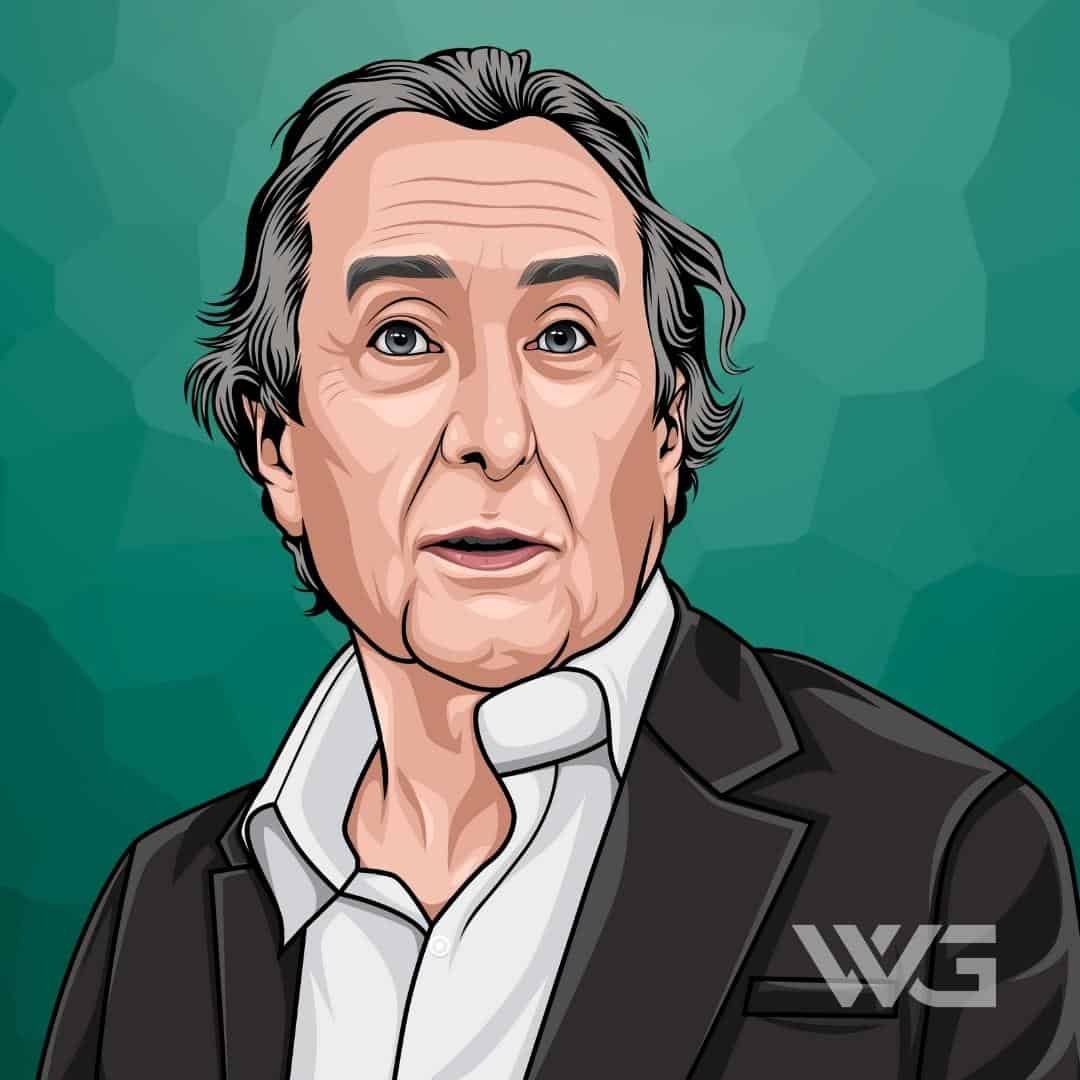 What is Eric Idle’s net worth?

Eric Idle is a man of many talents with his career in writing, comedy, and acting, and as a former member of Monty Python and The Rustles, he’s a legend.

He is also the writer of the musical Spamalot, which was a huge success everywhere it was performed. Most of his wealth has come from his contribution to the Monty Python brand.

His father, a sergeant in the RAF, passed away on Christmas Evening in 1945 due to a road accident. Naturally, his mother, a nurse, was distraught, which resulted in Eric mainly being brought up by his grandmother, living in Lancashire.

Idle attended St George’s Primary School and, while his mother was still around at the time, found it difficult to balance raising Eric and coping with a full-time job.

Eric ended up being enrolled in a boarding school, Royal Wolverhampton, and unfortunately, Eric did not cope very well as he was constantly bullied.

He went on to become head boy and would sneak out on Thursdays to attend the cinema. Because there was not much to do at the boarding house, he found himself focusing on his studies so he could attend his dream University.

Eric ended up attending Pembroke College, Cambridge, where he was invited to join the Footlights club. It wasn’t long before he became Footlight President and met the future Monty Pythons, John Cleese, and Graham Chapman.

His first big break was with a children’s comedy series called “Do Not Adjust Your Set”. Shortly after, he appeared as a guest on “At Last the 1948 Show” and performed alongside the soon-to-be Monty Pythons.

Eric started writing the first bit of Monty Python by himself and it was an incredible hit during the early 1970s. After the huge success, all the members of Monty Python separated to focus on their solo careers.

He then dived into creating his radio show called Radio Five. The Rustles were created by Eric as a parody of the Beatles. This was a huge success and led to Eric appearing on Saturday Night Live four times.

The Rustles had an idea to create a mockumentary film called “All You Need is Cash”, which was a collaboration between Saturday Night Live and the Python members. Eric started appearing in films like “Nuns on the Run” and “Casper. He also started writing and directing his own films, such as “Splitting Heirs”.

In 2004, Idle wrote and directed “Spamalot”, which was only released after being approved by his Python team. This was a mixture of the Holy Grail and the Monty Python film. He has appeared in a play called “What About Dick?” which was performed twice in Hollywood in 2007.

Eric attended the 2012 Summer Olympics where he performed “Always Look on the Bright Side of Life”. He then created and directed the live Monty Python show, which was a hit with Python fans around the world.

Recently, Eric has done a lot of voice work for various animations and narrated an audiobook for “Charlie and the Chocolate Factory”, written by Roald Dahl. He has also been working on covers for Paul McCartney and The Beatles.

Right from the beginning of his career, Eric has known exactly what audiences would find funny.

With his collaboration with John Cleese, Graham Chapman, Michael Palin, and Connie Booth, Monty Python became one of the iconic shows in British comedy history.

Now that Eric is retired, his income includes royalties from his books and ongoing fees from the Monty Python brand.

After Monty Python took off in the 1970s, Eric was able to increase his salary demands at the BBC. This led him and his fellow Monty Python actors to become very wealthy.

Here’s a breakdown of Eric Idle’s annual net worth:

Eric’s fortune will continue to grow as he has a huge following from his days as a member of the Monty Python group.

Eric married actress Lyn Ashley in 1969. The two had a son whom they named Carey, but the couple divorced in 1975.

In 1977, Eric met model, Tania Kosevich, and the two got married in 1981. They had a daughter, Lily, whom they kept out of the limelight and media circus.

Eric’s official website has more information about his life and what he’s getting up to now.

Eric has been a master of the writing craft for many decades and is well-known for his comedic bent.

After the runaway success of Monty Python, Eric was able to kick his career into high gear and produce award-winning theatre and musical productions.

Here are some of the more memorable moments from Eric Idle’s career:

Eric is certainly no stranger to controversy, but he’s weathered the storms and produced amazing work that will be enjoyed by audiences for years to come.

How Does Eric Idle Spend His Money?

Eric is a believer in property investment and his real estate holdings are impressive, purchasing a home in America for just over $1 million in Los Angeles.

While he loves cars, his garage isn’t filled with the most expensive cars in the world, but rather plain old runabouts.

Eric’s career has been filled with awards and he has transitioned from acting to writing and singing and then back to acting on the big screen.

He is acknowledged by his fellow stars an incredibly talented yet humble person.

Here are some of the best highlights of Eric Idle’s career:

Eric was well-known for his ability to write scripts that were a play on words, with anagrams and other  literary devices used for comic relief in some of his most cutting social commentary.

He especially abhorred some of the television announcers of the day and went out of his way to make fun of them.

Eric’s life had not been easy, especially as he had to endure bullying as a child. However, he managed to rise above his problems and turn his life into a mammoth success.

Here are our favorite quotes from Eric Idle:

Eric’s life is filled with ups and downs, which causes him to take a unique approach to dealing with his problems.

Now that you know all about Eric Idle’s net worth, here are some of the best success lessons to learn from Eric Idle:

1. When The Going Gets Tough, Look At The Bright Side

No matter how hard it got, Eric has always remembered his analogy, which is “Always look on the brighter side of life”.

2. No Matter What You Choose, You Will Get To Where You Need To Be

At the end of the day, it is up to you how to pursue certain things. And if you choose wrong, it’s okay as long as you’re willing to climb back up, you’ll be fine.

No matter the troubles and hardships in Eric’s life, he always optimistically looked at life. This helped him cope with bad times and keep moving forward toward his goals.

Monty Python fans will agree that Eric Idle is a legend among television stars. He created a film and a series that pushed its luck with naughty jokes and commentary.

Except for doing covers and some voice work for animations, Eric hasn’t appeared live as much as he used to. But he still makes his presence felt with reruns of his famous comedy films.

He currently resides in a luxurious home spending time with his family in Los Angeles, California.

What do you think about Eric Idle’s net worth? Leave a comment below.