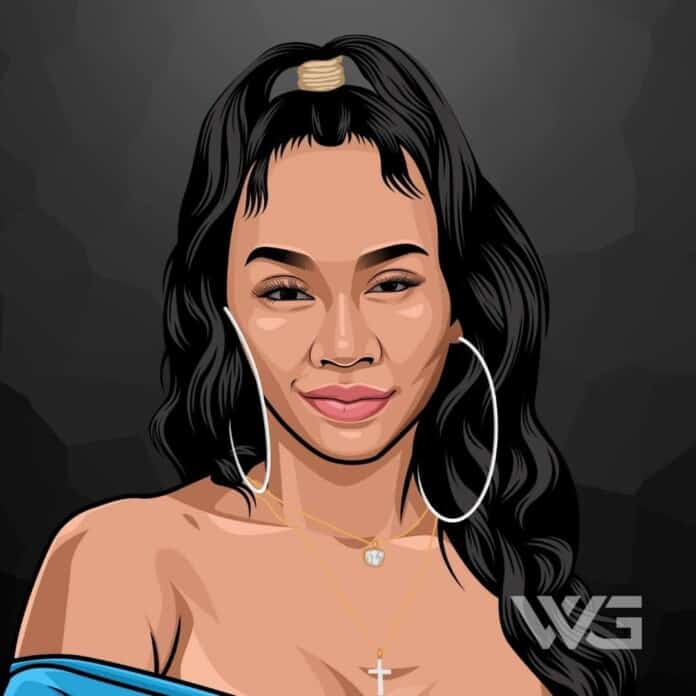 What is Saweetie’s net worth?

Saweetie is an American rapper and songwriter.

After the release of her debut single ‘Icy Grl’ she was signed to Warner Records and her manager Max Gousse’s record label Artistry Worldwide. In 2018, she released her debut extended play ‘High Maintenance.’ Her second EP, ‘Icy’ was released in 2019.

Diamonté Quiava Valentin Harper was born on the 2nd of July, 1993, in Hayward, California. She grew up in the Central Valley, attending Merrill F. West High School in Tracy and graduating from Monterey Trail High School in Elk Grove.

She began writing music when she was 13 years old. After high school, she attended San Diego State University, where she studied communications and business. She then transferred to the University of Southern California, where she completed her degree and received a Bachelor of Arts in communications.

Saweetie had no idea that her songs would be so popular that she would become a celebrity. Her rap video on the beats of Khia’s classic ‘My Neck, My Back (Lick It)’ became viral on social media. She became an overnight internet sensation.

The same year, her celebrity status landed her an advertisement for Rihanna‘s cosmetic brand ‘Fenty Beauty’. She was then signed by ‘Warner Bros. Records’.

Her cousin, Zaytoven, was a record producer. She later produced several tracks for Saweetie’s first major EP ‘High Maintenance. Some of the songs of this album were produced by Hassan, Cash Money AP, and by Saweetie herself.

While working on her debut EP, she mentioned in an interview that she wanted people to know her because of her talent and that she had been working on original content. Saweetie made a cameo appearance in the song IDGAF’ (remix) by Dua Lipa.

How Does Saweetie Spend Her Money?

Saweetie spends her money on jewelry, shoes, and cars.

Saweetie has an incredible collection of expensive jewelry. Some of her pieces include diamond grills, an “icy” chain, diamond rings. When she does her nails, she likes to put crystals on them.

When it comes to Saweetie’s shoe collection, she owns plenty of sneakers. In her collection, we can see shoes such as Vans, Christian Louboutin, and Air Jordans.

Here are some of the best highlights of Saweetie’s career:

“What I really love about the Bay area sound is that it’s very unique, and that’s something I want to strive for, as an artist. It’s easy to get caught up in what’s trending, but Bay area rap stays true to the local sound.” – Saweetie

“We all want to be identified as someone cool, and I have struggled with repping where I’m from and my heritage before. It’s part of growing pains. But when people see me being proud of what I am – and they are what I am too – it makes them proud. That’s why I try to represent my Asian and my black side.” – Saweetie

“I was working three jobs and going to school full time. I was really unhappy, and I told myself, You are not this girl. This sounds corny, but I would tell myself, You are an Icy Girl. I’m a confident person, but that was the first time I experienced insecurity and low self-esteem.” – Saweetie

“And I get so nervous now when it’s not my show, like I’m not the headliner, because I know that those fans are there for another artist. Many people might not know an upcoming artist, but I’ve grown to like those shows because if I can control a crowd that doesn’t know me, I’m doing my job as an entertainer. I have to rise to the occasion.” – Saweetie

Now that you know all about Saweetie’s net worth and how she achieved success; let’s take a look at some of the lessons we can learn from her:

You have to be unapologetically yourself. Once Saweetie was able to be proud of herself, it came across in her music really clearly.

It’s important for women to have each other’s backs.

Content is what’s super important, and people want to see you performing your records. That has a stronger impact.

How much is Saweetie worth?

Saweetie’s net worth is estimated to be $4 Million.

How old is Saweetie?

How tall is Saweetie?

Saweetie is an American rapper and songwriter who is best known for her song ‘Icy Grl’. In her younger years, she developed a keen interest in music. She started writing music when she was 14 years old.

She began posting rap videos in 2016, and her fan base grew after one of her videos became viral. Following the success of her videos, she released a freestyle rap album in 2018.

What do you think about Saweetie’s net worth? Leave a comment below.

Nate Diaz is one of the biggest success stories in mixed martial arts, becoming a millionaire with Ultimate Fighting Championship after winning the promotion's reality competition series.