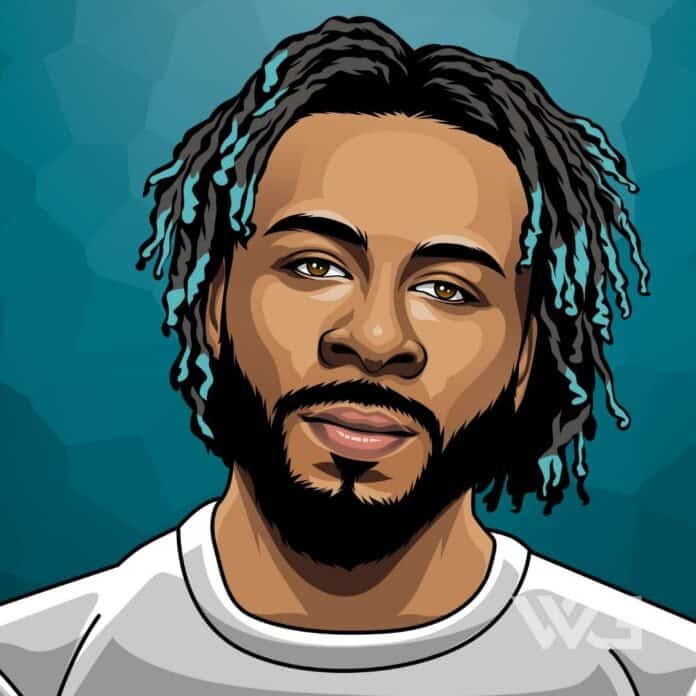 Sage The Gemini Net Worth

What is Sage The Gemini’s net worth?

As of February 2023, Sage the Gemini’s net worth is roughly $4 Million.

Sage the Gemini is an American rapper, singer, songwriter, record producer, and member of The HBK Gang. His biggest recognition comes from his single, “Gas Pedal”, which peaked at #29 on the Billboard Hot 100.

Sage the Gemini was born Dominic Wynn Woods, on the 20th June, 1992, in Fairfield, California. He started recording music at the age of 11, and his first complete track was produced when he was 14.

His stage name comes from the color of his eyes, and his zodiac sign combined.

Sage released his first single in 2008 on MySpace, titled “You Should Know”. The song went viral, and reached over three million views worldwide. Not bad for a very first upload!

He then joined Black Money Music Group. Sage was close friends with rapper Iamsu!, and so he also went on to join The HBK Gang.

Sage released “Red Nose” and “Gas Pedal” in 2013 as singles, and once again, they went viral. The singles became sensationally popular and gained a lot of air-time. The success of the singles caused Republic Records to approach Sage, and sign a deal with him in August 2013.

As of February 2023, Sage the Gemini’s net worth is estimated at $4 Million.

Here are some of the best highlights of Sage The Gemini’s career:

Favorite Quotes from Sage The Gemini

“I told her time to go to work. Clock in go on open up. I’m a locksmith west side, tell them other people stop it I’m fly. And that’s why she headed to the cockpit.” – Sage the Gemini

“I can be ya lifesaver, treat me like a jawbreaker. You got 31 flavors, baby, you can get this now and later, now and later.” – Sage the Gemini

I’ll grab your problems by the neck like I’m John Cena. You got a past, I ain’t get to go to prom, either. So don’t make it hard to believe that I ain’t need ya.” – Sage the Gemini

“My manager, the label, everybody came together and put their amazing minds together and came up with [the idea to get a special filter]. When they first told me I was like “What! That sounds impossible!” – Sage the Gemini

“31 flavors don’t have to just necessarily mean ice cream. It could be Now and Laters. The different flavors of gummy Lifesavers. Hard Lifesavers. Whatever. And then for the grownups, it could be Latinas, Puerto Ricans. Whatever.” – Sage the Gemini

“I sound more controlled. I sound like I actually know what I’m doing this time. Because the first time I didn’t really have that much time to do my album. I feel like now I have a stronger team and I feel like we have a better bond. We feed off of each other.” – Sage the Gemini

How much is Sage The Gemini worth?

Sage The Gemini’s net worth is estimated to be $4 Million.

How old is Sage The Gemini?

How tall is Sage The Gemini?

Sage is an American rapper/singer with songs reaching the Billboard Hot 100 charts. As of February 2023, Sage the Gemini’s net worth is estimated to be $4 Million.

What do you think about Sage The Gemini’s net worth? Leave a comment below.