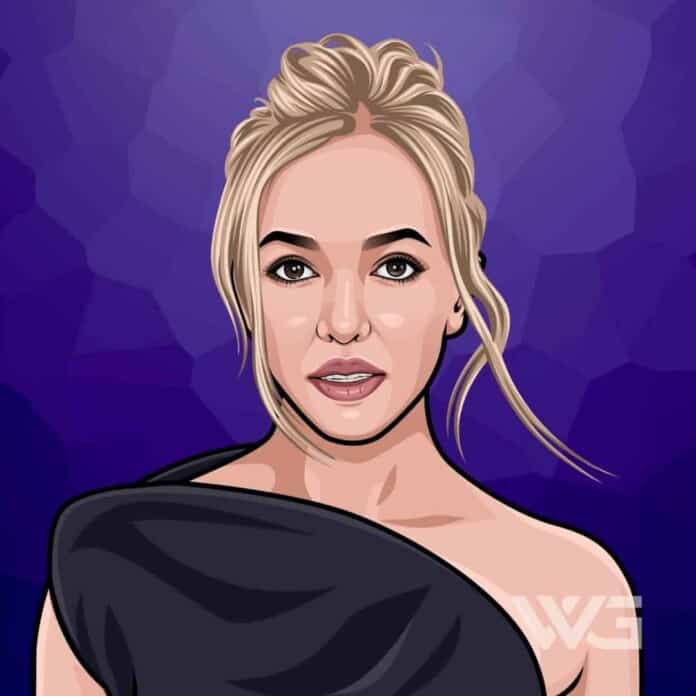 What is Jade Thirlwall’s net worth?

Jade Thirlwall is an English singer and songwriter.

Thirlwall is a member of the British girl group Little Mix. The group was formed on the eighth series of ‘The X Factor’ in 2011. They became the first group to win the competition.

They have sold over 50 million albums and singles worldwide, making them one of the best-selling girl groups.

As of February 2023, Jade Thirlwall’s net worth is estimated to be $8 Million.

Jade Amelia Thirlwall was born on the 26th of December, 1992, in South Shields.

Thirlwall is the daughter of Norma Badwi and James Thirlwall. She is Egyptian and Yemeni from her mother’s side and English from her father’s side.

In 2008, she auditioned for ‘The X Factor’ but was later eliminated. She attended performing arts college South Tyneside where she studied a range of courses. Growing up, Thirlwall experienced racism and bullying, which later contributed to her suffering from anorexia for five years before beginning her recovery.

In 2008, Thirlwall first auditioned on ‘The X Factor.’

In 2011, she returned performing the song ‘I Want to Hold Your Hand’ by The Beatles. Thirlwall and Leigh-Anne Pinnock were to be put in a group named “Orion” and Perrie Edwards and Jesy Nelson were in another group called “Faux Pas.”

The four later formed into the four-piece group Rhythmix. It was announced that the group’s new name would be Little Mix. The same year, Little Mix was announced as the winners and became the first group to win the program. The following year,

Thirlwall has released six albums with the group ‘DNA,’ ‘Salute,’ ‘Get Weird,’ ‘Glory Days,’ ‘LM5’, and ‘Confetti.’ Thirlwall was the guest judge on the ‘Girl Group Battle Royale’ episode in RuPaul’s Drag Race in 2019.

In November 2019, she opened her own cocktail bar, Red Door, which later was changed to Arbeia. The following year, her new nightclub, Industry, launched next door to Arbeia.

In 2020, it was announced that she would be hosting an MTV web series, ‘Served!’. The same year, she won the Equality Award at the Ethnicity Awards 2020 along with band member Leigh-Anne Pinnock, which they were recognized for their work towards racial equality in the UK.

This year, Thirlwall would appear as a contestant on the fourth series of ‘The Great Stand Up to Cancer Bake Off.’

As of February 2023, Jade Thirlwall’s net worth is estimated to be roughly $8 Million.

How Does Jade Thirlwall Spend Her Money?

Jade Thirlwall spends her money on her home in London and on other purchases such as buying a new mini cooper for her mother.

Thirlwall owns a beautiful apartment in London. She has access to fresh air by way of a balcony with sweeping views of London.

Thirlwall has surprised her mother with an expensive mini cooper car.

Here are some of the best highlights of Jade Thirlwall’s career:

“I spent so much of my time when I was growing up just worrying about what people thought of me, about my appearance, how I should act in school, how to… be popular and all that rubbish. Stop worrying about everything. Everything’s going to be okay.” – Jade Thirlwall

“Every day is different in the world of Little Mix. Usually, I guess, we get us, and we rehearse, or we do some promo for a radio station. It changes every day, which is quite good, because I don’t like having a normal job.” – Jade Thirlwall

“I find it really funny that men can always get away with being a ladies man. Everyone thinks it’s really cool. But a girl can’t really date boys all the time because everybody looks down on her. Boys get away with things so much easier.” – Jade Thirlwall

“I think my strength is that I like doing creative, artsy things. I am a bit of a perfectionist, but that can also be my downfall. If something’s not going to plan in the kitchen, I get a little flustered quite quickly, and I can spend ages on something really minuscule.” – Jade Thirlwall

Now that you know all about Jade Thirlwall’s net worth and how she achieved success; let’s take a look at some of the lessons we can learn from her:

Anorexia is a self-destructive thing, and you become stubborn, so when people are trying to tell you something, you get it into your head that they’re against you, and you’re not going to listen.

3. Things Are Not Always As It Seems

Things are not as it seems all the time. Music videos are not as glamorous as they seem. They are very tiring.

How much is Jade Thirlwall worth?

Jade Thirlwall’s net worth is estimated to be $8 Million.

How old is Jade Thirlwall?

How tall is Jade Thirlwall?

Jade Thirlwall is an English singer, songwriter, and activist who is best known for being a member of the British girl group Little Mix. The group has sold more than 50 million albums and singles.

Thirlwall has written songs for Little mix as well as Britney Spears and Iggy Azalea. In 2020, she won an Ethnicity Award Equality Award.

As of February 2023, Jade Thirlwall’s net worth is estimated to be roughly $8 Million.

What do you think about Jade Thirlwall’s net worth? Leave a comment below.