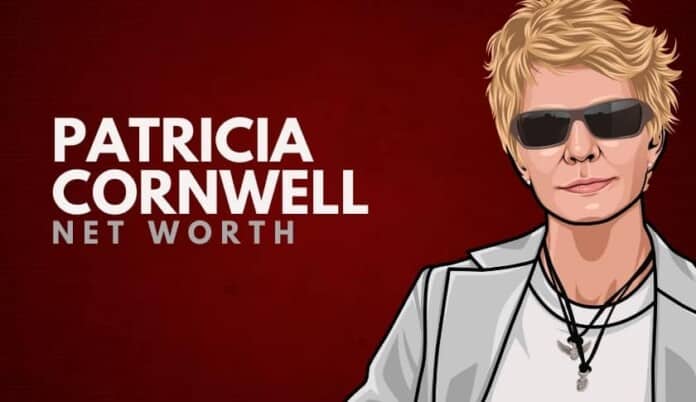 What is Patricia Cornwell’s net worth?

Cornwell is best known for her best-selling novels featuring medical examiner Kay Scarpetta, of which the first was inspired by a series of sensational murders in Richmond, Virginia, where most of the stories are set.

She has also initiated new research into the Jack the Ripper killings. Her books have sold more than 100 million copies.

Patricia Carroll Cornwell was born on the 9th of June, 1956, in Miami, Florida.

Her father was one of the leading lawyers in the United States and served as a law clerk to Supreme Court Justice Hugo Black.

Cornwell traced her own motivations in life to the emotional abuse she suffered from her father.

In 1979, she began working as a reporter for The Charlotte Observer, initially editing TV listings, then moving to features, and finally becoming a reporter covering crime.

In 1984, Cornwell took a job at the Office of the Cheif Medical Examiner of Virginia. She worked there for six years, first as a technical writer and then as a computer analyst.

Cornwell also volunteered to work with the Richmond Police Department.

She is known for her self-financed search for evidence to support her theory that painter Walter Sickert was Jack the Ripper.

She wrote ‘Portrait of a Killer – Jack the Ripper: Case Closed,’ which was published in 2002.

Cornwell had her troubles with the law, starting with crashing her Mercedes-Benz while under the influence of alcohol in 1993.

She was convicted of drunk driving and sentenced to 28 days in a treatment center.

She has suffered from anorexia nervosa and depression, which began in her late teens. Cornwell has also been open about her struggle with bipolar disorder.

How Does Patricia Cornwell Spend Her Money?

Patricia Cornwell spends some of her money on real estate and charity work.

Cornwell purchased a home in Boston for $6.5 million.

It comes with four bedrooms and four and a half bathrooms.

The complex, built on a couple of finger piers that stretch out into beauteous Boston Harbor not so far from where the Celtics bounce basketballs and the Bruins push pucks, offers residents 5-star hotel services.

Cornwell has made many notable charitable donations.

Some of these include funding the Virginia Institute for Forensic Science and Medicine, funding scholarships to the University of Tennessee’s National Forensics Academy, and Davidson College’s Creative Writing Program.

Here are some of the best highlights of Patricia Cornwell’s career:

“When I was at college, there were two things I vowed I’d never do. One was going to a funeral and the other was deal with computers. And then I ended up being a computer programmer in a morgue.” – Patricia Cornwell

“I hate the term “mystery.” That’s not what I write. I think the Scarpetta novels are much more character-driven than an average puzzle solver. Writing should be like a pane of glass – there’s another world on the other side, and your vision carries you there, but you’re not aware of having passed through a barrier to get there.” – Patricia Cornwell

“America is the most violent democracy in the world. It’s something that’s met with great shock, horror, and mystery when I travel to other countries. They ask, Why are there so many shootings in America? Why does everyone own a gun?” – Patricia Cornwell

“When I was in second grade, my mother moved from Miami to this evangelical conservative environment in western North Carolina, two miles down the road from Billy Graham and his wife, Ruth.” – Patricia Cornwell

“On the last morning of Virginia’s bloodiest year since the Civil War, I built a fire and sat facing a window of darkness where at sunrise I knew I would find the sea.” – Patricia Cornwell

Now that you know all about Patricia Cornwell’s net worth and how she achieved success; let’s take a look at some of the lessons we can learn from her:

If everybody, every day, would try to do one thing that pulls them beyond themselves, the world will start being a better place.

Do no harm & leave the world a better place than you found it.

How much is Patricia Cornwell worth?

Patricia Cornwell’s net worth is estimated to be $25 Million.

How old is Patricia Cornwell?

How tall is Patricia Cornwell?

Patricia Cornwell is an American crime writer who was born in Miami, Florida.

Her books have sold more than 100 million copies. After earning a B.A. in English, she started to work as a reporter for The Charlotte Observer.

What do you think about Patricia Cornwell’s net worth? Leave a comment below.