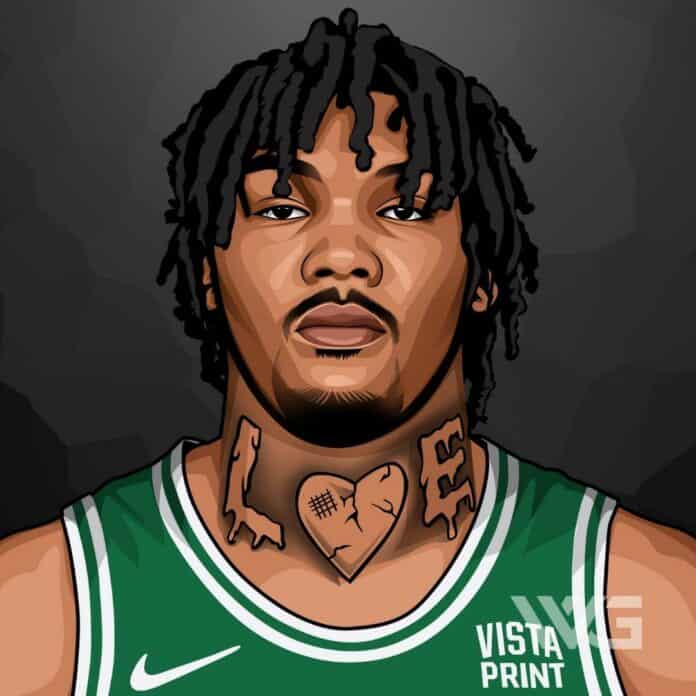 What is Robert Williams III’s Net Worth?

Robert Williams III is an American professional basketball player who is currently a center for the NBA’s Boston Celtics.

Williams III was the 27th overall selection in the 2018 NBA Draft after spending his college career with Texas A&M.

As of January 2023, Robert Williams III’s net worth is estimated to be $11 Million.

Williams III was considered one of the top 50 players of his high school class nationwide and was designated as a consensus four-star recruit.

He was considered the top high school player in Louisiana and was offered several scholarship offers to play college basketball, ultimately choosing to play at Texas A&M University.

Williams III spent two seasons in college where he was one of the best players in the Southeastern Conference and decided to forgo his final two seasons of eligibility to declare for the NBA Draft.

Robert Williams III was selected much later than many expected as he had to wait until the 27th overall pick in the 2018 NBA Draft when the Boston Celtics called his name.

He was taken in the same draft the produced Trae Young, Luka Doncic, and several other eventual NBA superstars.

Williams III didn’t receive much playing time during his first two seasons, instead spending much of those years with the Maine Red Claws in the NBA G League.

By his third year, Williams III began to receive more playing time with the Celtics and was in the starting lineup and was a full-time starter in his fourth year before a knee injury delayed the start of his fifth season.

Due to being a first round draft pick, the National Basketball Association predetermined Williams’ rookie contract that started him out at $1.6 million in his first year.

Williams’ salary continued to increase over the first few seasons, reaching a peak of $3.6 million during his rookie contract before signing an extension that kicked in for the 2022-23 season.

On the Celtics roster, Williams III is the seventh-highest-paid player behind Jaylen Brown, Malcolm Brogdon and others.

The deal that Williams III signed with the Boston Celtics was a four-year contract worth $48 million, all of which is guaranteed money and runs through the 2025-26 season.

As a result of the contract, Williams III has established a fine net worth for himself that has elevated from just around $4 million before the extension to an estimated $11 million.

Some of his teammates know him as the “Time Lord” thanks to Williams III being late for interviews and practices, though it’s a term of endearment for the Celtics.

Williams III is not married, but does have two children from a previous relationship named Hendrix and Ava Williams.

Through each game, Williams III fights against a condition known as popliteal artery entrapment syndrome that could one day require surgery.

Robert Williams III was a highly decorated player while in high school, and that translated into his college basketball career at Texas A&M.

Williams is already one of the best defensive players in the NBA and continues to add to his impressive resume as a result.

He has already shared the same honors as players like Jrue Holiday and Draymond Green thanks to his 2022 All-Defensive Team selection.

In Robert Williams’ young career, here are the top awards and achievements:

Williams III has received individual accolades at every level, and is hoping that he becomes an NBA All Star by the time it’s all said and done.

The “Time Lord” should be a staple of the NBA All-Defensive Team over the next several seasons as he attempts to make the First-Team soon.

How Does Robert Williams Spend His Money?

While his contract extension hasn’t put him among the richest NBA players in the world, Williams III is still doing fine for himself.

Williams III has passed up on buying one of the most expensive houses in the world in lieu of living near the Celtics practice facility in an apartment.

There isn’t expensive taste in fashion for Williams III, who tends to be most comfortable wearing a white t-shirt and joggers and doesn’t have much jewelry.

Williams III has been quite thrifty so far in his career, focusing on building a net worth to pass down to his children in the future.

So far, Robert Williams’ career has been one highlight after another dating back to his high school days.

Williams III has gotten a taste of making it into the postseason, including his time at Texas A&M and with the Celtics.

Here are the top highlights of Robert Williams’ career:

Williams III has plenty of time to add to his list of career highlights, including being named to his first NBA All-Star Game.

More than anything, Williams III wants to use his defensive skills to help the Celtics win their 18th NBA Championship.

Robert Williams III has drawn a lot of attention during his career for being incredibly personable and a great teammate, even if he’s late.

Williams III is always good for a quote whether he’s talking about being a basketball player, life away from the court, and anything in between.

Here are our favorite quotes from Robert Williams:

Robert Williams III is one of the best young defensive players in the league, and not many people saw it coming when it was in college.

Williams III was a late draft pick, but has been able to find his footing with the Boston Celtics and will remain with the team for years to come.

So far, Williams III has had the opportunity to share the court with Jayson Tatum, Al Horford, and other great Celtics teammates.

Now that you know all about Robert Williams’ net worth, there is plenty to learn from the former first-round pick.

Here are some of the best success lessons to learn from Robert Williams:

While playing in the NBA is a career that pays millions of dollars and requires a lot of dedication, it’s important to remember your family.

Williams III knows this as a parent and says that his daughter watches every game and knows what his job is on the court.

He has a son, as well, and being able to balance work and being a parent was difficult, but has been the most rewarding part of Williams’ life.

2. You Can Overcome Adversity

Robert Williams III hadn’t yet played a game in the NBA when he found out that he had a career-threatening condition that he’s had to overcome.

Williams III fought his way through the NBA G League, too, showing that he’s one of the most tenacious players and it’s translated to his on-court performance.

3. Appreciate What You Have

Robert Williams III has had a laser focus on his career, but also knows that he has to live in the moment and appreciates all he’s gotten.

He’s been quoted as saying that he’s living the dream, but that doesn’t mean that he’s coasting on his accomplishments.

While knowing that he has a contract on the table, Williams III is working to get better and help his team while also carrying an attitude of someone that doesn’t feel too much pressure.

Robert Williams II had to grind through his first two seasons as a professional to prove that he belonged in the starting lineup and hasn’t looked back.

The Boston Celtics have rewarded his dedication to improving his game by handing him a large contract that will have him set for life.

Now with high expectations, Williams III figures to be one of the key pieces of the Celtics franchise for the foreseeable future.

As of January 2023, Robert Williams’ net worth is estimated to be $11 Million.

What do you think about Robert Williams’ net worth? Leave a comment below.

What is Joyner Lucas' net worth? Introduction As of ,...