Drake is up there as one of my favorite music artists;

But the thing that sways me more in Drake’s favor is the reason why he’s so successful, and that’s because of the motivation and passion he has for what he does.

I recently watched a video on YouTube that was basically a documentary on Drake before he’d reached the level of success he has now. It was at the point where he was starting to gain a little notice from some of his mix-tapes and acting that he was doing.

Even back then when that video was recorded, you could see how much passion Drake had for music. Not just recording it, but he had cases full of CD’s from his favorite artists, including special editions that he was very proud to own.

Drake’s net worth is estimated to be $170 million!

Here’s our collection of the best drake quotes & lyrics of all time:

1. “Everybody has an addiction, mine happens to be success.” – Drake

2. “I was born to make mistakes, not to fake perfection.” – Drake

3. “When writing the story of your life, don’t let anyone else hold the pen.” – Drake

4. “Patience is key for getting over a breakup. That, and trailing off your interaction after the breakup.” – Drake

5. “Haters will broadcast your failures, but whisper your success.” – Drake 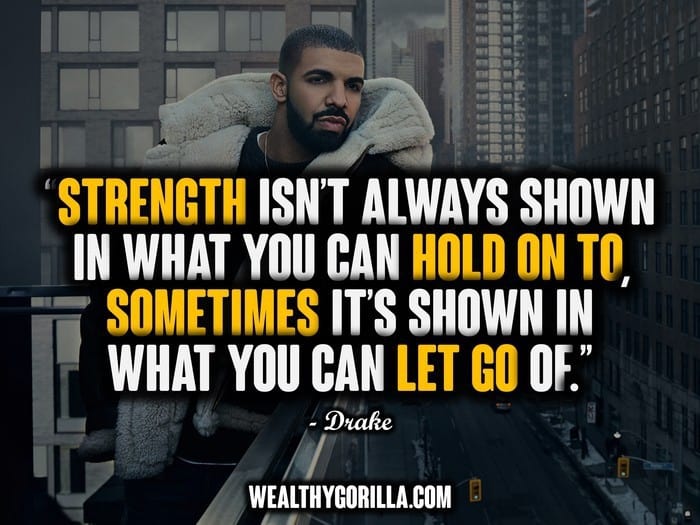 10. “It’s never too late to realize what you want in your life and it’s never wrong to fight for it.” – Drake 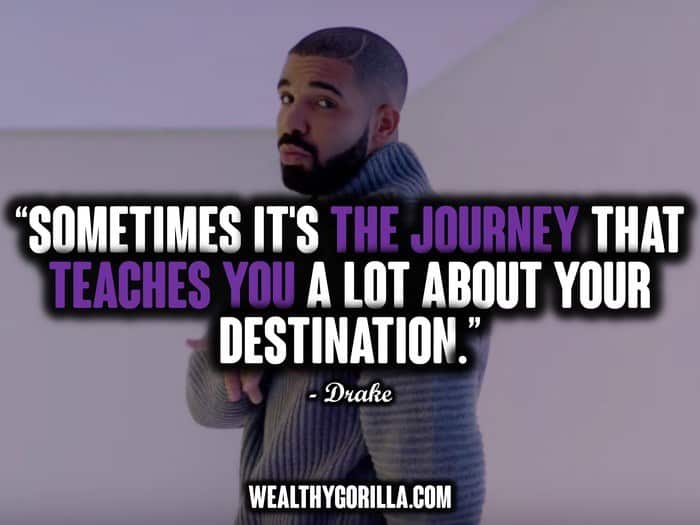 12. “Sometimes it’s the journey that teaches you a lot about your destination.” – Drake

13. “Always felt like my vision been bigger than the bigger picture.” – Drake

14. “I’m not confrontational, but if someone challenges, I’m not going to back down.” – Drake

17. “Life is just a game in which the cards are facing down. I’m in the world where things are taken, never given how long they choose to love you will never be your decision.” – Drake

18. “Everybody dies but not everybody lives.” – Drake 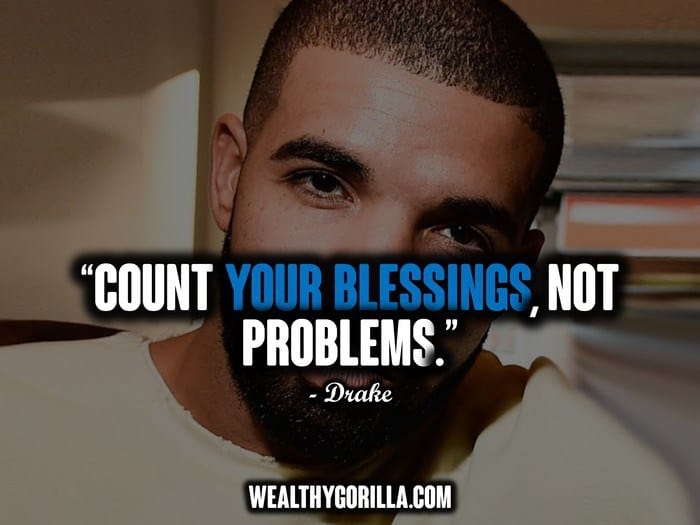 21. “Live without pretending, Love without depending, Listen without defending, Speak without offending.” – Drake

22. “All in all I learned a lesson from it though, you never see it coming you just get to see it go.” – Drake

23. “It’s funny when you coming in first but you hope that you’re last, you just hope that it last.” – Drake

25. “The girl that I want to save is like a danger to my health. Try being with somebody that want to be somebody else.” – Drake

26. “I’m more than just a number, I doubt you’ll find another. So every single summer, I’ll be the one that you remember.” – Drake

27. “People like to build their own story about my life. I don’t know if it makes them feel better, or if it makes it okay for them not to like me. But the last thing I grew up as was rich.” – Drake

30. “I swear this life is like the sweetest thing I’ve ever known.” – Drake

Thanks for checking out the list of the best Drake quotes. Don’t forget to share them with any other Drake fans you know.

If you’re a big fan of these quotes from famous hip-hop artists, then you may want to check out the other articles we’ve published:

What’s your favorite Drake quote? Leave a comment below.