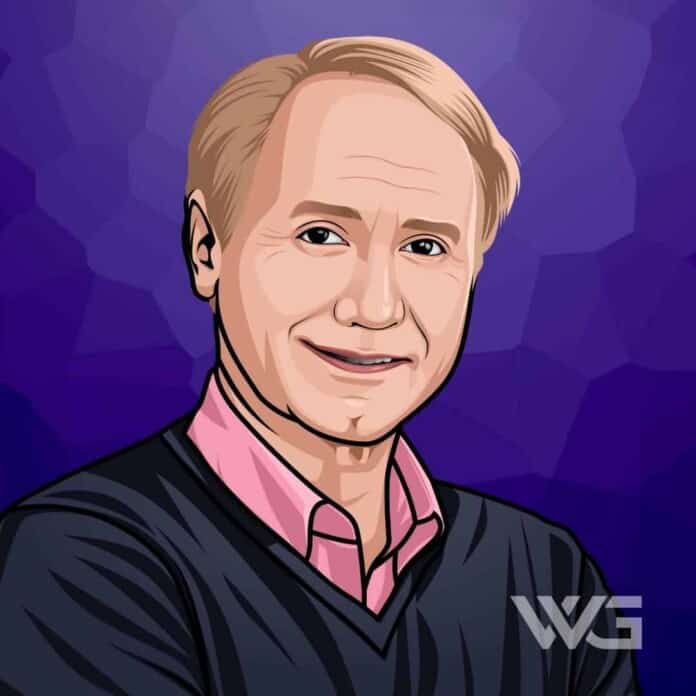 What is Dan Brown’s net worth?

Dan Brown is an American author.

Brown is best known for his thriller novels, including the Robert Langdon novels ‘The Da Vinci Code,’ ‘Angels & Demons,’ ‘The Lost Symbol,’ ‘Inferno,’ and ‘Origin.’

His books have been translated into 57 languages.

‘Angels & Demons,’ ‘The Da Vinci Code,’ and ‘Inferno’ have been adapted into films.

Daniel Gerhard Brown was born on the 22nd of June, 1964, in Exeter, New Hampshire.

Brown has a younger sister and a brother. He attended Exeter’s public schools until the ninth grade.

Brown grew up on the campus of Phillips Exeter Academy, where his father was a teacher of mathematics and wrote textbooks.

His mother trained as a church organist and student of sacred music.

After Brown graduated, he went to Amherst College to obtain a degree in English and Spanish.

In 1986, he graduated. He relocated to Los Angeles, where he took up the profession of teaching Spanish. He reached Beverly Hills Preparatory School.

In 1993, Brown decided to return to New Hampshire and get an English teaching job at Phillips Exeter Academy. Newlon accompanied him, and they married in 1997.

While he was on vacation in 1993, he read Sidney Sheldon’s novel ‘The Doomsday Conspiracy’ and was inspired to become a writer of thrillers.

Brown started to work on ‘Digital Fortress.’ He co-wrote a humor book with his wife, ‘187 Men to Avoid: A Survival Guide for the Romantically Frustrated Woman’.

In 1996, Brown quit teaching to became a full-time writer. In 1998, ‘Digital Fortress’ was published. He went on to write ‘Angeles and Demons’ and ‘Deception Point.’

In 2003 he rose to fame after he published his masterpiece ‘The Da Vinci Code.’

How Does Dan Brown Spend His Money?

Brown donated $2.2 million to the Phillips Exeter Academy to set up the “Richard G. Brown Technology Endowment” in honor of his father in 2004.

Here are some of the best highlights of Dan Brown’s career:

“Truth has power. And if we all gravitate toward similar ideas, maybe we do so because those ideas are true…written deep within us. And when we hear the truth, even if we don’t understand it, we feel that truth resonate within us…vibrating with our unconscious wisdom.” – Dan Brown

“History is always written by the winners. When two cultures clash, the loser is obliterated, and the winner writes the history books-books which glorify their own cause and disparage the conquered foe. As Napoleon once said, ‘What is history, but a fable agreed upon?” – Dan Brown

“Writing is a solitary existence. Making a movie is controlled chaos – thousands of moving parts and people. Every decision is a compromise. If you’re writing and you don’t like how your character looks or talks, you fix it.” – Dan Brown

“Angels and demons were identical-interchangeable archetypes–all a matter of polarity. The guardian angel who conquered your enemy in battle was perceived by your enemy as a demon destroyer.” – Dan Brown

“Throughout history, every period of enlightenment has been accompanied by darkness, pushing in opposition. Such are laws of nature and balance.” – Dan Brown

Now that you know all about Dan Brown’s net worth and how he achieved success; let’s take a look at some of the lessons we can learn from him:

The definition of faith – acceptance of that which we imagine to be true-we cannot prove.

Everything is possible. The impossible takes longer.

Everything is possible. The impossible takes longer.

How much is Dan Brown worth?

Dan Brown’s net worth is estimated to be $160 Million.

How old is Dan Brown?

How tall is Dan Brown?

Dan Brown is an American author best known for his best-selling novel ‘The Da Vinci Code.’ The novel has been adapted into two films that starred Tom Hanks.

Dan Brown has sold more than 250 million copies of his books worldwide.

What do you think about Dan Brown’s net worth? Leave a comment below.