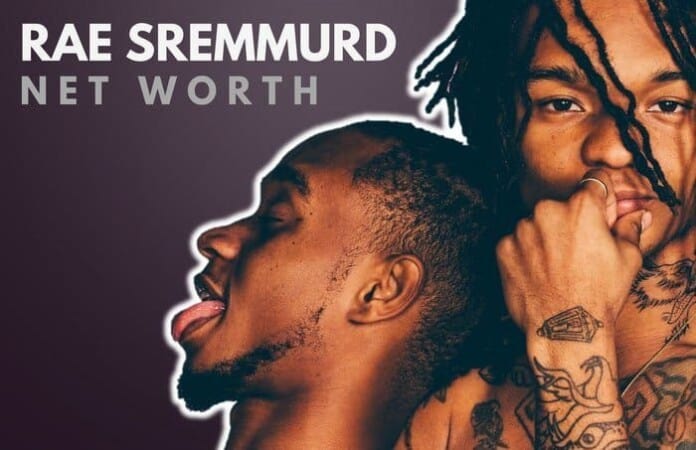 What is Rae Sremmurd’s net worth?

Rae Sremmurd is a hip-hop/rap duo made up of two brothers Slim Jxmmi and Swae Lee.

The two brothers have made a name for themselves in the music industry. The duo is especially famous for their debut album platinum certification from 2015 and their hit single ‘Black Beatles.’

Slim Jxmmi and Swae Lee otherwise known as Aaquil Iben Shamon Brown and Khalif Malik Ibn Shaman Brown are two brothers from Inglewood, California. Slim is the oldest of the two, and he was born on December 29, 1991, and Swae was born on June 7, 1995.

Sons of a woman named Bernadette Walker, an army officer, the two and their other brother were raised only by their mother because their father abandoned them at a young age.

Before moving up and into the real rap industry, the duo would perform their talent at parties and other venues within their hometown.

After a while, they decided to collaborate with a friend and create their first musical group ‘Dem Outta State Boyz.’ The group began by uploading videos of their performances onto youtube and other online platforms to gain recognition.

After being a part of the group, the two brothers moved to Atlanta and joined the record producer Mike WiLL Made It and signed a contract with his record label EarDrummers Entertainment under the infamous name of ‘Rae Sremmurd’ (Ear Drummers spelled backward).

The first two songs they produced with the label were unfortunately entirely unsuccessful, but the brothers did not lose hope.

Their single ‘No Flex Zone’ in 2014 sent them straight to the top. The track reached number 35 on US Billboard Hot 100 and was quickly followed by ‘No Type’ which made it to number 16.

After that, the brothers released ‘Sremmlife’ and ‘SremmLife 2’ through EarDrummers Entertainment and had another award-winning single ‘Black Beatles’ in 2015.

Here are some of the best highlights of Rae Sremmurd’s career:

“If you’re taking care of yourself, then what can somebody else tell you?” – Rae Sremmurd

“Imagine you’re doing your thing, and somebody comes up to you and just kills your mojo. Just tell them, ‘No flex zone!” – Rae Sremmurd

3 Rules for Success from Rae Sremmurd

Now you know all about Rae Sremmurd’s net worth, and how they became successful; let’s take a look at some of the lessons we can learn from them:

1. If you’re happy, then nothing else matters

Making other people like or accept your ideas or way of life is not your job. The only opinion that matters is your own and as long as you are satisfied with where you’re at then nothing else matters. Work to make yourself happy not those around you.

Having a positive outlook on life can often make everything better no matter what your circumstances may be. Being positive can help you appreciate the good things instead of focusing on the bad, and that is a step in the right direction.

No one is going to put you exactly where you want to be in life. You have to work to get there and push yourself to do bigger and better things to ultimately reach your goal.

Rae Sremmurd is a hugely successful singing duo that has only been in the industry for a few years and together they have already managed to earn approximately $8 million at such young ages.

There is no doubt that they will continue to grow and make more money as they further their careers in the music industry.

What do you think about Rae Sremmurd’s net worth? Leave a comment below.