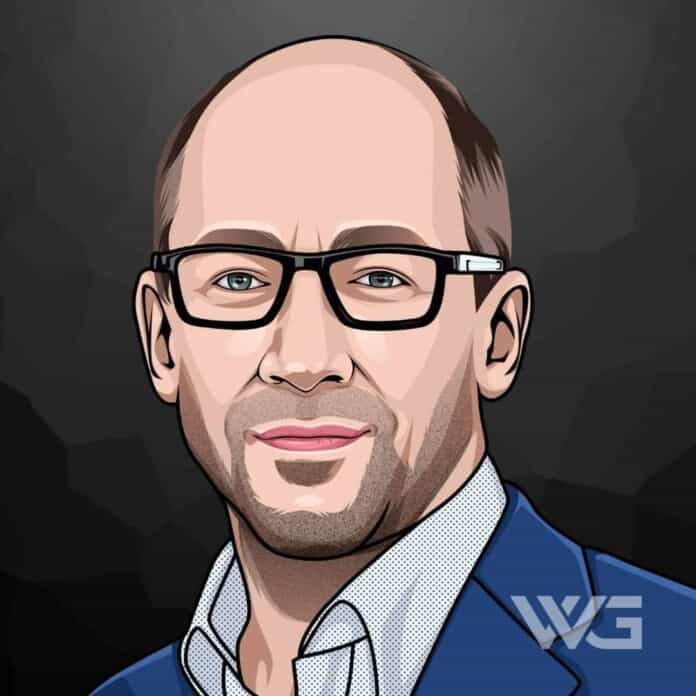 What is Dick Costolo’s net worth?

Dick Costolo is an American businessman. Costolo was the CEO of Twitter from 2010 to 2015. in 2015, he announced that he would step down as CEO and be replaced by Twitter’s co-founder Jack Dorsey.

The same year, The New York Times reported that Costolo would be leaving Twitter’s Board of Directors by the end of the year.

Dick Costolo was born on the 10th of September, 1963, in Michigan. Costolo earned a Bachelor of Science degree in computer and communication from the University of Michigan.

He became involved in theater during his senior year of college when he took theater classes to fulfill its graduation requirements.

After graduation, Costolo decided not to accept offers from technology companies. He moved to Chicago, and he was at Andersen Consulting for eight years. He co-founded Burning Door Networked Media, which is a web design and development consulting company. Costolo then co-founded SpyOnIt.

Costolo, alongside Eric Lunt, Steve Olechowski, and Matt Shobe founded the web feed management provider FeedBurner in 2004. He became an employee of the search giant.

In 2011, President Obama appointed Costolo to the National Security Telecommunications Advisory Committee. The following year, he was embroiled in the Stop Online Piracy Act.

Business Insider referred to Costolo as “one of Silicon Valley’s most impressive CEOs,” and Time magazine named him one of the 10 Most Influential U.S. Tech CEOs” in 2013. In 2016, he announced that he wanted to launch a fitness startup with Bryan Oki, the CEO of Fitify.

How Does Dick Costolo Spend His Money?

Dick Costolo is probably best known for being the CEO of Twitter between 2010 to 2015. His massive net worth is impressive, and he owns a beautiful home in Soho.

Costolo and his wife Lorin own a spacious Soho pad for $8 million from French fashion and furniture designer Alexandre de Betak.

Here are some of the best highlights of Dick Costolo’s career:

“Believe that if you make courageous choices and bet on yourself and put yourself out there, that you will have an impact, as a result of what you do. And you don’t need to know now what that would be or how will it happen because no one ever does.” – Dick Costolo

“The key is to just get on the bike, and the key to getting on the bike… is to stop thinking about ‘there are a bunch of reasons I might fall off’ and hop on and peddle the damned thing. You can pick up a map, a tire pump, and better footwear along the way.” – Dick Costolo

“The way you build trust with your people is by being forthright and clear with them from day one. You may think people are fooled when you tell them what they want to hear. They are not fooled.” – Dick Costolo

“When I was your age, we didn’t have the Internet in our pants. We didn’t even have the Internet, not in our pants. That’s how bad it was. I know I sound like my grandfather right now. We didn’t have teeth! There were no question marks; we just had words! What was I talking about? The Internet…Not only can you not plan the impact you’re going to have, you often won’t recognize it when you have it…” – Dick Costolo

“When you’re doing what you love to do, you become resilient. You create a habit of taking chances on yourself. If you do what’s expected of you, and things go poorly, you will look to external sources for what to do next because that will be your habit.” – Dick Costolo

Now that you know all about Dick Costolo’s net worth and how he achieved success; let’s take a look at some of the lessons we can learn from him:

Not only can you not plan the impact you’re going to have, you often won’t recognize it even while you have it.

As a leader, you need to deeply care about your people while not worrying or really even caring about what they think about you. Managing by trying to be liked is the path to ruin.

When you’re doing what you love to do, you become resilient. You create a habit of taking chances on yourself. If you do what’s expected of you, and things go poorly, you will look to external sources for what to do next because that will be your habit.

How much is Dick Costolo worth?

Dick Costolo’s net worth is estimated to be $300 Million.

How old is Dick Costolo?

How tall is Dick Costolo?

Dick Costolo is an American businessman who graduated from the University of Michigan with a computer and communication degree. He co-founded FeedBurner, which Google bought.

He went on to work for Google and then became the CEO of Twitter in 2010. Costolo has been named among very few and quoted in top magazines and articles on Tech.

Costolo is one of the most influential tech CEO’s of the current era. During his younger years, Costolo was more inclined towards improvisational comedy.

Throughout his childhood, he learned to program computer games. During his years at university, he joined as a “brother” in the social fraternity Phi Gamma Delta.

What do you think about Dick Costolo’s net worth? Leave a comment below.