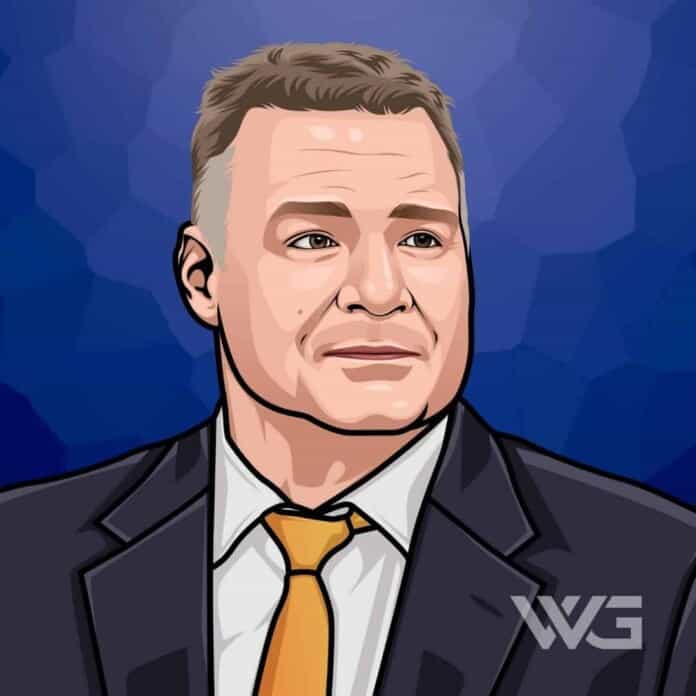 What is Eric Lindros’s net worth?

Lindros was born in London, Ontario. He played junior hockey in the Ontario Hockey League. He was chosen first overall in the 1991 NHL Entry Draft by the Quebec Nordiques.

Lindros refused to play for the Nordiques and was eventually traded to the Philadelphia Flyers in June 1992.

Eric Bryan Lindros was born on the 28th of February, 1973, in London, Ontario.

Lindros played junior hockey for the Oshawa Generals in the Ontario Hockey League.

Before Lindros’ time in the NHL, he won a Memorial Cup with his team, the Red Tilson Trophy for the most outstanding player, and won the CHL Player of the Year.

During his OHL career, he led the Generals to a Memorial Cup victory in 1990. The following year, he captured the Red Tilson Trophy as the Most Outstanding Player in the OHL and was named the CHL Player of the Year.

He began his NHL career with the Flyers during the 1992–93 season. He was an exemplary power forward and averaged more than a point per game.

In 2001, he joined the New York Rangers via a trade. He then signed with the Toronto Maple Leafs for the 2005–06 season before finishing his career in 2006–07 with the Dallas Stars.

How Does Eric Lindros Spend His Money?

Eric Lindros spends some of his money on real estate.

Here are some of the best highlights of Eric Lindros’ career:

“It’s always fun going back to Oshawa every once in a while, but I haven’t been out there in some time. I’ve got three young kids, so I’m not in that position where I can go do something like that. Everything starts at home for me at this stage in my career.” – Eric Lindros

“It’s impossible to compare to when I played because the rules aren’t the same. It was not a big deal to hold someone by the arm or stick to slow them down back then. That was the way it was, and it was all about barreling through and trying to get into the zone.” – Eric Lindros

“I think it’s just the spirit of Philadelphia. When you get into the Stanley Cup Playoffs and you begin that ride to a home game at Wells Fargo Center and get to the rink before the game, everyone is just great because the fans were heading to the rink way earlier than the game.” – Eric Lindros

“The only thing I think I might have changed in my game would be to tone down the physicality of it all by about 20 percent. I think maybe that would have enabled my body to respond a little bit differently and maybe longer.” – Eric Lindros

“I think it greatly outweighed the negative, especially the medical situations at the end. I’m excited to get started and be part of the new fold, the new chapter, and when it’s safe to see everybody at the rink, I want to be there as much as I can.” – Eric Lindros

“As time goes on, I had some excellent conversations with Paul Holmgren, hours of talking to Homer, things evolve, things change, you move on, you focus on the positive. There are lots to be thankful for.” – Eric Lindros

Now that you know all about Eric Lindros’ net worth and how he achieved success; let’s take a look at some of the lessons we can learn from him:

It’s not necessarily the amount of time you spend at practice that counts; it’s what you put into the practice.

You have to dream dreams to live dreams.

3. People on the Streets

People on the streets are ready for hockey.

How much is Eric Lindros worth?

Eric Lindros’ net worth is estimated to be $30 Million.

How old is Eric Lindros?

How tall is Eric Lindros?

Lindros was born in London, Ontario. He played junior hockey for the Oshawa Generals in the Ontario Hockey League. Before NHL, he won a Memorial Cup with his team, the Red Tilson Trophy for the most outstanding player, and won the CHL Player of the Year.

What do you think about Eric Lindros’ net worth? Leave a comment below.