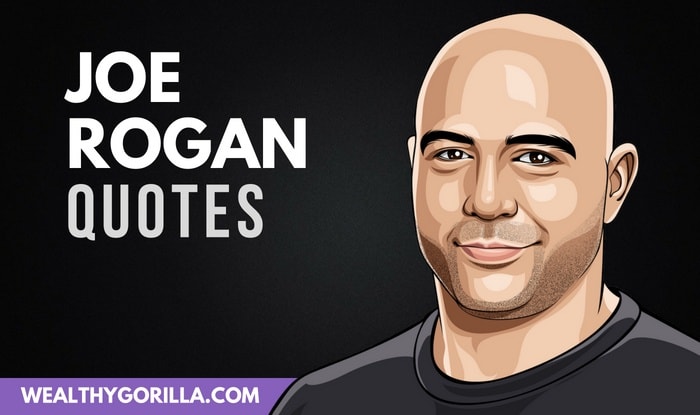 Joe Rogan is an American stand-up comedian, podcast host, and mixed martial arts commentator. I first discovered Rogan through his podcast, on which he interviews some legendary individuals, and has some unusually enlightening discussions.

However, Rogan began his career as a stand-up comedian, and it wasn’t until he was successful that he created the podcast, and began commentating for the UFC.

We’ve put together a collection of the best Joe Rogan quotes:

3. “I’m obsessed to extreme winners because I think there’s a madness to it. I truly believe that in order to truly be great at something you have to give into a certain amount of madness.” – Joe Rogan

4. “In all my travelings, all my life adventures; I have to say I still don’t know what life is, absolutely no clue, and it is a subject that is constantly on my mind. One thing I do know for a fact is that the nicer we are to our fellow human beings, the nicer the universe is to us.” – Joe Rogan

5. “Live your life like you’re the hero in your own movie.” – Joe Rogan

6. “People want their 15 minutes and are willing to do anything to get it.” – Joe Rogan

7. “That’s my only goal. Surround myself with funny people, and make sure everyone has a good time and works hard.” – Joe Rogan

9. “To really appreciate life you got to know you’re going to die.” – Joe Rogan

10. “No matter how civilized we are and how much society has curbed violent behavior. Human beings still have the same genes they had 10,000 years ago. Our bodies are designed to have a certain amount of physical stress and violence in them. We’re designed to run from jaguars and fight to defend our territory.” – Joe Rogan

11. “You’re sort of programmed a certain way because of your environment. That’s all you know. But we don’t have that anymore because of the internet. Because of the internet we’re all communicating with each other all across the board, so you’re getting information from people all around the world, hitting a much more diverse slice of culture.” – Joe Rogan

12. “Greatness and madness are next door neighbors and they often borrow each other’s sugar.” – Joe Rogan

14. “If you are the greatest, why would you go around talking about it?” – Joe Rogan

15. “Kindness is one of the best gifts you can bestow… We know that inherently that feels great.” – Joe Rogan

16. “Once you understand what excellence is all about… you see how excellence manifests itself in any discipline.” – Joe Rogan

17. “Reality really is a theatre. There’s no other way to describe it. It’s all so nonsensical, ridiculous and chaotic.” – Joe Rogan

18. “The key to happiness doesn’t lay in numbers in a bank account but in the way we make others feel and the way they make us feel.” – Joe Rogan

19. “There’s a direct correlation between positive energy and positive results in the physical form.” – Joe Rogan

20. “We define ourselves far too often by our past failures. That’s not you. You are this person right now. You’re the person who has learned from those failures. Build confidence and momentum with each good decision you make from here on out and choose to be inspired.” – Joe Rogan

21. “Faith itself is a horrible mechanism that stunts the growth of ideas. It also stunts the act of questioning, and it does this by pushing the idea that you have to have faith – and that nothing has to be proven.” – Joe Rogan

22. “I never in my wildest imagination dreamed that I would somehow become a sports commentator.” – Joe Rogan

23. “Haters are all failures. It’s 100% across the board. No one who is truly brilliant at anything is a hater.” – Joe Rogan

24. “I realized a long time ago that instead of being jealous you can be inspired and appreciative. It carries more energy to you. That can be an awesome and motivating force that can improve your life if you choose to be inspired and not jealous. One has no benefit whatsoever, the other is an incredible resource for creating momentum and improvement.” – Joe Rogan

26. “Life is about the pursuit of excellence. That pursuit is probably more exciting to me now more than ever.” – Joe Rogan

27. “One of the most fascinating lessons I’ve absorbed about life is that the struggle is good.” – Joe Rogan

28. “So instead of investing your time in a passion, you’ve sold your life to work for an uncaring machine that doesn’t understand you. That’s the problem with our society. And what’s the reward? Go home and get a big TV.” – Joe Rogan

29. “The quicker we all realize that we’ve been taught how to live life by the people that were operating on the momentum of an ignorant past the quicker we can move to a global ethic of community that doesn’t value invented borders or the monopolization of natural resources, but rather the goal of a happier more loving humanity.” – Joe Rogan

30. “There’s a never-ending ocean of techniques out there.” – Joe Rogan

31. “When someone comes along and expresses him or herself as freely as they think, people flock to it. They enjoy it.” – Joe Rogan

32. “We’re constantly re-evaluating the potential for life. We’re finding it where we didn’t think it could exist, such as volcanic vents and other extreme conditions like under arctic ice. We’re finding life in these incredibly harsh and dynamic conditions, so we’re having to re-evaluate our own ideas of what’s possible on this planet alone.” – Joe Rogan

33. “Although not considered a martial art, boxing is really a martial art. It’s a very limited martial art as long as you agree to just box… but in an actual physical fight against someone who’s just a wrestler, you’re going to get killed.” – Joe Rogan

34. “Here’s the craziest thing about life, this is the thing that nobody really considers; you know as much about what life is all about as anybody who’s ever lived, ever. That’s the craziest thing about us. We’re all just kinda wandering through this going “‘You know what you’re doing?’ ‘Yes.’ ‘Oh, I do too. I know what I’m doing.’ ‘Okay. Good, then.’” But really no one has a clue.” – Joe Rogan

35. “I think that one of the reasons why people look towards the end of humanity is that people are afraid to die alone. If you die alone, the people you love will miss you, or if they die, you miss them – the sorrow is inevitable. When you truly love someone, the thought of losing them forever is horrible.” – Joe Rogan

36. “If you ever start taking things too seriously, just remember that we are talking monkeys on an organic spaceship flying through the universe.” – Joe Rogan

37. “Life is strange. You keep moving and keep moving. Before you know it, you look back and thing, ‘What was that?’” – Joe Rogan

39. “Someone else’s success does not equal a failure for you.” – Joe Rogan

40. “The time you spend hating on someone robs you of your own time. You are literally hating on yourself and you don’t even realize it.” – Joe Rogan

41. “There’s only one way to get good at anything; you surround yourself with the bad motherfuckers who are doing exactly you do and you forced yourself to keep up and inspire each other.” – Joe Rogan

42. “Work for that feeling that you have accomplished something… Don’t waste your time on this earth without making a mark.” – Joe Rogan

43. “When you snatch little pieces of other people’s lives and try to palm them off as your own, that’s more disgusting than anything. Robin Williams is a huge thief. Denis Leary is a huge thief. His whole stand-up career is based on Bill Hicks, a brilliant guy who died years ago.” – Joe Rogan

44. “I really never had any ambitions to be a standup comic. I was talked into it by guys that I used to work out with.” – Joe Rogan

Thanks for viewing this collection of the best Joe Rogan quotes! Don’t forget to share them on social media with your friends and family.

Which are your favorite Joe Rogan quotes? Leave a comment below. 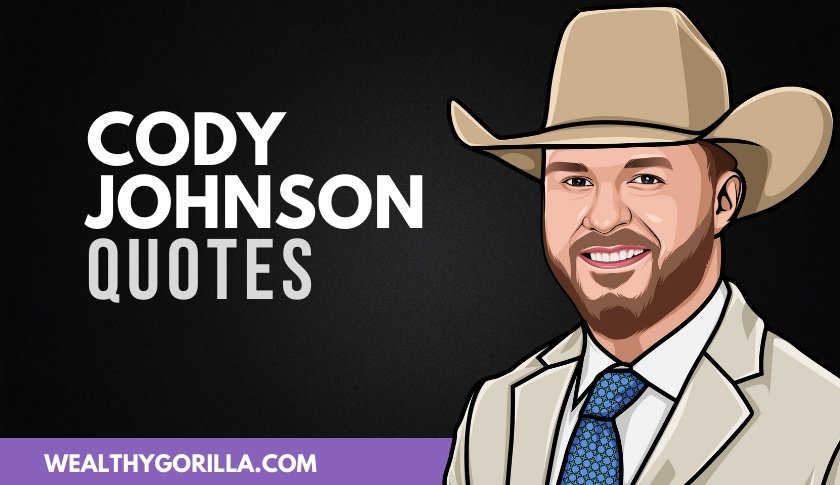 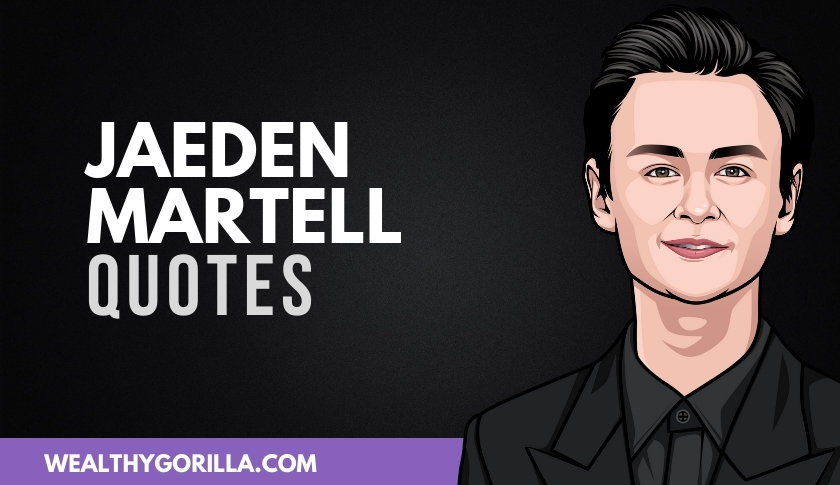 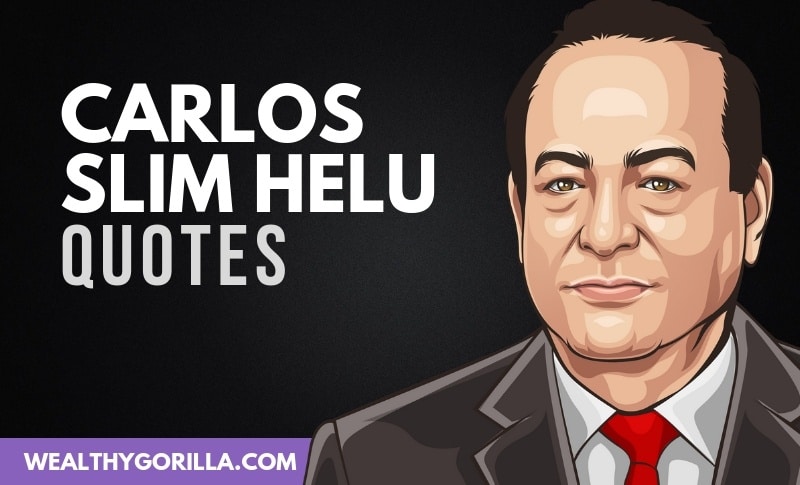