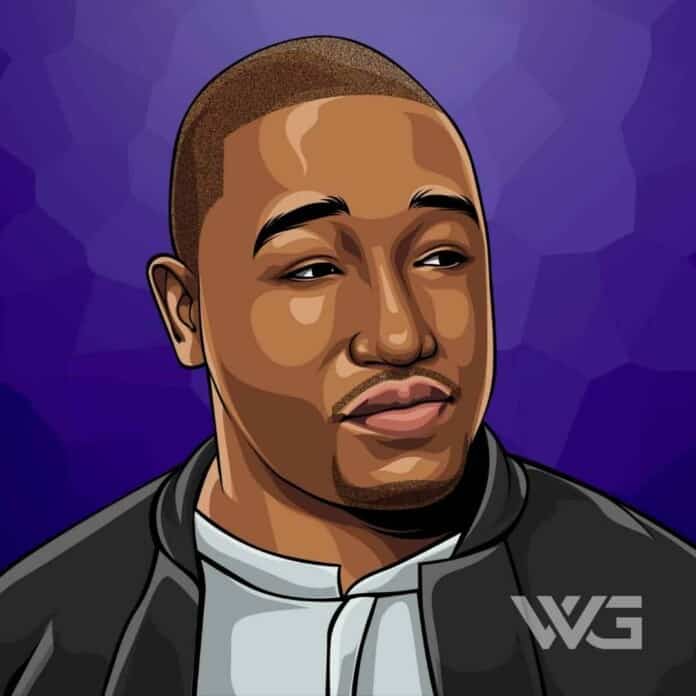 What is Hannibal Buress’ net worth?

Hannibal Buress is an American comedian, actor, writer, and producer from Chicago.

Buress began performing comedy in 2002 while attending Southern Illinois University. He has co-starred on Adult Swim’s The Eric Andre Show since 2012 and has featured on Comedy Central’s Broad City since 2014.

As of February 2023, Hannibal Buress’ net worth is approximately $5 Million.

Hannibal Buress was born on the 4th of February, 1983, in Chicago, Illinois. Buress is the son of Margaret and John Buress. He was raised in the Austin neighborhood of Chicago.

Buress was named after Carthaginian General Hannibal Barca and has told stories in his stand-up act about his name causing women to turn him down because of its association with fictional cannibal Hannibal Lecter.

Buress began his stand-up career at an open mic in 2002. He has been featured in The Awkward Comedy Show special on Comedy Central, and alongside comics Baron Vaughn, Eric André, Marina Franklin, and Victor Varnado, and on the FX sitcom Louie.

His first stand-up comedy album My Name is Hannibal was released in 2010. Buress was a writer on Saturday Night Live from 2009 to 2010.

Here are some of the best highlights of Hannibal Buress’ career:

“Whenever I eat at a restaurant I never put the napkin in my lap. People say, ‘Hannibal, why don’t you put the napkin in your lap?’ Because I believe in myself. I believe in my ability to not spill food in my pants ’cause I’m a goddamn adult. And I’ve mastered the art of getting food from my plate to my mouth without messing up my jeans. You need to believe in yourself, too and get your life together, that’s for babies. Have some confidence in your eating abilities and hand/eye coordination.” – Hannibal Buress

“I applied for a job at Starbucks. One of the questions was, ‘Why do you want to work at Starbucks?’ Uh, because my life is in shambles.” – Hannibal Buress

Now that you know all about Hannibal Buress’ net worth, and how he achieved success; let’s take a look at some of the life lessons we can learn from him:

“ ‘Man, I wish I was a fly on the wall in that room when those people were talking … ’ That saying is dumb. You wish you were a fly, why? So you could be annoying and not understand what’s going on at all?

’Cause that’s what flies do all day, when they’re trying not to get killed. They frantically avoid death and they don’t understand English. That saying should be, ‘I wish I was someone that those people trusted.’ ” (“My Name Is Hannibal”)

2. When Dining Out, Keep the Napkin on the Table

“People say, ‘Hannibal, why don’t you put the napkin in your lap?’ Because I believe in myself. I believe in my ability to not spill food on my pants because I’m an adult and I’ve mastered the art of getting food from my plate to my mouth without messing up my jeans.

You need to believe in yourself, too and get your life together. That’s for babies. Have some confidence in your eating abilities and hand-eye coordination.”

“A dollar bill isn’t worth that much in England, but it’s worth a lot in Mexico. We all mean different things to different people is what I’m trying to say.

Finding true love is about finding your Mexico, where you go somewhere and say, ‘I get how many tacos for three dollars? Holy (expletive)! I want to stay here forever.’ And you just hope that feeling’s mutual. And that’s love.” (“Comedy Camisado”)

How much is Hannibal Buress worth?

Hannibal Buress’ net worth is estimated to be $5 Million.

How old is Hannibal Buress?

How tall is Hannibal Buress?

For Saturday Night Live he was nominated for a Primetime Emmy Award and he has also been nominated for two Writers Guild of America Awards for 30 Rock.

As of February 2023, Hannibal Buress’ net worth is roughly $5 Million.

What do you think about Hannibal Buress’ net worth? Leave a comment below.