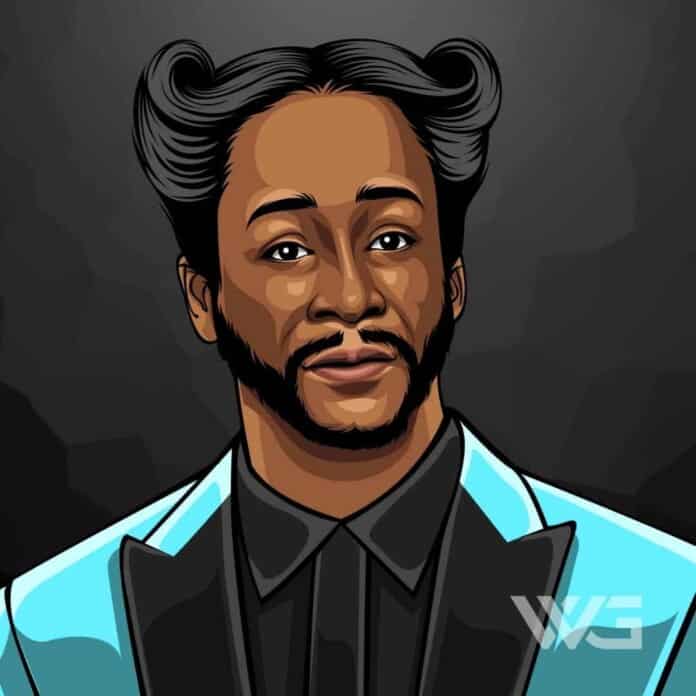 What is Katt Williams’ net worth?

As of February 2023, Katt Williams’ net worth is roughly $2 Million.

He had a role as Money Mike in ‘Friday After Next’, had a stint on ‘Wild ‘n Out’, portrayed Bobby Shaw in ‘My Wife and Kids’, and provided the voice of A Pimp Named Slickback in ‘The Boondocks’.

Micah Sierra Williams was born on the 2nd of September, 1971, in Cincinnati, Ohio. Williams attended Chaminade Julienne Catholic High School. Thereafter, he enrolled at Colonel White High School, where he excelled in his studies.

At the age of 12, he won several awards for his science projects that gained him a full scholarship to the National Science Academy in Dayton.

Katt Williams was underage when he did his first live stand-up comedy routine in an improvisation bar where he was well-received by the audience.

He soon perfected his comic sense and honed his delivery time to crack out good humor. By 1999, Williams has established his name as a noteworthy comedian in the entertainment circuit. He graced the stages of ‘The Improv’, ‘The Comedy Club’, ‘The Icehouse’ and ‘The Hollywood Park Casino’.

In 2002, Williams also made his debut in films with the stone comedy ‘Friday After Next’. It was the third installment of the Friday series. The film earned him widespread recognition and gave him a global fan base.

In 2008, Williams came up with his second HBO comedy special, a political stand-up entitled ‘It’s Pimpim Pimpin’. It was essentially Williams’ debut studio album as well.

Acting and comedy apart, Williams has also tried his hand at singing. He has rapped songs for a couple of artists including Baby Bash, The Game, Suga Free under the name Money Mike.

Here are some of the best highlights of Katt Williams’ career:

“You messed up my self-esteem… B**ch it’s called SELF ESTEEM! It’s the esteem of ya Mutha F**kin Self Bitch… How did I f**k up how YOU feel about YOU?” – Katt Williams

“Gas is so mother’f***in high. Hot Damn gas. Sh**!! You are not supposed to be at the gas station making life decisions. You just at the pump, “Did I eat today?” “I can get no half a tank, I’ve got 3 cigarettes.” – Katt Williams

“I can remember thinking, at the age of 3, that I invented the concept of lying. By a brilliant thought process, I figured that I could fib and avoid the repercussions for something I had done because lying meant that it never happened. However, by the time I was 5, I came to hate lying and to think of it as the worst thing in the world. That’s my earliest memory. Weird, but true!” – Katt Williams

Now that you know all about Katt Williams’ net worth, and how he achieved success; let’s take a look at some of the lessons we can learn from him:

1. Life Is Never That Bad

We all have our good days and we all have our bad days. The popular comedian had no problem addressing that the last 72 hours had been incredibly rough for him. He even admitted that life was bad right now but he recognized that even if life was bad at some point life would get better so why stop now?

2. Laugh Even When It Hurts With

With several bruised fingers and a few tetanus shots, Katt Williams literally laughed until it hurt. “ I have my horse pills backstage,” the comedian said as he grabbed his hand while laughing and obviously fighting tears. “I might be in pay but I’m gonna make it through this show”.

3. It’s Okay To Admit You Were Wrong

While everyone may have enjoyed the short-lived battle between Katt Williams and Kevin Hart. Williams went on air and apologized to Kevin Hart. “I regrettably apologize for what I said.” Moral of the story? We all have days when we are wrong and admitting that, and apologizing only proves that you are okay with being the bigger person.

How much is Katt Williams worth?

Katt Williams’ net worth is estimated to be $2 Million.

How old is Katt Williams?

How tall is Katt Williams?

Katt Williams is a noted American stand-up comedian and actor who is best known for his character of Money Mike in ‘Friday After Next’. Having been in the entertainment business for two decades now, William surely has crafted a well-deserved place for himself in the business.

As of February 2023, Katt Williams’ net worth is approximately $2 Million.

What do you think about Katt Williams’ net worth? Leave a comment below.