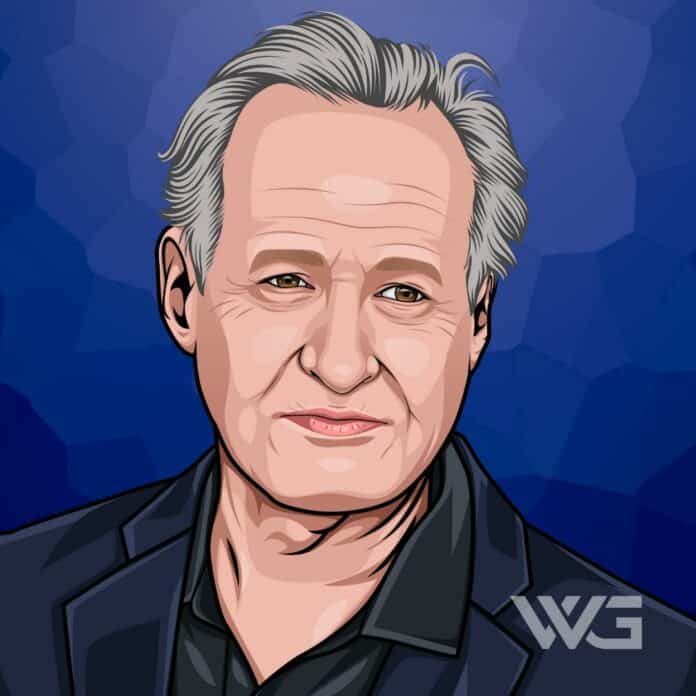 What is Michael Mann’s net worth?

Michael Kenneth Mann is best known for directing crime dramas, and he has earned a fortune for his creative talents.

Having been working since 1968, Mann is still going strong today, directing and writing new material for eager audiences.

After graduating from high school, Michael attended the University of Wisconsin-Madison, where he graduated with a B.A. in 1965, later earning an M.A. from the London Film School.

During his time at the London Film School, Michael worked on commercials and shot footage of the Paris student revolt, which was later aired on NBC.

He also developed his experiences during the revolt into the short film Jaunpuri, which won the Jury Prize at the 170 Cannes Festival.

During the 1980s, Michael Mann’s career truly started to take off when he directed The Jericho Mile, which won an Emmy for Outstanding Writing.

He later made his cinema debut in 1981 with Thief, followed by Manhunter in 1986, an adaptation of the novel Red Dragon about the serial killer Hannibal Lecter.

Entering the 90s, Mann continued to make a name for himself when he gained worldwide recognition for The Last of the Mohicans, which still remains one of his best-known films.

He would follow this success with the crime story Heat, a remake of his TV movie L.A. Takedown, which became another critical hit.

In 1999, he filmed The Insider, about Jeffrey Wigand, a whistleblower in the tobacco industry who had previously appeared on a 60 Minutes segment.

While The Aviator was up for an Academy Award for Best Picture, it ended up losing to Million Dollar Baby.

While he started to slow down in 2010, he did serve as the co-executive producer of the TV series Luck and later directed Blackhat in 2013, though it received mixed reviews.

In 2022, Mann directed the first episode of the crime series Tokyo Vice for HBO Max, and with Meg Gardiner, he released Heat 2 as a novel, following events that happened before and after the film.

There isn’t a lot of information about Michael Mann’s career earnings that have been made public, despite how large his net worth is.

Fortunately, we do know how much some of his most acclaimed films have earned, which can help give you an idea of how successful he has been.

Despite not having access to much of his earnings, we can assume that his paydays have been quite significant in his box-office gains are anything to go by.

Michael Mann married Summer Mann in 1974, and the pair have four children, including Aran Reo and Ami Canaan.

Aran has worked on a couple of her father’s films in the art department, while Ami has become a successful writer and director in her own right.

While Michael tends to keep a lot of his personal life private, he can be found on his official Twitter account, where he promotes his projects and talks about his career.

He can also be found on his official Instagram account, where he often posts photos from the sets of his movies.

Michael Mann has earned many awards and nominations throughout his career as a filmmaker.

Although all of his honors and distinctions have been important, some are more prestigious than others.

Here are some of the best achievements of Michael Mann’s career:

While Mann hasn’t earned as many accolades as James Cameron, he has still managed to gain many impressive awards and nominations for his work.

How Does Michael Mann Spend His Money?

Despite having an exuberant amount of wealth, Michael Mann tends to keep his spending habits private.

However, we do know that he has a home in the Pacific Palisades neighborhood of Los Angeles, right on Sunset Boulevard, that is estimated to be worth at least $10 million.

From what we can tell from the outside of the house, Mann has a large pool in a meticulously maintained backyard and a small two-story guest home that is separate from the main mansion.

Michael Mann has also been linked to a property in Fort Lauderdale, Florida, situated on the New River.

This home is much smaller than his main mansion in LA, but it still boasts a three-car garage, a huge central skylight, and a patio that connects directly to the river.

Michael Mann has enjoyed many memorable moments throughout his career that have helped him become one of the most successful directors in Hollywood.

However, some of his most significant milestones have been the ones that impacted his fame and fortune the most.

Here are some of the best highlights of Michael Mann’s career:

These are just a few of Mann’s most notable career moments, but they are some of the most significant overall.

Michael Mann is grateful for the opportunities he’s been given, and he values being able to freely utilize his creativity.

In many of his interviews, Mann has been sure to emphasize just how much storytelling and originality mean to him, and his dedication to his craft is inspiring.

Here are our favorite quotes from Michael Mann :

There is a lot to be learned from Michael Man and his long career in filmmaking.

Now that you know all about Michael Mann’s net worth, we can look at what he can teach us about reaching our own goals.

Here are some of the best success lessons to learn from Michael Mann:

Many people place limits on themselves, either on purpose or subconsciously, because they’re afraid to go all out.

However, if you want to be successful, you need to learn to put yourself out there and let your creativity run wild!

2. Don’t Be Too Hard On Yourself

Everyone is their biggest critic, but if you’re too harsh on yourself, you’ll never be able to be productive.

Learn to find the positives in the things that you do, and don’t be too hard on what you think is a fault, because chances are others won’t see it the same way you do.

3. Prepare Yourself For Anything

Being prepared can take many forms, but when you’re trying to become successful, it usually takes the form of financial stability and actively searching for new opportunities.

It takes a lot of hard work and sacrifice, but ultimately it will pay off once you’ve exceeded your loftiest goals.

Michael Mann is considered to be one of the greatest directors in Hollywood, and he’s earned an impressive net worth for directorial genius.

Despite being more than capable of retiring comfortably, Mann continues doing what he loves; making films and TV shows.

Make sure to check back often to see any updates impacting Michael Mann’s wealth and career.

What do you think about Michael Mann’s net worth? Leave a comment below.

What is Gal Gadot's net worth? Introduction As of ,...