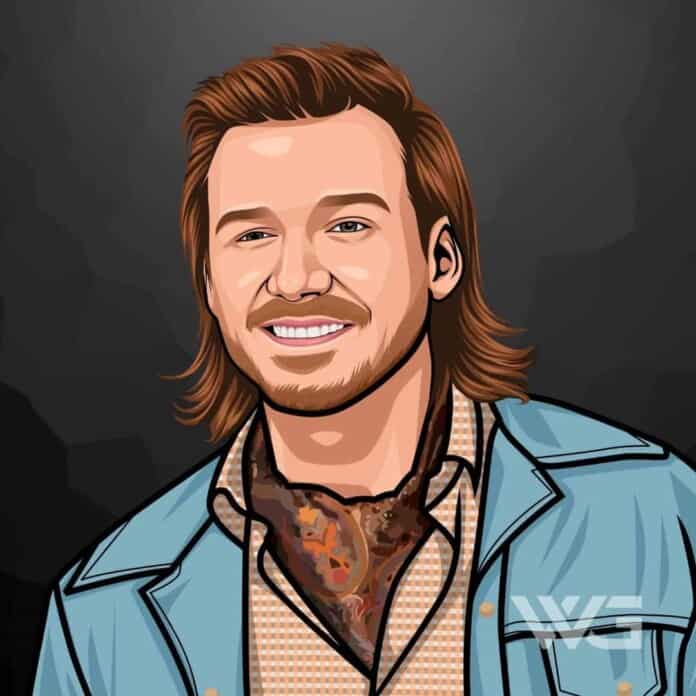 What is Morgan Wallen’s net worth?

Wallen competed in the sixth season of ‘The Voice.’ After being eliminated in the playoffs of that season, he signed to Panacea Records, releasing his debut EP, ‘Stand Alone,’ in 2015.

The following year, he signed to Big Loud, releasing his debut album ‘If I Know Me.’ The album includes the singles ‘Up Down’, ‘Whiskey Glasses,’ and ‘Chasin’ You.’

Morgan Cole Wallen was born on the 13th of May, 1993, in Tennessee. Wallen was raised in a Baptist family, and his father was a pastor. He started his journey into music at a very early age. His parents arranged piano and violin lessons while he was very young. He displayed considerable potential as an athlete.

Wallen’s performances for his high school basketball team were so impressive that he was offered a scholarship. A career-ending injury saw him switch gears and focus on music instead.

His mother signed him up to audition for ‘The Voice’. Wallen had no idea what to expect, and he had never watched the whole. He was chosen by Usher and was later stolen by Adam Levine.

In 2014, Wallen starred in the sixth season of ‘The Voice’. He was eliminated during the playoffs. He started to work with Sergio Sanchez of Atom Smash. Sanchez introduced Wallen to Bill Ray and Paul Trust of Panacea Records.

The following year, he signed to Panacea Records, where he released an EP ‘Stand Alone’ on August 24, 2015. His manager, Dirk Hemsath of Working Group Artist Management, sent a demo of Wallen to Big Loud Shirt’s Seth England, who had Wallen audition for his partners in Big Loud Records.

In 2016, he signed to Big Loud Records, where he dropped his debut single ‘The Way I Talk’. The following year, Wallen co-wrote Jason Aldean’s single ‘You Make It Easy’.

Wallen released his debut album, ‘If I Know Me,’ in 2018. The second single from the album ‘Up Down’ peaked at No. 16 on Billboard.

His album ‘Dangerous: The Double Album’ debuted in the US Billboard 200 and the Canadian Albums Chart. It remained on the Canadian chart for four weeks.

Here are some of the best highlights of Morgan Wallen’s career:

“I believe in God. I believe that He’s real and I believe He has control over a lot of things and I think throughout history there has been a lot of countries that have turned their back on Him and the result is not great.” – Morgan Wallen

“My whole life, baseball was my first love. I was gonna play college, but during my senior year, I tore my ACL, and college faded away with their offer, which I understand, obviously. That was a dark time in my life.” – Morgan Wallen

“My dad had a guitar that he gave me. I went to Walmart and bought a chord chart and hung it up in my room, and I was trying to figure out how to play the guitar and put words with what I was learning.” – Morgan Wallen

“Whenever my parents got married, my dad had a mullet. Me and my dad are very similar-type people with the way we look and the way we act, and I figured if he could get away with it when he was around 25, then I could try to do the same thing.” – Morgan Wallen

“People aren’t just listening to my single, but they are listening to the whole album – and that’s really encouraging to me because you just never know what’s going to happen when you put something out.” – Morgan Wallen

Now that you know all about Morgan Wallen’s net worth and how he achieved success; let’s take a look at some of the lessons we can learn from him:

You never know the plan. You never know what’s going to happen. We are not even promised tomorrow. Wallen tries to focus on one day at a time.

There’s a lot of things we go through, and we don’t even know why… At the end of the day, God has a purpose and a plan for you.

3. Believe In What You’re Doing

How much is Morgan Wallen worth?

Morgan Wallen’s net worth is estimated to be $4 Million.

How old is Morgan Wallen?

How tall is Morgan Wallen?

Morgan Wallen is an American country singer. He rose to fame while competing in the sixth season of ‘The Voice.’ In 2015, he signed a record deal and dropped ‘Stand Alone.’

A few years later, he followed it up with a debut studio album ‘If I Know Me.’

What do you think about Morgan Wallen’s net worth? Leave a comment below.