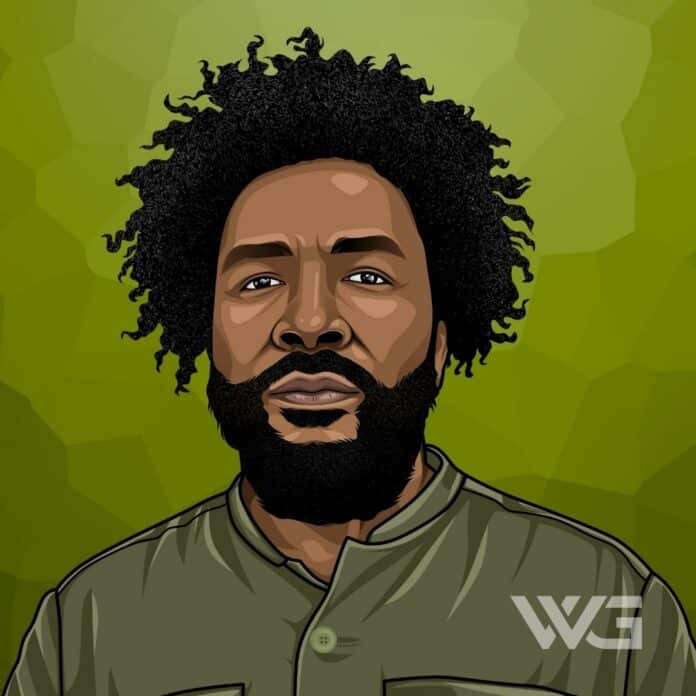 What is Questlove’s net worth?

Questlove is an American drummer, DJ, music journalist, and record producer who rose to fame performing with the hip-hop band the Roots.

As a music producer, he’s worked with a broad range of high-profile artists across many music genres.

As of November 2022, Questlove’s net worth is estimated to be $14 Million.

Raised in a musical family, his father sang with the band Lee Andrews and the Hearts, while his grandfather, Beachy Thompson, was a gospel singer with the Dixie Hummingbirds.

His parents enrolled Questlove at the Philadelphia High School for the Creative and Performing Arts, and he began performing with the band the Square Roots in the 1990s.

After forming the Roots in 1993, Questlove’s professional career took off in 1997 with the formation of the Soulquarians, winning a Grammy Award in 2000.

Questlove quickly established himself as one of the hottest producers in the industry, working with singers including Fiona Apple and Christian Aguilera.

His work with some of the richest singers in the world saw him collaborating with John Legend, Amy Winehouse, and Common on several chart-topping singles.

For his production work on the Broadway play Fela!, he enlisted the help of Jay-Z, with Will Smith also coming on board as a producer.

Outside of the music industry, Questlove has worked with some of the richest actors in the world, including Adam Sandler in the movie, The Longest Yard.

In 2016, he expanded his output into podcasts, with Chris Rock among the notable guests on his Questlove Supreme show in Pandora.

Questlove’s diversified output has allowed him to draw multiple lucrative revenue streams over the course of his career.

Record sales, salaries for his regular fixture with Jimmy Fallon, and appearances in television shows and movies have all contributed to his impressive career earnings.

With his career going from strength to strength, Questlove’s income will undoubtedly continue to increase along with his profile.

Questlove’s professional journey has seen him working with bigger stars over the years, so his earning capacity has increased significantly.

This has allowed him to build up an impressive net worth over the years, investing in assets such as real estate and other business ventures.

With wealth comparable to some of the richest DJs in the world, his growing fame and music industry clout will undoubtedly help Questlove further increase his fortunes.

In 2020, Questlove announced that he had finally found a home with his girlfriend, revealing her identity as Grace Miguel, aka Grace Harry.

Grace had previously served as Usher’s manager and represented MCA Records and Def Jam Records before she began dating Questlove.

Questlove’s impressive career has seen the producer work with some of the richest rappers in the world, creating hit tracks that dominate the charts.

He has been recognized by some of the top institutions in the music industry for his work, picking up many awards and accolades.

Here are some of the best awards and achievements from Questlove’s career:

Questlove continues to release music at a prolific rate, so we can expect many more awards and accolades as his career develops.

How Does Questlove Spend His Money?

Questlove made the news when moving into his dream home after being confronted by a neighbor with a dog and shedding light on his residence.

He boasts an impressive collection of shoes, including some of the most expensive sneakers in the world, along with a large selection of headphones.

While many music producers drive expensive supercars, Questlove still drives his first car and describes himself as a late bloomer in driving.

With an impressive career encompassing a wide range of genres, producing music for some of the biggest names in the industry, Questlove has enjoyed a great deal of success.

He’s expanded his talent and profile across multiple domains, working on everything from broad comedy movies to acclaimed documentaries.

Here are some of the best highlights of Questlove’s career:

With his jack-of-all-trades approach to creativity, Questlove will continue to impress with his selection of unique and exciting projects.

With his gift with words as a songwriter and a variety of experiences in the entertainment industry, Questlove has plenty of insights to share with his fans.

He’s offered his thoughts on everything from the nature of hip-hop to his passion for DJing as a tool for unwinding.

Here are our favorite quotes from Questlove:

Now that you know all about Questlove’s net worth, let’s take a closer look at the life lessons we can take from his activities.

His work can teach us how to appreciate music on a deeper level while broadening our skill stack to accomplish more ambitious goals in life.

Here are some of the best success lessons to learn from Questlove:

1. Musicians Should Try To Absorb Many Genres

It can be easy to stick with what you know and love as a musician, but the very best understand the importance of exploring multiple genres.

Only when you master various styles can you integrate the best elements and create a new style.

2. Write Down Your Insights And Share Them With Others

Questlove’s fame and fortune are tempered with a dose of humility and his desire to help up-and-coming artists achieve fame and recognition.

He’s shared his thoughts on creativity and how to make it in the industry in several books.

3. If You’re A Master, Consider Running A Masterclass

With his impressive skills as a DJ, Questlove has a reputation for knowing how to get a party going.

These skills are all available for his fans to learn through his online DJ masterclass videos.

That wraps up this article covering the career highlights, income, and net worth of the multi-talented record producer, DJ, and actor Questlove.

His prolific career continues to go from strength to strength, with many more music collaborations and television appearances in the pipeline.

We’ll update this article to reflect changes to his net worth and the exciting projects contributing to his revenue streams.

As of November 2022, Questlove’s net worth is estimated to be $14 Million.

What do you think about Questlove’s net worth? Leave a comment below.