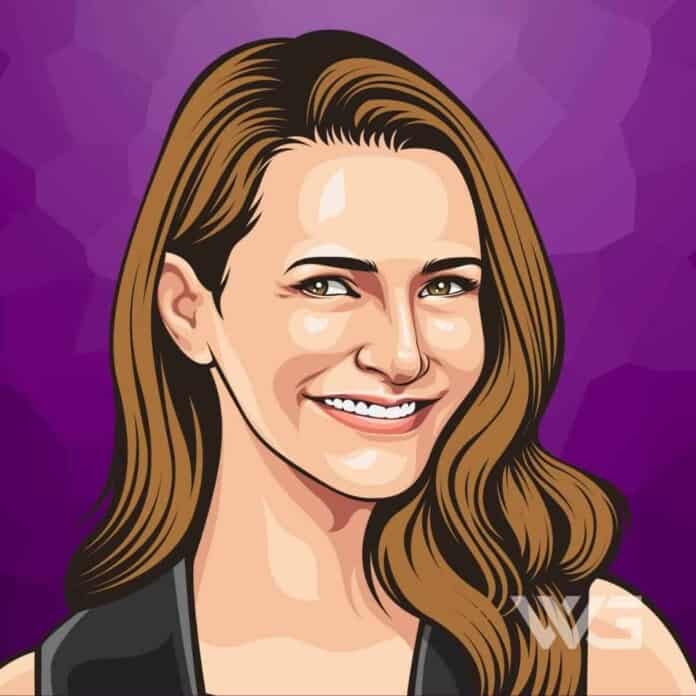 What is Kristin Davis’ net worth?

Kristin Davis is an American actress from Colorado. Davis is best known for playing Brooke Armstrong on the soap opera ‘Melrose Place’, and Charlotte York Goldenblatt on HBO’s ‘Sex and the City’.

Kristin Landen Davis was born on the 23rd of February, 1965, in Boulder, Colorado. Her parents separated when she very young. Later, Keith Davis, a University of Colorado Boulder professor adopted her.

When Kristin was a child, her family shifted to Columbia, South Carolina, where she attended ‘A.C. Flora High School’ and graduated in 1983.

Davis shifted to New York and started working as a waitress. Soon, with the help of one of her friends, she started a yoga studio. She got an acting opportunity and appeared in a few episodes of the daytime drama, ‘General Hospital’ in 1991.

In, ‘Deck the Halls’, a 2006 Christmas comedy film, she was cast as Kelly Finch alongside stars like Danny DeVito, Matthew Broderick, and Kristin Chenoweth.

In, ‘Sex and the City: The Movie’ a 2008 film adaptation of the HBO comedy series of the same name about four female friends, she reprised the role of Charlotte York Goldenblatt.

She hosted the VH1 show, 200 Greatest Pop Culture Icons, and in 2005, starred in a television pilot entitled, ‘Soccer Mom’. She also appeared as a guest judge on the Lifetime (TV network) program ‘Project Runway’.

In ‘The Adventures of Sharkboy and Lavagirl in 3-D’, a 2005 adventure fantasy comedy film, she starred as Max’ (Sharkboy) mother. Though the film received poor reviews from the critics, it was a commercial success and collected $69,425,967 at the box-office.

Here are some of the best highlights of Kristin Davis’ career:

“I’m not really much of a shopper. I have to say that I’d definitely prefer good sex. What makes good sex? Oh my god. I think you need to feel free and you have to really trust the other person. And you have to have that strange, mysterious chemical connection.” – Kristin Davis

“My golden retriever, Callie, is so easy to please. She finds great pleasure in our day-to-day routine, which helps me to enjoy the simple things. She loves to jump on the couch with her favorite toys and roll around while I clap my hands.” – Kristin Davis

“Our mothers’ generation fought so hard to change things and we’re the first generation to benefit. And now you get girls in their twenties who say they’re not feminists.” – Kristin Davis

“I would never describe Charlotte as a prude – maybe at the start, but that was in comparison to the other girls. She wasn’t willing to do the stuff they were doing – and I mean, thank goodness!” – Kristin Davis

Now that you know all about Kristin Davis’ net worth, and how she achieved success; let’s take a look at some of the lessons we can learn from her:

Someday, someone will come along and appreciate what you didn’t.

You may be a late bloomer, you may not be happy in high school, you may take longer than others to find your place in the world – but if you consistently do what’s right and do the best you can to be good to others, you will win in the end.

3. Having a Significant Other Doesn’t Make You Complete

How much is Kristin Davis worth?

Kristin Davis’ net worth is estimated to be $35 Million.

How old is Kristin Davis?

How tall is Kristin Davis?

Kristin Davis is a famous American actress who achieved great success for her role as Charlotte York Goldenblatt on HBO’s ‘Sex and the City’.

She has also been concerned about the issues related to women. Due to her love for animals, especially elephants, she has been supporting organizations that take care of animals.

What do you think about Kristin Davis’ net worth? Leave a comment below.