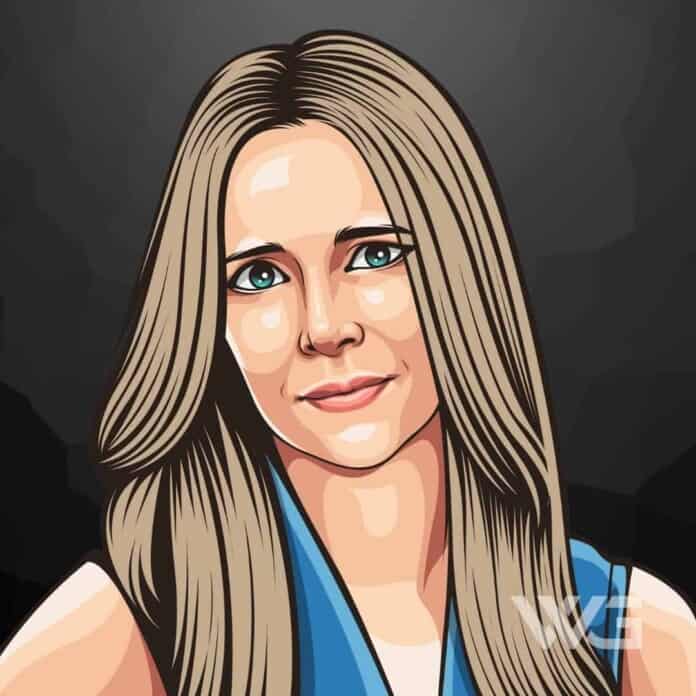 What is Lauralee Bell’s net worth?

Lauralee Bell is an American soap opera actress from Chicago.

She is the daughter of soap opera creator William J. Bell and Lee Phillip Bell, and sister to Bill Bell, Jr. and Bradley Bell as well as sister-in-law to Maria Arena Bell and Colleen Bell.

Lauralee Kristen Bell was born on the 22nd of December, 1968, in Chicago, Illinois. Bell is the daughter of William J. Bell and Lee Phillip Bell. It is not easy being born into a family of overachievers, yet even at a young age, Lauralee had a can-do attitude.

By age 13, Lauralee had graduated to a speaking part. Fans really connected to her and wrote to the show. Christine “Cricket” Blair was born and was written into the show.

Lauralee tackled Cricket, the fan-favorite teenager, with gusto, handling the press with the elegance and ease of someone much older.

The romance of rock star Danny Romalotti and girl-next-door Cricket resonated around the world, and Lauralee shined, winning the Young Artist Award for her character in 1989.

As her confidence and experience grew, Lauralee took on more roles outside the world of Y&R, such as Diagnosis Murder, Walker Texas Ranger, Pacific Blue, Carpool Guy, Past Sins, and CSI: Miami. Soon, Bell branched out into writing, producing and directing her own projects, experimenting with new media.

Bell has a passion for having an idea and making it happen. She has created two successful boutiques, On Beverly Blvd and On Sunset, and a production facility, 3Labs, outside of her acting resume.

In July 2010, she returned to The Young and the Restless in a recurring capacity. Lauralee co-owned a boutique, On Sunset, which closed in 2009.

Here are some of the best highlights of Lauralee Bell’s career:

“On last Friday’s air show, I would say it was how a classic Bill Bell moment would be where we built it up to where Danny and Christine just see each other! Then came the three day Memorial Day weekend! For me, as a viewer, I really get into stuff like that. It was almost painful to have them just stare at each other, and so Tuesday’s episode was intense, and then Friday’s episode is wicked.” – Lauralee Bell

“I liked that, too. So we are having scenes and then all of a sudden on Tuesday’s episode Danny and Christine end up in bed, and that is a shocker! That is showing again the growth and the history of the couple, but the growth of them as adults knowing they can just do some things on the spur of the moment, where it’s like, “I have a couple of days with you and I am going to make the most of it.” – Lauralee Bell

“There are some scenes coming up with Michelle Stafford (Phyllis) which I will need to ask the production manager to get me a copy of the old scenes, so I know what I am talking about.” – Lauralee Bell

Now that you know all about Lauralee Bell’s  net worth, and how she achieved success; let’s take a look at some of the lessons we can learn from her:

Presence is power. In a similar vein, it’s just as important to be present when we’re with ourselves.

2. Communication Is Your #1 Skill

The ability to clearly communicate your ideas to other people is the most valuable skill you can ever develop.

Learn to communicate your ideas orally as well as in written form. Also, learn as many techniques as possible: how to write with brevity (short-form), how to write long-form, how to use gesticulation, articulation, tonality, etc.

3. Write It Down, Make It Happen

Write down your goals every day. Just take out your journal, and write down what you want.

How much is Lauralee Bell worth?

Lauralee Bell’s net worth is estimated to be $200 Million.

How old is Lauralee Bell?

How tall is Lauralee Bell?

Lauralee Bell is an American actress who has appeared in the movies Carpool Guy, Easy Rider 2: The Ride Home, and Deadly Expose. Bell won a Daytime Emmy Award in 2014 for Outstanding Special Class Short Format Daytime for mI promise.

As of December 2022, Lauralee Bell’s net worth is estimated to be roughly $200 Million.

What do you think about Lauralee Bell’s net worth? Leave a comment below.