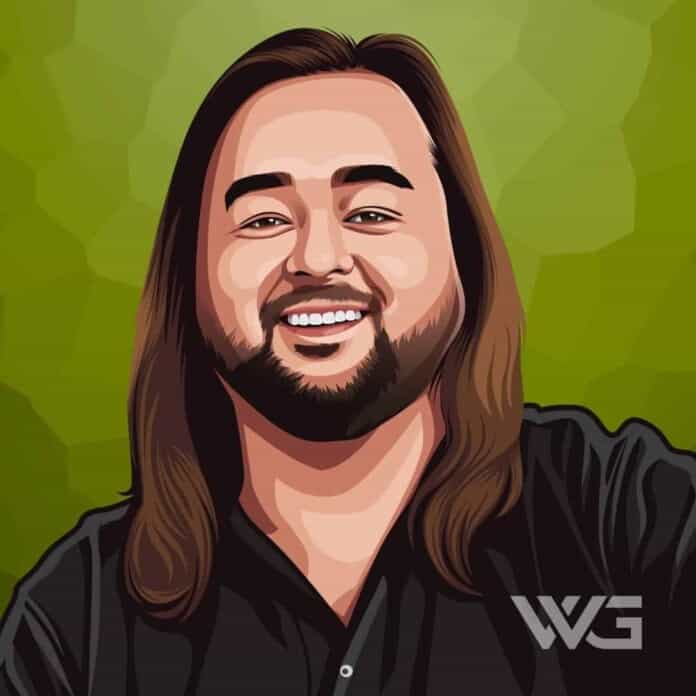 What is Austin Chumlee Russell’s net worth?

Russell is best known for his appearance on the History Channel television show ‘Pawn Stars’. He went to work at the Pawnshop five years later before they started to film the first season.

Russell got the job thanks to him being friends with Corey Harrison whose father and grandfather founded the shop.

As of December 2022, Austin Chumlee Russell’s net worth is estimated to be roughly $5 Million.

Austin Lee Russell was born on the 8th of September, 1982, in Nevada. When he was 12 years old he was given the nickname “Chumlee”.

As a child, he became a good friend with Corey Harrison whose father Rick Harrison and his father opened Gold & Silver Pawn Shop in 1989. Russell has stated that he is of part Scottish descent.

Russell began working for the Gold & Silver Pawn Shop when he was 21 years old. He worked there for five years before they filmed the first season of the series ‘Pawn Stars’ in 2009.

In the series, he became the breakout cast member and a fan favorite of the series. The show became a huge success and he formed his own company. He, later on, sold his half in the company to Rick Harrison. His sales of merchandise have surpassed other stars of the show due to his massive popularity.

He appeared as himself alongside Rick and Corey Harrison in the show. In 2017, Chumlee opened a candy shop ‘Chumlee’s Candy on the Boulevard’ across the street from the Pawn Shop in Las Vegas. For every episode of ‘Pawn Stars’ that airs on TV, he earns a salary of $25,000.

As of December 2022, Austin Chumlee Russell’s net worth is $5 Million.

How Does Austin Chumlee Russell Spend His Money?

Austin Chumlee Russell has defiantly made a name for himself in the television industry. Russell is best known for starring in ‘Pawn Stars’ and he has always had special interests in vintage pinball machines and shoes.

Russell is an avid shoe collection and he owns over 200 pairs in his closet. He also loves sports, video games, skateboarding, and the Pokemon Trading Card Game.

Russell has an amazing collection of cars such as a Rolls-Royce Phantom, a Range Rover, a Cadillac Escalade, and a 1964 Impala SS.

Here are some of the best highlights of Austin Chumlee Russell’s career:

“I have close to 300 pairs of shoes. I’m fortunate enough to be in a position to get any shoes I want. So I have a pretty nice collection. It’s pretty valuable. It’s funny when sometimes I buy a pair of shoes and I look on eBay and it’s already selling for $500. I just wanted to buy those shoes to wear them!” – Austin Chumlee Russell

“Some people can act Hollywood and others don’t. I just try to live my life as a normal, everyday man. At times, fame does get to you. But you must stay positive and remember two things: It’s easier to be happy, and without all those fans, life wouldn’t be as good as it is.” – Austin Chumlee Russell

“I could never leave Las Vegas. We don’t have that much. We have the Runnin’ Rebels and boxer Floyd Mayweather. When Mayweather fights, it’s good for the whole city. It’s like the Super Bowl out here.” – Austin Chumlee Russell

“They were making a short episode and we had about 12 employees at the time. They went through everybody, saying, ‘All right, who’s going to be our fourth member?’ I didn’t watch too much TV, but I decided I’d go watch some TV, some reality shows, and I kind of realized what was missing was the funny part of the show, the whipping boy is what I called it at the time. Someone they could make fun of and laugh with.”  – Austin Chumlee Russell

“It’s a similar vibe to what we do here at the shop. It’s an under-repped demographic, and I just partnered with a really big production company and made the pilot last year. We’re going to re-work the pilot and try to sell it, so I’ll be on the producer’s side of the camera.” – Austin Chumlee Russell

Now that you know all about Austin Chumlee Russell’s net worth, and how he achieved success; let’s take a look at one of his best lessons that we can learn from him:

At times, fame does get to you. But you must stay positive and remember two things: It’s easier to be happy, and without all those fans. Work hard and be strong and courageous. If somebody puts you down just keep believing in yourself and stay positive always.

Russell owns a huge collection of shoes and he is very passionate about collecting them one by one, get a hobby.

Things will come in our way, but you can never give up. Stay true to yourself and work hard towards your goals. Even if nobody else believes in you. No matter what you have to stay focused on your path.

How much is Austin Chumlee Russell worth?

Austin Chumlee Russell’s net worth is estimated to be $5 Million.

How old is Austin Chumlee Russell?

Austin Chumlee Russell was born on September 8, 1982, and is currently 40 years old.

How tall is Austin Chumlee Russell?

Austin Chumlee Rusell is a well-known American reality television star, a businessman who is most famous for his starring on the History Channel show ‘Pawn Stars’.

He started to work in the shop when he was 21 years old. Some of his duties are checking the items, loading them, and writing the tickets for items bought by the customers.

He has shown that he can be brilliant from time to time and in recent years he has set up several business ventures.

As of December 2022, Austin Chumlee Russell’s net worth is estimated to be roughly $5 Million.

What do you think about Austin Chumlee Russell’s net worth? Leave a comment below.