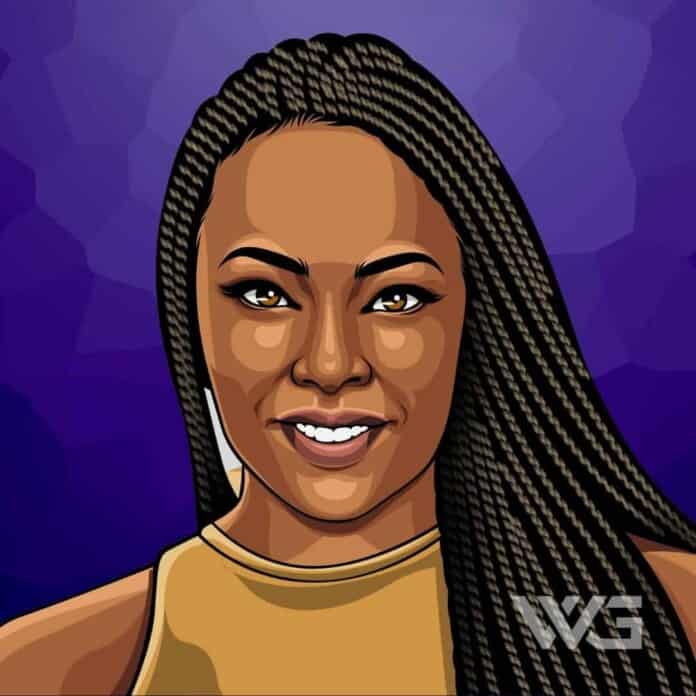 What is Eva Marcille’s net worth?

As of December 2022, Eva Marcille’s net worth is estimated to be roughly $4 Million.

Eva Marcille is an American actress, fashion model, and television personality from Los Angeles. Marcille started her career by winning the 3rd cycle of America’s Next Top Model.

She was previously credited by her birth name Eva Pigford.

Eva Marcille was born on the 30th of October, 1984, in Los Angeles, California. Her middle name, Marcille, is an amalgam of her grandmothers’ names “Marjorie” and “Lucille”.

Marcille was the winner of the third cycle of America’s Next Top Model in 2004. She has appeared on the cover of Brides Noir, Women’s Health and Fitness, King, IONA, and Essence.

In 2006, Marcille left her managers, Benny Medina, and Tyra Banks. After leaving Banks and Medina for new management, she officially dropped “Pigford” from her name, now going by Eva Marcille (her middle name). She has stated she did this in order to not use her modeling fame to get into acting but earn her acting roles.

Marcille appeared in a first-season episode of the MTV improv show Nick Cannon Presents’ Wild ‘N Out’. In 2007, Marcille played a featured role in an episode of Smallville.

In 2008 she joined the cast of The Young and the Restless as a young mother named Tyra Hamilton. After a few months, her character, who was planned to be temporary was made permanent.

Marcille competed in the first season of VH1’s Scared Famous, which premiered on October 23, 2017.

Here are some of the best highlights of Eva Marcille’s career:

“I’ve learned that I can only live for myself. I cannot be focused on the world’s idea of who they think I am or who I’m supposed to be. I can only be the best me. And if that means that even though I seem eligible and should be in a relationship, maybe I shouldn’t be right now, because I am not emotionally available. It’s knowing yourself and being more in tune with who you are vs. who the world wants you to be.” – Eva Marcille

“So if I can give anyone advice in this business on love and balancing, it’s that you truly have to take a second, step back, to figure out who you are and what you want. And it is okay if those people around you don’t fit into that. Because what you don’t want to do is end up living your life for someone else.” – Eva Marcille

“I was raised in a beautiful Black two-parent family that has given me amazing morals to go out to make a better life for myself and others. That is who I truly am. And this show allows me to display the true essence of who I am and why I’m in this business.” – Eva Marcille

“Education is fundamental. And I know some aren’t blessed to be afforded the luxury, ’cause as sad as it is in 2016, it is still a luxury. I’d say when you’re young, look for someone, an older woman, you’d like to emulate. Not necessarily her career, but the soul and essence of that woman. I use women like Susan Taylor and Tyra Banks to girdle me up so I can find my own strength and forge my own path.” – Eva Marcille

“I’ve been blessed because the type I started in was competition based. It was about being witty and smart and innovative and different. I don’t get backlash like some of the reality shows today because that’s not who I am.” – Eva Marcille

3 Lessons from Eva Marcille About Happiness

Now that you know all about Eva Marcille’s net worth, and how he achieved success; let’s take a look at some of the best lessons we can learn from her:

The essence of this life lesson — developing a growth mindset — for me means this: Hard work trumps talent every day of the week. The growth-minded swimmer who works hard, day in and day out, will surmount his naturally talented opponents.

No list of life lessons would be complete without mentioning words like “discipline” and “habit”. Though separate in meaning, disciplines, and habits ultimately intersect with one another to form the foundation for achievement — regularly working at something until it regularly works for you.

When you discipline yourself, you’re essentially training yourself to act in a specific way.

How much is Eva Marcille worth?

Eva Marcille’s net worth is estimated to be $4 Million.

How old is Eva Marcille?

How tall is Eva Marcille?

Eva Marcille is an American model, actress, and television personality. She started her career by winning the 3rd cycle of America’s Next Top Model. She is one of the most well-known models in the industry.

As of December 2022, Eva Marcille’s net worth is roughly $4 Million.

What do you think about Eva Marcille’s net worth? Leave a comment below.

What is Heidi Klum's net worth? Introduction  As of ,...