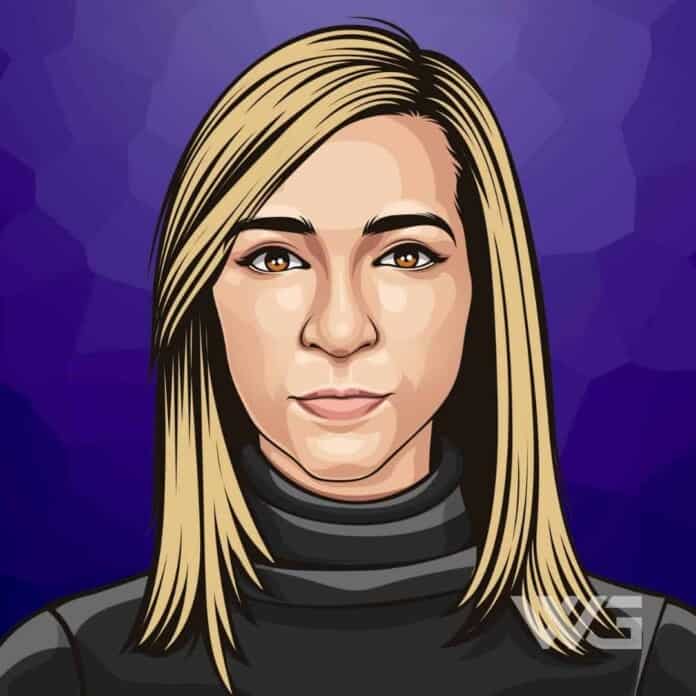 What is Gabbie Hanna’s net worth?

As of December 2022, Gabbie Hanna’s net worth is approximately $2 Million.

She is best known for Vine, under the name The Gabbie Show, then started a YouTube channel with the same name a year later. Hanna is also known for her debut single ‘Out Loud’ which was released in 2017.

Gabrielle Jeannette Hanna was born on the 7th of February, 1991, in New Castle, Pennsylvania. Hanna has 6 siblings and is of Lebanese, French and Polish descent. Hanna graduated from the University of Pittsburgh with a degree in psychology and communications.

After college, Hanna worked for a marketing company and she quickly became the top salesperson in the US. Hanna subsequently moved to Los Angeles, to pursue an acting career and focus on her role as a social media influencer.

After completing her graduation she started with posting comedy videos. The videos soon found a good viewership and gradually garnered her a decent fanbase. After this American web video star tasted rapid success with her vines, she relocated to Los Angeles, California to further her career as a Vine Star.

Today she boasts of having millions of followers and subscribers across social media platforms like Vine and YouTube. She often works in collaboration with Vine Star Scotty Sire to created hilarious vlogs and sketches.

Her YouTube channel ‘TheGabbieShow’ has become very popular at present with a count of more than 6.5 subscribers.

In 2016she became a part of ‘Janoskians: Untold and Untrue,’ the comedy film that was produced by Awesomeness Films and released on August 28, 2015, in the USA.

She played herself in the movie. This stunning beauty infuses a lot of curiosity among her fans and followers to know more about her life, relationships, and activities by frequently updating her pictures, status, and recent activities.

Here are some of the best highlights of Gabbie Hanna’s career:

“I always wanted to be a YouTuber but I couldn’t because I was poor and didn’t have a computer. I also didn’t have the time to make videos, so it wasn’t reasonable to expect it to happen. My first YouTube videos were shot and edited by a friend because I didn’t have the equipment.” – Gabbie Hanna

“I’m an independent artist. I own my own masters and no one can tell me what to do, which is nice. But there are a couple of labels I would love to work with. If Fueled By Ramen called me, I’d definitely be interested!” – Gabbie Hanna

“I hate to admit this, but a lot of it is trying to prove the haters wrong. It’s like, ‘Make your haters your motivators.’ So when someone tells you that you can’t do something, it makes you want to do it more.” – Gabbie Hanna

“I’m really sensitive and get upset by hate comments and probably always will. But I always tell myself that people don’t leave negative comments if they don’t feel bad about themselves. There was this one girl who posted, ‘You’re so full of yourself. How many more pictures of you do we need on Instagram?’ And then I went to her page and it was literally her in a bra and underwear, in the same bathroom selfie, four times. She was clearly just an insecure girl.” – Gabbie Hanna

“I actually did a whole video on the psychology of YouTube. When you get immediate attention and reward, your brain actually changes. It’s operant conditioning. Like, ‘I do this and people like me. I do that and people like me.’ And if your numbers start to drop, that affects your self-esteem. You think ‘People like me less now because I didn’t get as many likes as before.’” – Gabbie Hanna

Now that you know all about Gabbie Hanna’s net worth, and how she achieved success; let’s take a look at some of the strongest lessons we can learn from her:

The only difference between you and someone you envy is that they decided to settle for more in life than you did.

2. Find Something in Life That Pulls You

Not as inspiring as the first few, go for walks and clean your mind and body.

How much is Gabbie Hanna worth?

Gabbie Hanna’s net worth is estimated to be $2 Million.

How old is Gabbie Hanna?

How tall is Gabbie Hanna?

Gabbie Hanna is an immensely popular social media personality who has earned her name across social media as ‘The Gabbie Show’, particularly as a Vine Star and YouTuber. Today she is counted among the rising sensations in the world of social media.

As of December 2022, Gabbie Hanna’s net worth is estimated to be $2 Million.

What do you think about Gabbie Hanna’s net worth? Leave a comment below.