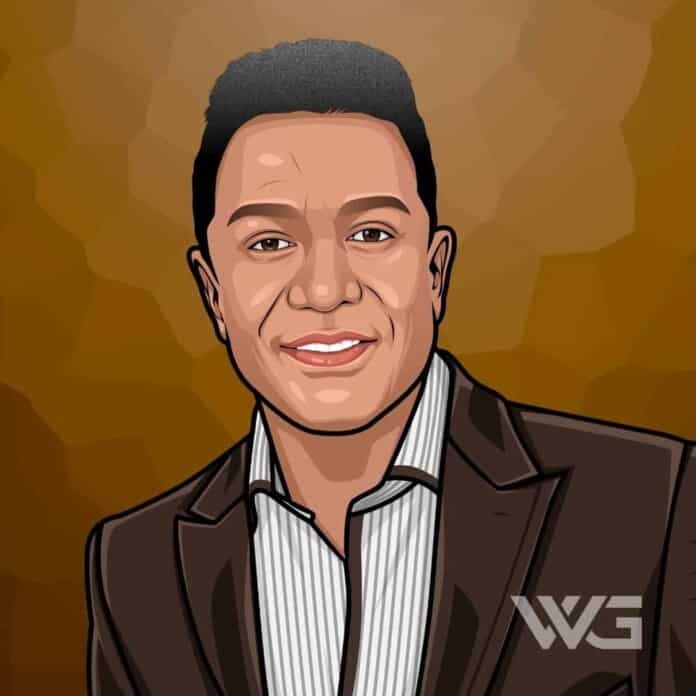 What is Jermaine Jackson’s net worth?

Jermaine Jackson is an American singer, songwriter, and bassist.

Jackson is best known for being a member of the Jackson family. From 1964 to 1975, he was the second vocalist after his brother Michael and played bass guitar, and since 1983 has rejoined their successors, The Jacksons.

Jermaine La Juane Jackson was born on the 11th of December, 1954, in Gary, Indiana.

His father had musical aspirations, playing guitar with his brother’s band, The Falcons, and Katherine was a passionate pianist and singer. Their large family and lack of money ended their dreams, with Katherine becoming a housewife and Joseph a steelworker at nearby Inland Steel Company in East Chicago.

In 1972, his self-titled debut album was released and reached #1 on the US R&B charts. Between 1972 and 2012, he released 14 solo albums. Several of these albums were certified gold.

He has been married several times over the years. In 2004, he married Halima Rashid. They met while in line at a Starbucks and were engaged within three months.

Jackson starred in the reality show ‘The Jacksons: A Family Dynasty’ while preparing for a tour. In 2014, he appeared on an episode of Celebrity Wife Swap.

In 2007, Jackson competed on the reality series ‘Celebrity Big Brother’ for which he was paid $450,000. As a singer, he has had success with the singles ‘Let’s Get Serious,’ which reached #1 on the US R&B chart, ‘Do What You Do,’ ‘When the Rain Begins to Fall’.

The song ‘Don’t Take It Personal’ also reached the first spot on the US R&B chart. Jermaine converted to Islam in 1989 after visiting Bahrain.

The following year, Jackson competed on the reality TV series ‘Gone Country.’ He appeared in an episode of the TV series ‘The Facts of Life’ back in 1982 and in the soap opera ‘As the World Turns’ in 1984.

How Does Jermaine Jackson Spend His Money?

Jackson spends some of his money on real estate and charity work.

Jackson owns a beautiful home in Calabasas, California. The home comes with three bedrooms and three bathrooms. He purchased the home in 2004 for $550 thousand.

Jackson has helped charities such as Orca Network.

Here are some of the best highlights of Jermaine Jackson’s career:

“To see him there lifeless and breathless was very emotional for me. But I held myself together because I knew he’s very much alive in his spirit, and that was just a shell. But I kissed him on his forehead, and I hugged him, and I touched him and I said, ‘Michael, I’ll never leave you. You’ll never leave me.” – Jermaine Jackson

“Whether it’s possible or not, being a doctor, you take an oath. To care for your patient, not to kill them. You take an oath to do things that are proper in the medical world. Not to administer something outside of a hospital setting that’s not even your area.”  – Jermaine Jackson

“We’ve always had a love for other places outside the US. I would be right with him. Now that Michael’s been vindicated, we all have to be careful… you never know what someone’s plotting and planning.” – Jermaine Jackson

“I believe if there is any place left where humanity is still visible, it can not be anywhere else than in an Islamic society. Time would come when the world would be obliged to accept this reality.” – Jermaine Jackson

“Do you know, Michael, he was – he touched the hearts of many people around the world. That’s important. That’s why the world cried when he passed because they understood him.” – Jermaine Jackson

Now that you know all about Jermaine Jackson’s net worth and how he achieved success; let’s take a look at some of the lessons we can learn from him:

Three things in life – your health, your mission, and the people you love.

The glow of one warm thought is to me worth more than money.

Each day provides its own gifts.

How much is Jermaine Jackson worth?

Jermaine Jackson’s net worth is estimated to be $1.5 Million.

How old is Jermaine Jackson?

How tall is Jermaine Jackson?

Jermaine Jackson is an American musician, singer, and producer. Jackson is best known for being a former member of the Jackson 5. He is the older brother of Michael and Janet Jackson.

Jackson is the fourth child born to Joseph and Katherine Jackson. Outside of the Jackson 5, Jermaine has released a number of solo studio albums.

What do you think about Jermaine Jackson’s net worth? Leave a comment below.