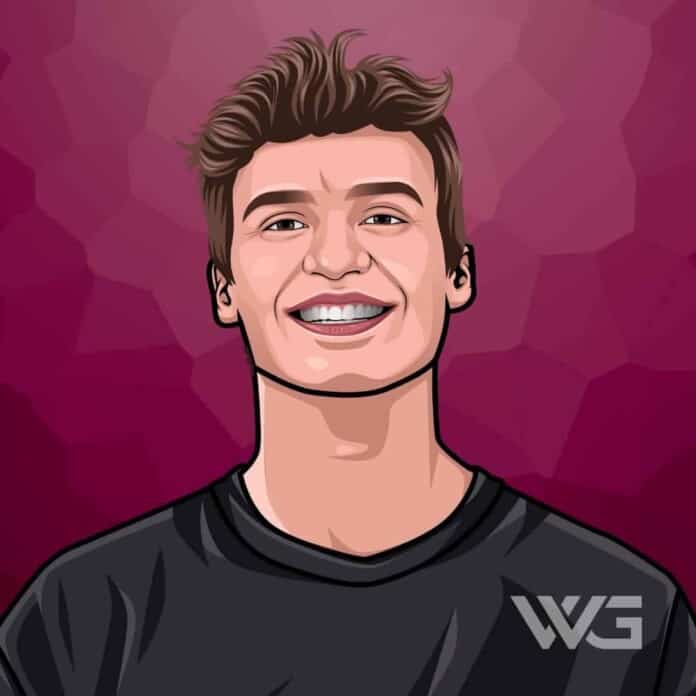 What is Henri Pfr’s net worth?

Henri Pfr is a Belgian DJ, musician, and composer.

His knack for melody, combined with his sunny disposition, shines through in his music with a lightness of touch rarely found in the EDM world. From an early age, he spent many years training in classical piano and studying musical theory.

When he was 14 years old, he first became interested in electronic music.

Henri Peiffer was born on the 26th of September, 1995, in Brussels, Belgium.

From the age of six, he spent nine years training in classical piano and studying musical theory. It was around the age of fourteen that young Peiffer first became interested in electronic music.

He posted his first mixtape Summer Memories online on the ‘La Belle Musique’ YouTube channel, which, with more than 70 million views, caught the attention of Armin van Buuren‘s Armada label.

Pfr has collaborated with German producer Robin Schulz, for whom he remixed the track ‘Sugar.’ Together, they produced ‘Wave Goodbye,’ a song which is featured on Robin Schulz’s album Sugar, released in 2015.

Peiffer’s music was later released on Sony Music, featuring ‘One People,’ ‘Home,’ and in October 2016, ‘Until the End, which remained at the top of the Belgian charts for several months and went platinum in Belgium.

In 2017, he received the Pure Newcomer Award at the D6bels Music Awards. In September 2017, he was honored by the Walloon Brabant province during the Orchid Ceremony, winning an “Orchid” in the Culture category for having contributed to the profile of the province of Walloon Brabant.

Later that year, he received the International Newcomer of the Year Award at the Fun Radio DJ Awards during the Amsterdam Dance Event.

The same year, he was honored by the Walloon Brabant province during the Orchid Ceremony. He won an “Orchid” in the Culture category for contributing to the profile of the province of Walloon Brabant.

Here are the best highlights of Henri Pfr’s career:

“That’s a good question, maybe ‘Lord of Trance’ from Tiesto. I started listening to trance music. Also, in Belgium we have a DJ called DJ Furax, he’s quite famous – I remember that kind of music brought me to another world. So I said that’s the music I want to make, and that’s what will give me the most sensation.” – Henri Pfr

“It’s really simple. My real name is Henri Peiffer. I just removed the vowels in my last name to create PFR. However, it’s annoying sometimes as people sometimes say my name as Henry and not Henri and sometimes mistakes with PFR – mixing up the letters. So it’s a complicated name.” – Henri Pfr

“The main part for me is the lyrics, what you want to say in the song; then comes the chords. It depends, though. Sometimes I focus on the drums, the sound design, the melody. It’s a hard question because it varies from track to track.” – Henri Pfr

“I’m doing fine, thank you! I was a bit down in October, and I think it’s important to talk about it. I thought I should not lie to my community and insist on the fact you shouldn’t be afraid to talk or seek help if you need to.” – Henri Pfr

Now that you know all about Henri Pfr’s net worth and how he achieved success; let’s take a look at some of his best lessons that we can learn from him:

Appreciation is the highest form of prayer, for it acknowledges the presence of good wherever you shine the light of your thankful thoughts.

2. Be Friends With the Right People

If you instead surround yourself with people who have dreams and goals, they will inspire and motivate you to be the best you can be.

You need to find what takes the stress away for you.

How much is Henri Pfr worth?

Henri Pfr’s net worth is estimated to be $1 Million .

How old is Henri Pfr?

How tall is Henri Pfr?

Henri Pfr is a fantastic DJ with excellent skills.

With several new remixes, releases on labels such as Warner and Sony, a collaboration with Robin Schulz, and a busy touring schedule, expect to hear a lot more from this talented young producer over the coming months.

What do you think about Henri Pfr’s net worth? Leave a comment below.