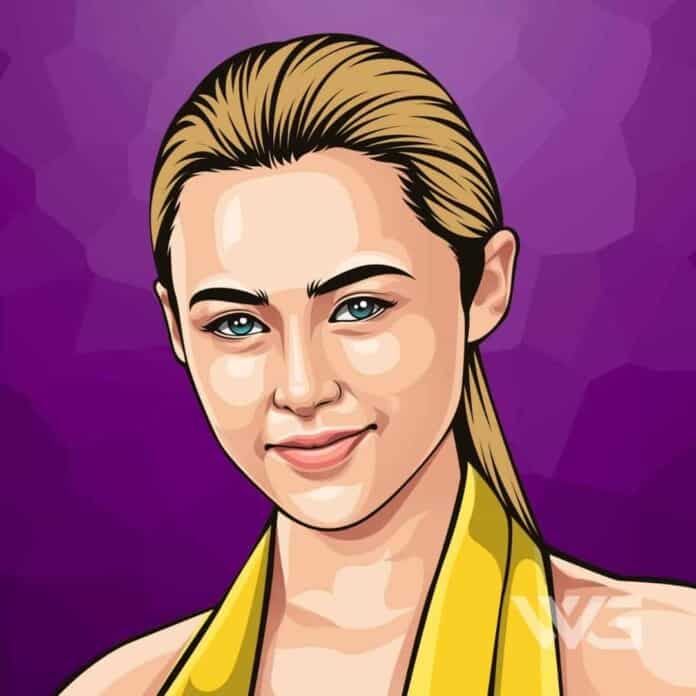 As of February 2023, Kathryn Newton’s net worth is roughly $1 Million.

Kathryn Newton is an American actress from Florida.

Newton is best known for her role as Allie Pressman in the Netflix series ‘The Society’, Lucy Stevens in ‘Pokémon Detective Pikachu’, Louise Brooks in the CBS television series ‘Gary Unmarried’, as well as for her role as Alex Nelson in the 2012 film ‘Paranormal Activity 4’.

Kathryn Love Newton was born on the 8th of February, 1997, in Orlando, Florida. She started her career at age four, making her television debut on the soap opera ‘All My Children’, playing Colby Marian Chandler from 2001 to 2004.

Meanwhile, she also starred in two short films, ‘Abbie Down East’ and ‘Bun-Bun’.

In 2008 Newton was cast in the role of Louise Brooks in the CBS television series ‘Gary Unmarried’. When she was twelve, her family moved to Los Angeles.

In 2017, Newton appeared in the HBO series ‘Big Little Lies’ based on the Liane Moriarty novel of the same name. She also had major roles in the films ‘Three Billboards Outside Ebbing’, ‘Missouri’ and ‘Ben Is Back’.

Newton had the female lead of an adaptation of ‘Pokémon Detective Pikachu’ in 2019. She also plays the lead role of Allie in the Netflix mystery drama series ‘The Society’, which premiered on May 10, 2019.

Here are some of the best highlights of Kathryn Newton’s career:

“I’ve been playing a lot more since I’ve finally had some time. It’s just something I’ve always done and was really serious about in high school and was looking to go to college through golf. It’s a goal of mine to go pro, but right now I’m just playing in charity events and working on my own golf line so I just want to keep doing it.” – Kathryn Newton

“I just have these sketches and ideas, I want to do these gingham sets, and I’m really into track pants — I find I’m always wearing track pants on the golf course, so I want to create a pair that’s appropriate for a tournament that’s fancy but still comfortable.” – Kathryn Newton

“Yes! I’ve always been such a nerd, I’ve always loved going to a real school. I went to an all-girls Catholic school in Florida, and then I went to Notre Dame High School in Sherman Oaks, California.” – Kathryn Newton

“There was this feeling in the last scene where they’re taking me away in the car, I had this thought of, mm, you haven’t gotten me yet. I just don’t know that they’ve gotten her yet, and I don’t know what she wants to be the leader again.” – Kathryn Newton

Now that you know all about Kathryn Newton’s net worth, and how she achieved success; let’s take a look at some of the best lessons we can learn from her:

Sometimes the only way to ever find yourself is to get completely lost.

You were born to win, but to be a winner you must plan to win, prepare to win, and expect to win.

The level of success you achieve will be in direct proportion to the depth of your commitment.

How much is Kathryn Newton worth?

Kathryn Newton’s net worth is estimated to be $1 Million.

How old is Kathryn Newton?

How tall is Kathryn Newton?

Kathryn Newton is an American actress who is best known for her outstanding role performance in multiple TV shows and films including the Netflix series The Society, Gary Unmarried, Paranormal Activity 4, Supernatural, and Halt and Catch Fire, just to mention a few.

As of February 2023, Kathryn Newton’s net worth is approximately $1 Million.

What do you think about Kathryn Newton’s net worth? Leave a comment below.