Which are your favorite Kim Lee quotes?

She is successfully amassed more recognition globally having been featured in the Netflix reality show ‘Bling Ring’. She has ventured into acting, landing a small role in the U.S. movie box office hit ‘The Hangover II’ before finally deciding to focus entirely on her DJing career.

Kim initially pursued a modeling career, having successfully appeared on runways for internationally renowned designers such as ‘Marc Jacobs’ in Paris and New York. As a DJ, she has performed at massive festivals for some of the most recognized brands, including ‘Hennessy’, ‘Budweiser’, and also opened for famous DJ ‘Steve Aoki’ during his Asia Tour 2013.

Here’s our collection of the best Kim Lee quotes:

1. “I already have a lot of Asian rapper friends, but I didn’t realise Malaysia has such a big hip-hop scene there. Same with Thailand.” – Kim Lee

2. “I really don’t consider myself a model even though I’ve shot for many magazines. It’s more of a hobby for me.” – Kim Lee

3. “But, to stay in the room, you need more than just looks. You need to have the skills, the right attitude, and even a bit of luck.” – Kim Lee

5. “It was time for something new and different and I’m now producing music and doing my own thing. It actually made me hustle even harder cause I’m like damn okay I’m on my own I better succeed.” – Kim Lee

6. “I went to Scratch Academy in LA and I learned how to use a turntable and everything.” – Kim Lee

7. “I’d have days where I’m not feeling too good but I still need to maintain energy [to perform]. But I’m able to switch that switch on and off.” – Kim Lee

8. “I read some of the comments at times and some people think I’m funny or a good actress but to me, I’m just having fun and I play the crazy girlfriend quite well. ” – Kim Lee

9. “Jian Hao reached out to me on Instagram and since I come to Singapore often I was like why not? I think our videos are relatable.” – Kim Lee

10. “I go to Hai Di Lao Hotpot! OMG, I love Chinese hot pot so much I can probably eat that every day. You can also find me at Orchard Road at the Bape store or any of the designer stores.” – Kim Lee

11. “I really suck with bowling, to be honest with you, but then when I met Jay, I was really confident, just joking around saying, “Hey, I’m gonna beat you.” And I really did. I really killed him in bowling. I made a little bit of money on the side. MTV doesn’t know this, because it was a bet.” – Kim Lee

12. “I met many people who didn’t believe in me. But I just kept at it, and was stubborn enough not to take no for an answer.” – Kim Lee

14. “Well, unfortunately, we had a big falling out. We grew apart have different visions and I’ve now been solo for 3 years. It’s been great cause that was the plan I’ve had for a while.” – Kim Lee

15. “I knew that it wasn’t going to be easy to forge an electronic music career for two reasons. One, I was a woman in a male-dominated industry, and two, I was Asian.” – Kim Lee

16. “I have nothing but great things to say for Apl.de.Ap because he’s the one that encouraged me to be where I’m at right now. But being around them, they’re just always trying to motivate you, encourage you, and it’s really nice to have friends that are pushing you be to better and better. You know, they’re really fun, we’re all from LA, so it’s like we bump into each other at the club, so yeah.” – Kim Lee

18. “I would love to collaborate with MIA, Tommy Genesis, Xxxtentacion, Swae Lee and there are couple more but that’s just off the top of my head that I can think of.” – Kim Lee

19. “I love artists like Kanye West, Travis Scott, Drake. That would be a dream if I could even collab with them, I think anybody would want to.” – Kim Lee

20. “Here I am, trying to be more conservative, and my parents are pushing me to look sexier. They keep telling me to give the people what they want.” – Kim Lee


21. “When they finally understood my job and accepted it, that made me really happy. They were my biggest fans and always asked when my next show was, unfortunately, my grandfather passed away last year. Rest his soul.” – Kim Lee

22. “I beat Jay Park [in Ep 1] in bowling; I beat $tupid Young in basketball. I made them look so bad [that] they were mad. They didn’t wanna air it. That’s a very proud, unforgettable moment for me. [I] couldn’t believe it [happened] either.” – Kim Lee

23. “Just because you’re good-looking, it could be hard in relationships. People think you probably have many girlfriends or boyfriends when really, you’re home by yourself eating popcorn. They automatically don’t trust you. Also, if you’re a female working in a male-dominated industry, that could be hard too as they don’t take you seriously and think, “oh, you have this opportunity ‘cause you’re pretty”. That’s true to a certain degree. I think it helps, for sure, but after that, you gotta really show you got what it takes and the talent, especially in the DJ world.” – Kim Lee

24. “My grandparents thought I was going to mess up my life.” – Kim Lee

26. “When I first started off, I was like, wait, I really love how Diplo and Skrillex were interacting with the people and the audience and making sure everybody in the room have a good time.” – Kim Lee

27. “Yeah, cause I have so much going on, I’m not just doing music, I’m doing like TV stuff now, I’m getting to films, so I feel like, I’m like all over the place but that’s still my bucket list to collaborate with other DJs.” – Kim Lee

28. “This show actually helps people understand what Asian hip-hop is about. China has The Rap of China. Korea has Show Me the Money. [On YO! MTV Raps], it’s different cultures from all over Asia coming together — the best of the best, and that’s very powerful.” – Kim Lee

29. “I think LA is kind of small in the show business (so) everyone knows everybody.” – Kim Lee

30. “I’m collaborating with my friend Lil Debbie on our new project called “GRLZ” we have tons of music coming.” – Kim Lee

31. “I travel overseas a lot so there are times when I would fly for over 20-something hours and would have to rush to my hotel to get ready for my show while being jetlagged.” – Kim Lee

32. “I have two sides about me. My image is this party girl and people seem to think I’m stuck up judging from the photos but I have another side to me that just loves being home with no makeup and family is important to me.” – Kim Lee

33. “Yes, a fan showed up to my show and gave me jewellery and pearls but it was all fake. Later, I saw him at a show of mine in Chicago and he ran up to me and gave me flowers and a love letter with a drawing of me and him kissing. And he ran away after that.” – Kim Lee

34. “When I released ‘Boss B****’ with rapper Lil Debbie two years ago, the track did so well that her manager asked me if we wanted to be a duo. It was very rare for a hip-hop artist to layer vocals over a house beat, so what we did was unique and had potential. But, I just couldn’t do it.” – Kim Lee

35. “And because I do so much modeling in Asia already, there was like crazy press release saying Kim is like the biggest DJ (my background is Vietnamese and French). Because they gave me an opportunity, I started opening up for Steve Aoki, doing shows with Martin Garrix, this is the prime of EDM. So everything just happen.” – Kim Lee

36. “My advise to artist and DJs is to just keep hustling and it be great to find a manager or an agency, cause they will help take you to the next level.” – Kim Lee

37. “The whole thing happened so fast. I’ve always wanted to work with MTV Asia and Yo! MTV Raps is such an iconic show, so when they called me to audition for the part of the host about a month before it went into production, I went for it.” – Kim Lee

39. “I’m constantly watching a lot of motivational videos on YouTube and a lot of TED Talks.” – Kim Lee

40. “It started in 2012, when I was still hanging with the Black Eyed Peas, I’m really good friends with them. And long story short, they told me they were looking for artists and DJs to manage and I was like, “Hey, I want to learn how to DJ” and so they encouraged me.” – Kim Lee

Thanks for checking out this collection of quotes from Kim Lee! Don’t forget to share them on social media with your friends and family.

Which are your favorite Kim Lee quotes? Leave a comment below. 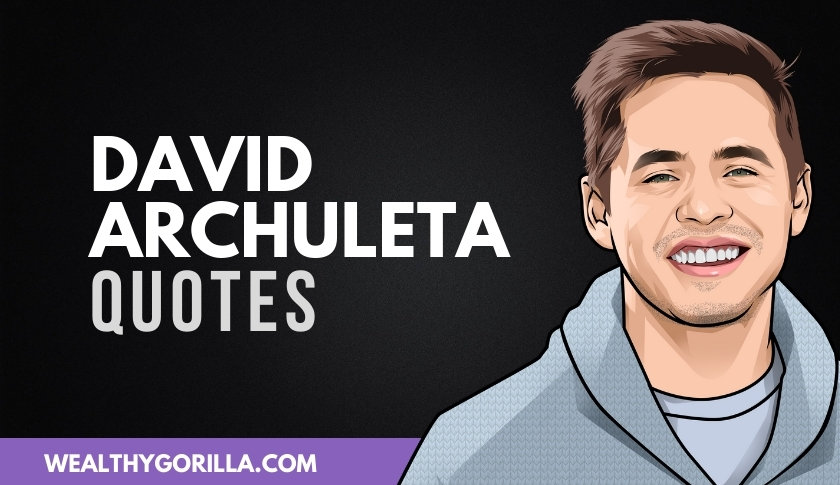 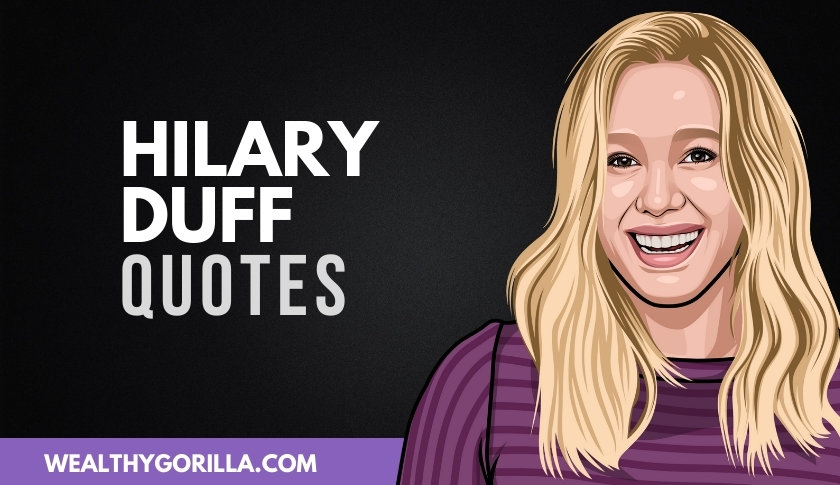 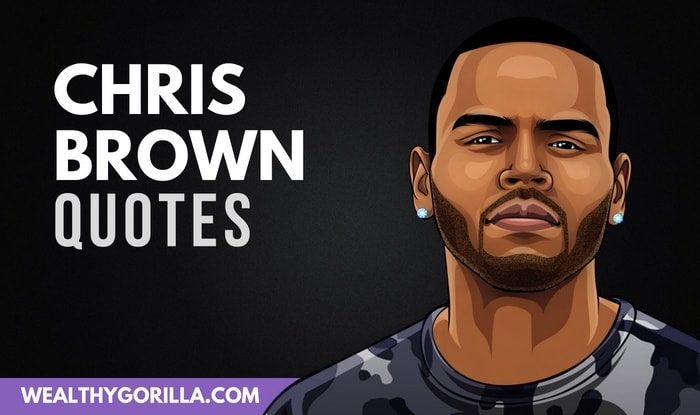